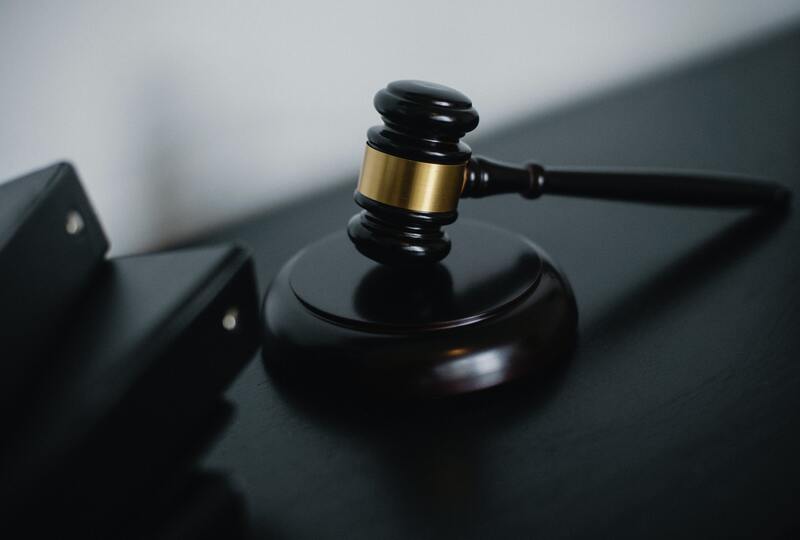 Over the past two years, federal courts nationwide have encountered a rash of cases in which plaintiffs go to court to ask that suspicious arbitration awards be “confirmed” against the party that they claim owes the putative damages. These cases are related to a new tactic used by the sovereign citizen movement, the longstanding anti-government extremist movement whose adherents don’t believe in the legitimacy or authority of the U.S. government. This new tactic utilizes fake arbitration entities to issue bogus arbitration “rulings” on behalf of their “clients” that direct targets (often creditors) to pay huge sums in illegitimate awards and damages.

These “rulings” and “damages” serve to intimidate and harass creditors and other victims and are also designed to further clog a court system sovereigns believe is illegitimate. As has happened with various prior sovereign citizen tactics, if ignored, this new tactic is likely to become more popular with sovereigns, leading to increased use and yet more problems. Federal and state prosecutors alike should be on the lookout for sovereign citizen arbitration schemes and the possible violations of law that can accompany them.

Now a half-century old, the sovereign citizen movement is a movement whose adherents believe that long ago a massive conspiracy infiltrated the government and slowly subverted it into a tyrannical, illegitimate entity.  Sovereign citizens claim they can extricate themselves from this illegitimate government, at which point it no longer has authority or jurisdiction over them.  Over the decades, the movement has accumulated hundreds of thousands of adherents in the United States and has spread to many other countries as well.

Although the sovereign movement is a dangerous movement whose adherents frequently engage in violence, including murder and terrorism, most sovereign citizen tactics involve the use of pseudo-legal jargon and filings to achieve various ends, ranging from harassing perceived enemies to extricating themselves from financial obligations to orchestrating complex frauds or scams. Sovereign citizens are also fascinated with governmental, judicial and quasi-governmental or judicial agencies and frequently create their own versions of these bodies.  Sovereigns have fabricated courts, grand juries, government offices and agencies, Native American tribes, colonies, law enforcement entities and more.

Now bogus arbitration agencies can join the list of spurious sovereign creations. Valid arbitration associations and the arbitrators they certify are used by parties to help resolve disputes without going to court.  For example, many companies that provide goods or services insert mandatory arbitration clauses into contracts, including user agreements, requiring that disputes go to arbitration rather than litigation. Some employers and unions may also have contracts that have arbitration clauses for the settling of disputes. The key requirement is that there is an agreement beforehand (albeit often one that consumers have no effective say over) that any disagreements will go to arbitration and the parties will abide by the decisions of arbitrators or mediators.

Sovereign arbitration associations operate very differently, without prior arrangement or the consent of both parties. There is some evidence that sovereign citizens may have employed bogus arbitration tactics as early as 2014, but the current rash of cases dates back to 2019.

ADL’s Center on Extremism has identified at least four current promoters of the tactic, though there may be others as well. The largest and most active is the Sitcomm Arbitration Association, also known as Satcomm [sic], among other names. It has several purported arbitrators, and a director identified as Sandra Goulette, but according to various court documents, it is actually operated by a California sovereign citizen activist originally named Keefe Branch.

Branch has used a variety of aliases and has even legally changed his name over the years, from Brett Jones to the unwieldy Brett Randoff Toriano Keeffe Henry Kana-Shaphel Hithrappes Jones-Theòphilus, but in 2020 he legally changed his name to EeoN. The various name changes may have been attempts to avoid being recognized as a sex offender after he was convicted in Arizona of sexual misconduct with a minor in 1998. In 2019, EeoN—at the time known as Brett Jones—was convicted of failing to register as a sex offender in California.

EeoN shares his various sovereign citizen teachings primarily through his many YouTube videos, but has also created a website to market Sitcomm’s services. Sitcomm likens its own role as arbitrator to that of television court shows such as Judge Judy. Its arbitrators are based in various states but handle cases nationwide. Its basic arbitration packages sell for around $500.

Smaller and more secretive than Sitcomm is the HMP Arbitration Association (also known as the Healing My People Arbitration Association, HMP Dispute Resolution, and Healing My People Ministries, among other names).  HMP Arbitration Association is run by a California-based sovereign citizen, Robert Dale Presley, and while it appears to be more or less a one-person show, other people have signed their names as witnesses to HMP filings, and another sovereign citizen has served as a notary for Presley. Although HMP did at one point have a very bare-bones website, most of its business appears to have been, as Presley himself told a judge, through “word of mouth.”

Presley recently spent more than four months in jail in Texas after ignoring a judge’s order to appear in court in a case involving one of his “arbitrations.” Presley responded to the judge’s initial summons with a document that essentially accused the judge of “High Treason” and threatened him with damages.

A third arbitration entity is a website called YouAreLaw.org, though it also uses the name Trinity Freedom Ministries. The site, run by Theron Jay Marrs, a longstanding sovereign citizen guru, includes template arbitration documents as well as testimonials, including one post from February 2020 from a user who claimed they used an arbitration document (presumably provided by Marrs) in their DUI case. In a 2019 video purporting to teach people how to “monetize” their arbitration awards, Marrs acknowledged EeoN as the source for many of his arbitration ideas.

Most bogus arbitrations are intended as tactics to forestall foreclosures or debt collection, but one website uses them for a different purpose. As its name suggests, Getmychildrenback.com is a website that claims to be able to help parents whose children have been taken from them by child protective services (CPS).  “There is NOTHING like the feeling you get when someone comes to your door with a man with a gun and DEMANDS that you hand over your child,” the site warns. Using sovereign citizen-style pseudo-legal language, the site promises their online courses will teach people how to get their children back from CPS. This strategy involves people opening their own “private court,” then moving to arbitration.

Some of these arbitration schemes are clearly aimed at homeowners fearful of losing their homes to foreclosures. As one court put it, they “[prey] upon unsuspecting debtors by issuing fraudulent and false arbitration [decisions].” Getmychildrenback.com obviously markets its “services” to parents who have had their children taken from them for some form of suspected abuse. For both uses, these sovereign “arbitrators” are victimizing their customers, taking money for a service they cannot actually provide.

There is evidence that some people involved in providing bogus arbitration for others also attempt to use the schemes themselves—in other words, at least some users are knowing participants fully aware of the nature of the scheme, rather than simply “unsuspecting debtors.”  EeoN, for example, filed a bogus arbitration award for himself in December 2019 for $600 million in a filing against the California Department of Corrections and Rehabilitations. Similar, he filed an arbitration award for himself several months later against companies related to Google. In such cases where sovereigns themselves employ their own pseudo-legal tactics, the intent is often either to harass the other party involved or to slow down or delay proceedings.

Others who have assisted sovereign “arbitrators” in their schemes also used such schemes themselves as well. A Texas sovereign citizen, Sybil Joy Ehninger High, who filed an arbitration award from Robert Presley in her own foreclosure case, has also served as a notary for Presley. A judge in a Texas custody case involving Getmychildrenback.com noticed that a woman named Mary Clayton, who was the purported arbitrator in that case, had also filed an arbitration award for herself in Iowa, while the arbitrator in the Iowa case, a woman named Rebecca Bogard, was the person involved in the Texas case. Essentially each served as arbitrator in the other’s child custody case.

Though details can vary from case to case and from one bogus arbitration scheme to another, the schemes generally follow a process similar to the generic example described below, which has been pieced together from descriptions of the arbitration schemes that have appeared in various court cases as well as in documents and filings from sovereign arbitration entities themselves.

It is only with this final step that actual courts are likely to come across one of these schemes, as they investigate an award confirmation request to determine if it is valid (which it is not).

So far, however, federal judges appear to have recognized the spurious nature of the arbitration awards and have refused to confirm any of them.

This appears to have led some of the arbitration entities to abandon the sixth step as being counterproductive. Getmychildrenback.com, for example, announced on its website that the arbitration awards cannot be confirmed in a federal court: “It will have to be done in a circuit court that is NOT federal.” This may mean that in the future sovereigns will be more likely to file arbitration confirmations in state courts rather than in federal court, in the hope that state courts may be less attentive than federal courts. It may also mean some people may try to “confirm” the arbitration awards using bogus judicial entities created by the sovereign citizen movement itself, such as “common law courts” and “jural societies.”

Clearly efforts need to be made to warn people to avoid being taken in by these bogus arbitration entities that promise them the sky, or there is a good chance they will become even more numerous as more sovereigns peddle them. This has happened in the past with other sovereign citizen tactics such as mortgage elimination schemes. Federal and state regulators and prosecutors also need to be aware, as do banks and other creditors, to be able to recognize when they have become one of its latest victims.