No Sign of Slowdown for Islamic Extremism Arrests in the U.S. in 2016 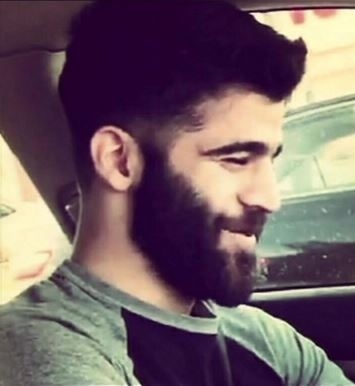 Two U.S. residents were arrested on Islamic extremism related terror charges in the first week of 2016 and a third allegedly committed a shooting on January 7 on behalf of the Islamic State of Iraq and Syria (ISIS). Following record-breaking numbers of terror related arrests in 2015, these new arrests portend similarly high levels of Americans engaging in plots and other activity motivated by Islamic extremist ideology in the coming year.

Aws Mohammed Younis Al-Janab, a resident of Sacramento, California, was arrested on January 6, 2015. Al-Janab, an Iraqi-born man who had moved to Syria and then come to the U.S. as a refugee from Syria in 2012, is accused of making false statements in a terror-related investigation. Al-Janab had originally left the U.S. to fight with Ansar al-Islam, a Syrian terrorist group, between 2013 and 2014. Ansar al-Islam had been affiliated with Al Qaeda until August 2014, at which time it merged with ISIS.

Omar Faraj Saeed Al Hardan, a resident of Houston, Texas, was also arrested on January 6, 2015. Al Hardan, who entered the U.S. as a refugee from Iraq in 2009 and is currently a U.S. permanent resident, is charged with providing material support to a terrorist organization by attempting to join the ISIS and with lying in his naturalization application.

The two individuals arrested were Iraqi born men of Palestinian descent who entered the U.S. as refugees. They reportedly communicated with each other regarding their extremist aspirations.

In 2015, only 3 U.S. residents linked to terror motivated by Islamic extremism had entered the U.S. as refugees. One of the three, Harlem Suarez, entered the U.S. as a refugee when he was a child but appears to have converted to Islam and radicalized while in the U.S.; Suarez was a U.S. permanent resident when he was arrested for attempting to bomb a Florida beach in support of ISIS.

78 U.S. residents in total were linked to terrorist activity motivated by Islamic extremism in 2015. A full list of the individuals, as well as extensive analysis, is available in the ADL report, “2015 Sees Dramatic Spike in Islamic Extremism Arrests.”

In October 2015, FBI Director James Comey indicated that there were 900 open investigations of suspected homegrown extremists, the majority of which are related to the Islamic State of Iraq and Syria (ISIS). Since that time, there have been 12 U.S. residents linked to terror, at least three of whom (San Bernardino shooters Tafsheen Malik and Syed Rizwan Farooq and Farooq’s friend, Enrique Marquez) had not been monitored by law enforcement prior to the San Bernardino attack in December 2015.