Now is the Time to Pass the Equality Act 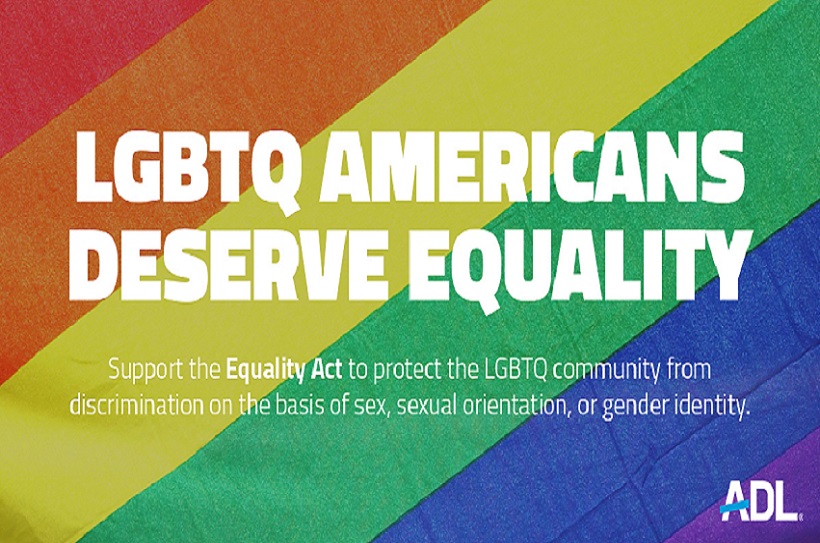 When the U.S. Supreme Court last summer ruled in favor of a Colorado baker who refused to sell a wedding cake to a same-sex couple based on religious beliefs, its decision was a wake-up call – and underlined the need for further legislative action by elected officials and communities. While disappointing, the Court’s narrow decision reaffirmed the right of LGBTQ individuals to be free from discrimination, and left in place statewide nondiscrimination protections. However, at a time when the federal government continues to advance discriminatory policies that undermine LGBTQ rights, many feared that the narrow ruling would also encourage those who would seek to deny LGBTQ Americans basic protections from discrimination.

That fear is understandable.  For example::

While we have gained significant progress toward LGBTQ equality and rights in federal courts across the country the continued nominations of federal judges who have shown hostility toward the LGBTQ community are deeply concerning.

Against this backdrop, LGBTQ Americans remain unprotected from discrimination in 30 states and are facing concerning levels of discrimination across the country. State lawmakers continue to attempt to strip LGBTQ rights or pass legislation that would sanction government discrimination. For example, Tennessee House Bill 563, which recently passed the Business Subcommittee of the Tennessee House of Representatives, would immunize private employers and businesses from local laws that prohibit discrimination against LGBTQ people.

We need the federal Equality Act, re-introduced in Congress today by Rep. David Cicilline (D-RI) and Sen. Jeff Merkley (D-OR), with more than 230 cosponsors. This bipartisan legislation would finally add clear and comprehensive non-discrimination protections for LGBTQ people. It would prohibit discrimination based on an individual’s sexual orientation or gender identity at work, in housing, credit, education and jury service. It would also prohibit discrimination based on sexual orientation, gender identity and sex in programs that receive federal funding and places of public accommodations.

Momentum is growing for the Equality Act’s passage. In November, Massachusetts overwhelmingly upheld transgender non-discrimination protections in the country’s first statewide referendum on transgender rights. And in January, New York finally passed the Gender Expression Non-Discrimination Act (GENDA), offering full nondiscrimination protections to all LGBTQ people in New York. In addition, the Human Rights Campaign (HRC) has announced that more than 160 leading American companies have joined its Business Coalition for the Equality Act supporting the LGBTQ community and equality for all.

Comprehensive federal non-discrimination protections for LGTBQ Americans are long overdue and urgently needed. Our federal laws must ensure the dignity of LGBTQ Americans and their ability to access all areas of daily life free from discrimination. These are the most basic of rights that should be afforded to all Americans.

We need to use the renewed call to action and growing momentum to finally advance the Equality Act – an essential step for securing justice and equality to all.