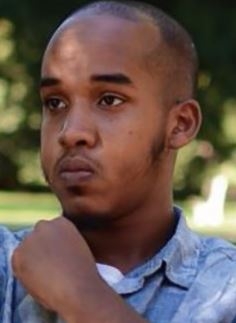 Update – 11/30/2016: ISIS claimed credit for the attack through its Amaq news outlet on November 29, calling Artan a “soldier” of the Islamic State. ADL has written about what it means when ISIS claims credit for attacks here.

Law enforcement officials have not yet ascribed a motive to yesterday’s attack at Ohio State University but both the choice of weapons and social media posts by the alleged perpetrator, Abdul Razak Ali Artan, strongly indicate that it was inspired by Islamic extremist ideology.

If that is confirmed, it would be the sixth domestic attack inspired by Islamic extremist ideology or propaganda that resulted in injuries or deaths this year. It also contributes to a disturbing trend of attacks undertaken with non-traditional weapons – a tactic actively encouraged by propaganda from both ISIS and Al Qaeda.

The attack was reportedly carried out by 18-year-old student Abdul Razak Ali Artan, a permanent resident originally from Somalia, who rammed into pedestrians with a car before exiting his vehicle and attacking with a knife. At least nine individuals were injured at Ohio State, with no fatalities except for Artan.

A publication released by Al Qaeda in the Arabian Peninsula (AQAP) after the July 14 attack in Nice, France, provided instructions and encouragement for vehicular attacks followed by shooting into the crowd. And vehicular attacks were the main subject of the newest issue of ISIS’s English-language magazine, Rome, which was released online on November 12, 2016. Additional propaganda materials encouraging the use of any weapons available, including knives, guns and vehicles, have been released by both ISIS and Al Qaeda throughout 2016.

Prior to the attack, Artan reportedly posted a message indicating that he was inspired by Islamic extremist ideology on Facebook. The message called on the U.S. to "make peace with 'Dawla in al sham,'" an Arabic name for ISIS, and called on readers to "listen to our hero, Anwar al-Awlaki." Awlaki, an American cleric and English-language propagandist for Al Qaeda in the Arabian Peninsula, was killed in a drone strike in 2011, but his speeches and quotes remain popular among extremist individuals and those radicalizing today.

Other domestic attacks that resulted in injuries or fatalities in 2016 included the shooting of a police officer in January that did not result in fatalities; the shooting at the Pulse nightclub in Orlando in June that resulted in 49 deaths; a double stabbing in Virginia in August that was not fatal; the stabbing of 10 people in a mall in Minnesota in September that left only the perpetrator dead; and the placement of bombs in New York and New Jersey in September, which resulted in injuries but no deaths.

Casualties from the Orlando shooting make 2016 the year with the most murders related to domestic Islamic extremism since 2001.

Artan is the 20th Ohio resident linked to activity motivated by Islamic extremist ideology since the start of 2010. The list includes: