A Passover Reflection on Vestiges of American Slavery

As Jews gather around the Seder table to tell the story of the Exodus from Egypt, we are commanded to tell the story as if we had personally fled slavery. We will read from the Hagaddah, “This year we are slaves. Next year may we all be free.” 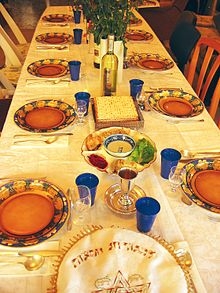 In grade school we learned in history classes that the 13th Amendment abolished slavery in the United States in 1865. What fewer learn or remember, however, is that there is one critical exception: the 13th Amendment abolished slavery “except as a punishment for crime.” For decades after the abolition of slavery, Southern states engaged in “convict leasing”—the practice of sending people convicted of crimes to work on plantations or for private corporations like railway contractors. Perhaps unsurprisingly, nine-tenths of people imprisoned were black.

In 1893, in The Reason Why, Frederick Douglass wrote this of African Americans caught up in the abhorrent system:

Possessing neither money to employ lawyers nor influential friends, they are sentenced in large numbers to long terms of imprisonment for petty crimes. The People's Advocate, a Negro journal, of Atlanta, Georgia, has the following observation on the prison showing of that state for 1892. ‘It is an astounding fact that 90 percent of the state's convicts are colored; 194 white males and 2 white females; 1,710 colored males and 44 colored females. Is it possible that Georgia is so color prejudiced that she won't convict her white law-breakers? Yes, it is just so, but we hope for a better day.’

Thankfully, the United States no longer engages in convict leasing. But the shameful history of a system that incarcerated an overwhelmingly African American population and continued to enslave them after the official abolition of slavery plagues us to this day. Almost 125 years after Frederick Douglass wrote those words, racial injustice still runs throughout our criminal justice system.

Studies show that crime rates do not account for the racial disparities in the criminal justice system. Rather, laws that punish particular behaviors more than others, as well as systemic racism that undergirds policies and practices, all contribute. For example, studies confirm that whites are just as likely to use drugs as African Americans—and are as likely or even more likely to deal drugs—but police are twice as likely to arrest African Americans for drug crimes as whites. In some states, African American men are serving time for drug-related charges at a rate that is twenty to fifty times higher than rates for white men.

Racial disparities pervade each step in the criminal justice system—from stops to arrests, prosecution to sentencing. For example, prosecutors are approximately twice as likely to file charges against African American defendants that include mandatory minimums, and African American men on average serve ten percent longer sentences for the same crime as white men. In Georgia, where a “two strikes and you’re out” law imposed a life sentence for a second drug offense, for example, district attorneys invoked the law one percent of the time in prosecuting white defendants accused of a second drug offense, but 16 percent of the time in prosecuting African American defendants accused of a second drug offense. The result was that 98.4 percent of people serving life sentences under the two strikes law were African American. Race—including conscious and unconscious biases—clearly continues to play a deeply troubling role throughout the criminal justice system.

As we begin the Passover celebrations, and tell the story of the liberation from slavery in Egypt, may we also think about the vestiges of slavery here in the United States. May we commit ourselves to ending mass incarceration and working towards more justice in our criminal justice system. As Frederick Douglass hoped for a better day, may we commit ourselves to creating one. And next year, may we all be free.