Post-Election: What You Can Expect From ADL 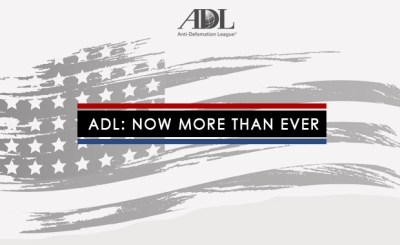 As you may have seen, ADL welcomed President-elect Donald Trump’s pledge to be a president for all Americans and to seek the common ground and reconciliation that has been the hallmark of all presidential transitions that follow American elections. We take the President-elect at his word and are prepared to engage optimistically with the new Administration.

That said, we at ADL cannot and will not simply ignore the fact that this campaign brought out many of the worst elements of our society.  We saw a mainstreaming of anti-Semitism and a normalization of bigotry that deeply concerned us. Already there have been troubling signs of a spike in hate crimes in the days after the election. As we look ahead, ADL will be vigilant against extremism and relentlessly hold the new administration accountable. You can expect ADL to be unwavering in its commitment to fighting anti-Semitism, racism and bigotry.  We will monitor developments and speak out.

And wherever and whenever Jews, minority groups, immigrants, and others are marginalized or our civil liberties are threatened, ADL vigorously will defend those rights.  We are committed to maintain our track record of advocacy and action that placed us on the front lines of the major civil rights battles of the last century.  We will not shrink from the fight ahead regardless of where it takes us.

What can you expect from us?

You can also expect us to continue to speak truth to power.  We are very proud of our record of leadership over the course of this election season when we spoke out frequently against anti-Semitism and bigotry, always taking positions rooted in principles, not politics.  And more often than not, we stood alone.

ADL has, and will continue to, speak out and take action against hate and bigotry.  When we do so, we do it consistently and impartially, guided by the long-standing principles that have defined ADL since our founding in 1913.