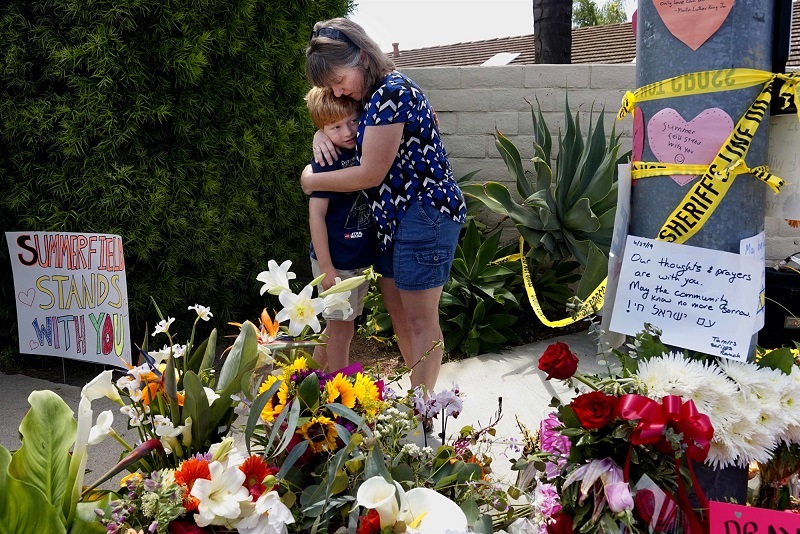 On Saturday, April 27, 2019, A man opened fire at the Chabad of Poway synagogue in Poway, California, killing one worshipper, a 60-year-old woman who was mourning her mother’s recent death, and injuring three more, including the rabbi. Police apprehended John T. Earnest as the sole suspect in the shooting. It was the Jewish sabbath and the last day of Passover, a holiday celebrating the Jews’ delivery from oppression.

Earnest, 19, was a nursing student in nearby San Diego. He was also, it seems, a dedicated white supremacist. A manifesto purportedly written by Earnest was uploaded to the document hosting site PasteBin shortly before the attack. Brenton Tarrant, the Australian white supremacist who attacked two mosques in Christchurch, New Zealand, on March 15, 2019, killing 50 worshipers and wounding many more, also used PasteBin to share his manifesto. Tarrant and Earnest’s manifestos shared many of the same themes and rhetoric.

Earnest’s manifesto, which includes Islamophobic language as well as extreme anti-Semitism, underscores the threat that right-wing extremism poses to Jews and Muslims alike. It claims that before Earnest reportedly attacked the Poway Chabad, he “scorched a mosque in Escondido with gasoline a week after Brenton Tarrant’s sacrifice” and spray-painted a reference to Tarrant in the parking lot. Earnest appears to be referring a March 24, 2019, arson incident at the Islamic Center of Escondido, California, which did contain such a reference. Authorities have acknowledged that they are examining Earnest’s manifesto as part of their investigation into the arson.

White supremacists target people of color, immigrants, and the LGBTQ community.  When it comes to violence against religious faiths, they disproportionately target Jews and Muslims. Christian institutions are rarely targeted by right-wing extremists, and in most cases, such as the 2015 shooting attack by white supremacist Dylann Roof at the Emanuel AME Church in Charleston, South Carolina, the basis for the attack is racial, not religious, hatred.

In the U.S. today, white supremacists pose the greatest risk of right-wing violence against Jews. Today’s white supremacist ideology is dominated by the idea that the white race is threatened with extinction at the hands of a rising tide of inferior and degenerate non-whites who are controlled and manipulated by Jews. White supremacists portray Jews as cunning, loathsome parasites who influence the actions of entire races or societies to the advantage of Jews and to the detriment of the white race. Earnest’s manifesto echoes such claims, providing a lengthy list of Jewish “sins” against the white race, from promoting feminism to promoting mass immigration to promoting “race mixing.”

Similar ideas appear to have motivated Robert Bowers, the white supremacist who attacked the Tree of Life Synagogue in Pittsburgh, Pennsylvania, in October 2018, killing 11 people and injuring several more. Bowers justified his attack by claiming that Jewish organizations such as the Hebrew Immigrant Aid Society were “bring[ing] in invaders that kill our people.”

Muslims in the U.S. face a very similar threat from American white supremacists, who perceive Islam as “foreign” and non-Western; that xenophobia is heightened by the fact that most Muslims in the United States are not white, and many are immigrants (part of that non-white “invasion” orchestrated by Jews).

But Islamophobia reaches beyond white supremacists to other right-wing extremist movements, including single-issue anti-Muslim extremists, as well anti-immigrant and anti-government extremists such as militia groups.

America’s anti-Muslim movement began to take shape in the 1990s; its followers were intent on portraying all Muslims as hateful and as terrorists or terror sympathizers, and Islam itself as savage and barbaric. Islamophobia was further stoked by the 9/11 attacks, which were carried out by foreign terrorists who had adopted a perverted iteration of Islam, and by America’s involvement in wars in the Middle East and Afghanistan.

Recent attacks on and plots against U.S. Muslim institutions or communities by anti-Muslim extremists and the militia movement include: