U.S. President Joe Biden, who is currently visiting Israel, the Palestinian Authority, and Saudi Arabia, reiterated the strong friendship and strategic alliance between Israel and the United States, paid tribute to Holocaust survivors, and even self-identified as a Zionist, at a time when the term is being demonized by Israel’s detractors.

Outraged by this show of support for the Jewish State, individuals and groups in the anti-Israel movement in the United States assailed President Biden while invoking malicious and antisemitic tropes about Zionism and Israel, as part of an attempt to associate both with racism and settler-colonialism.
Much of the inflammatory rhetoric focused on President Biden’s self-identification as a Zionist, specifically his comment, “You need not be a Jew to be a Zionist.” Some of President Biden’s critics made the conspiratorial allegation that President Biden and the U.S. “ruling class” are Zionists because it serves their economic interests. This allegation plays into antisemitic tropes of Jews and money, as well as of Jews and global power.

Others blatantly demonized Zionism and delegitimized Israel’s right to exist by referring to the Jewish state as “the illegal Zionist entity,” invoking antisemitic rhetoric to attack this important diplomatic event. Others conflated the U.S. and Israeli contexts by referring to both countries as “settler-colonial states” that use the same “tools of repression,” a hallmark tactic of anti-Israel activists.

The following are examples from recent days: 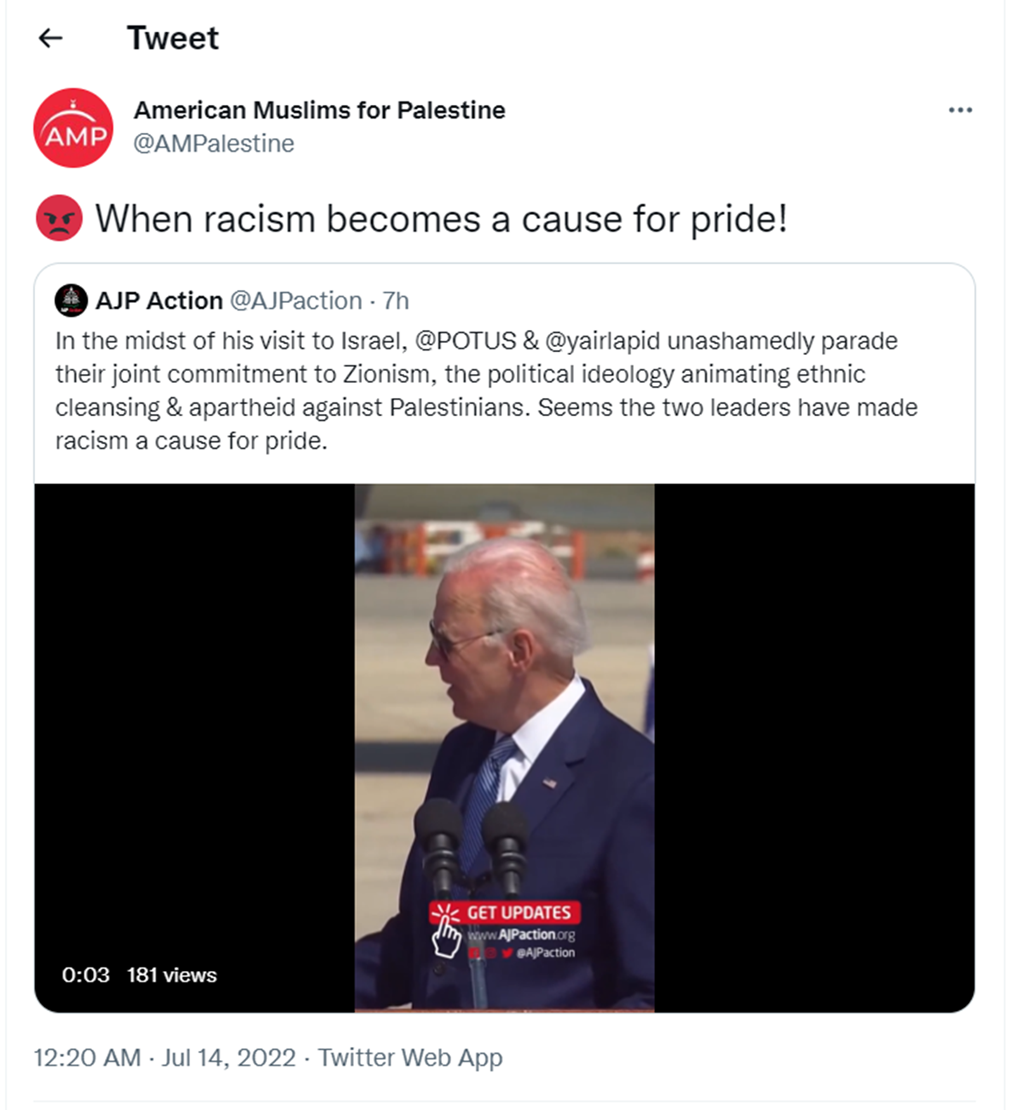 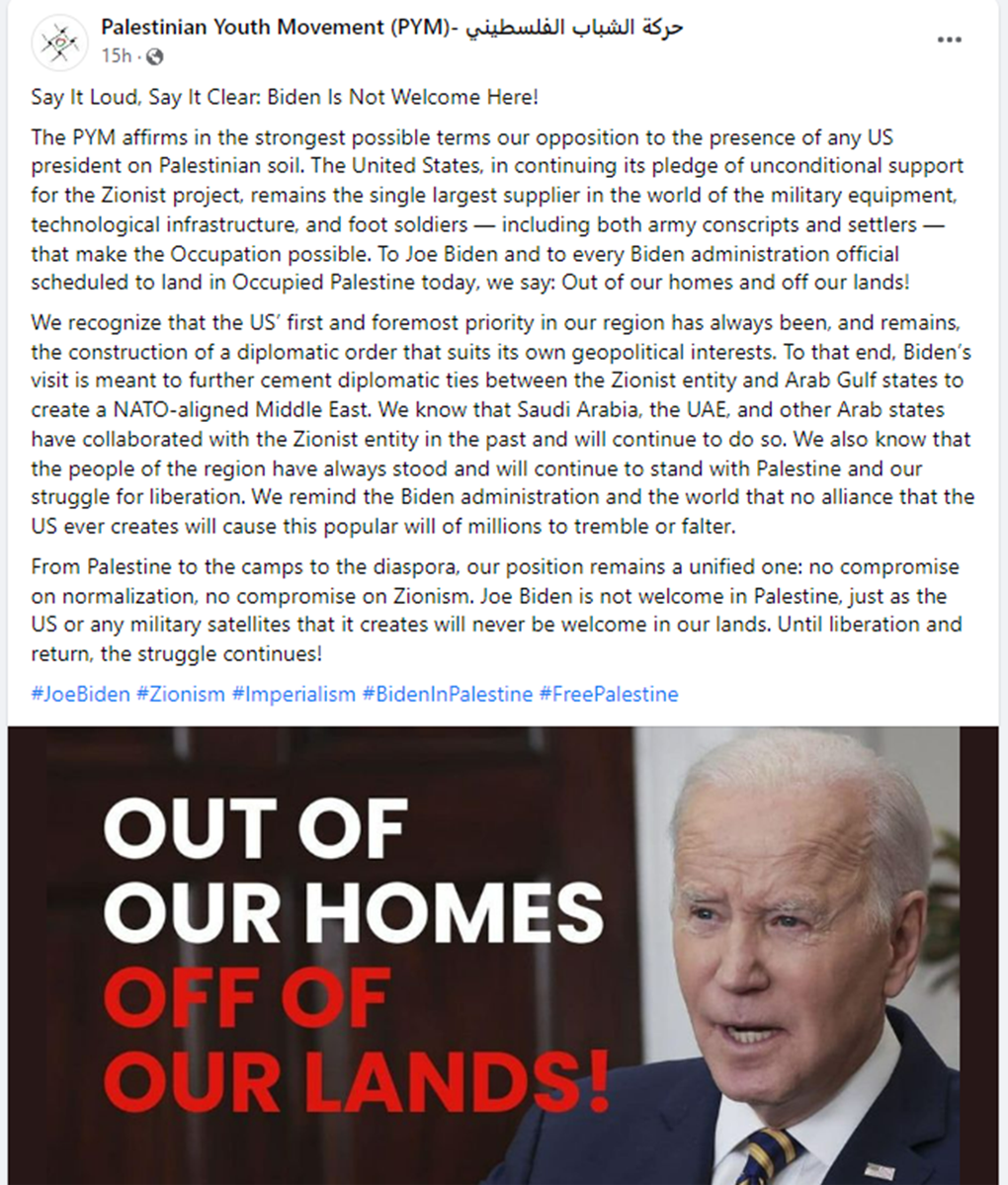 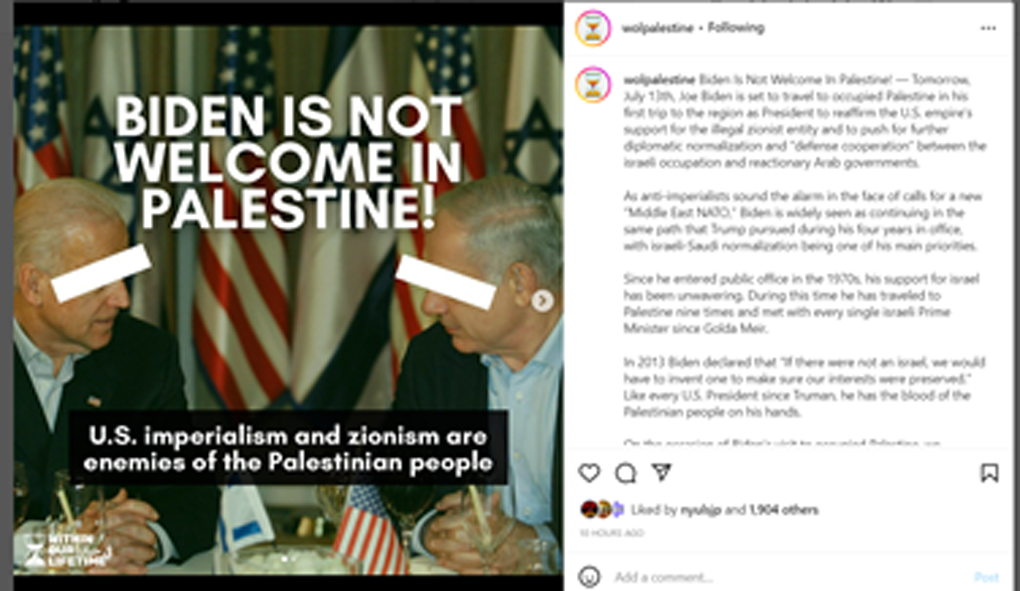 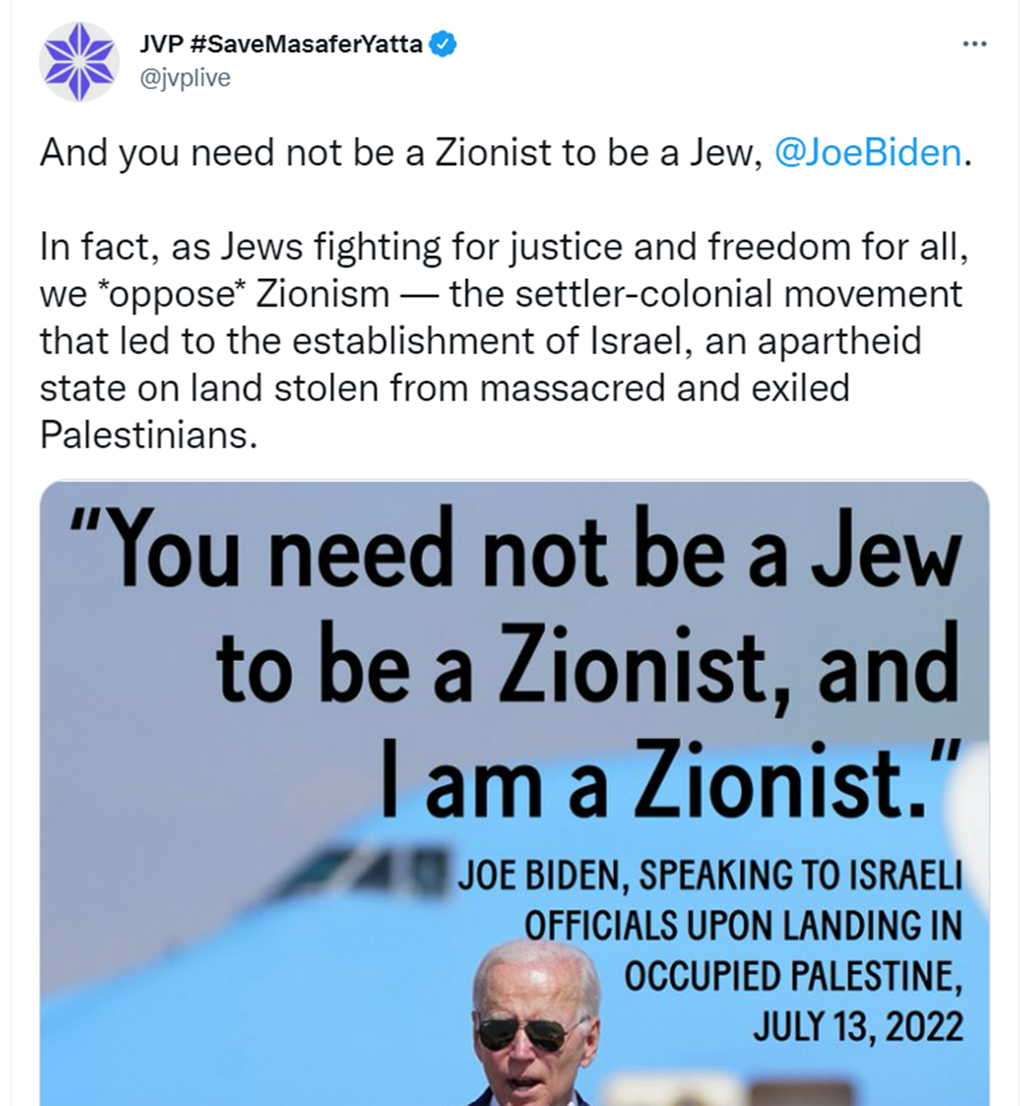 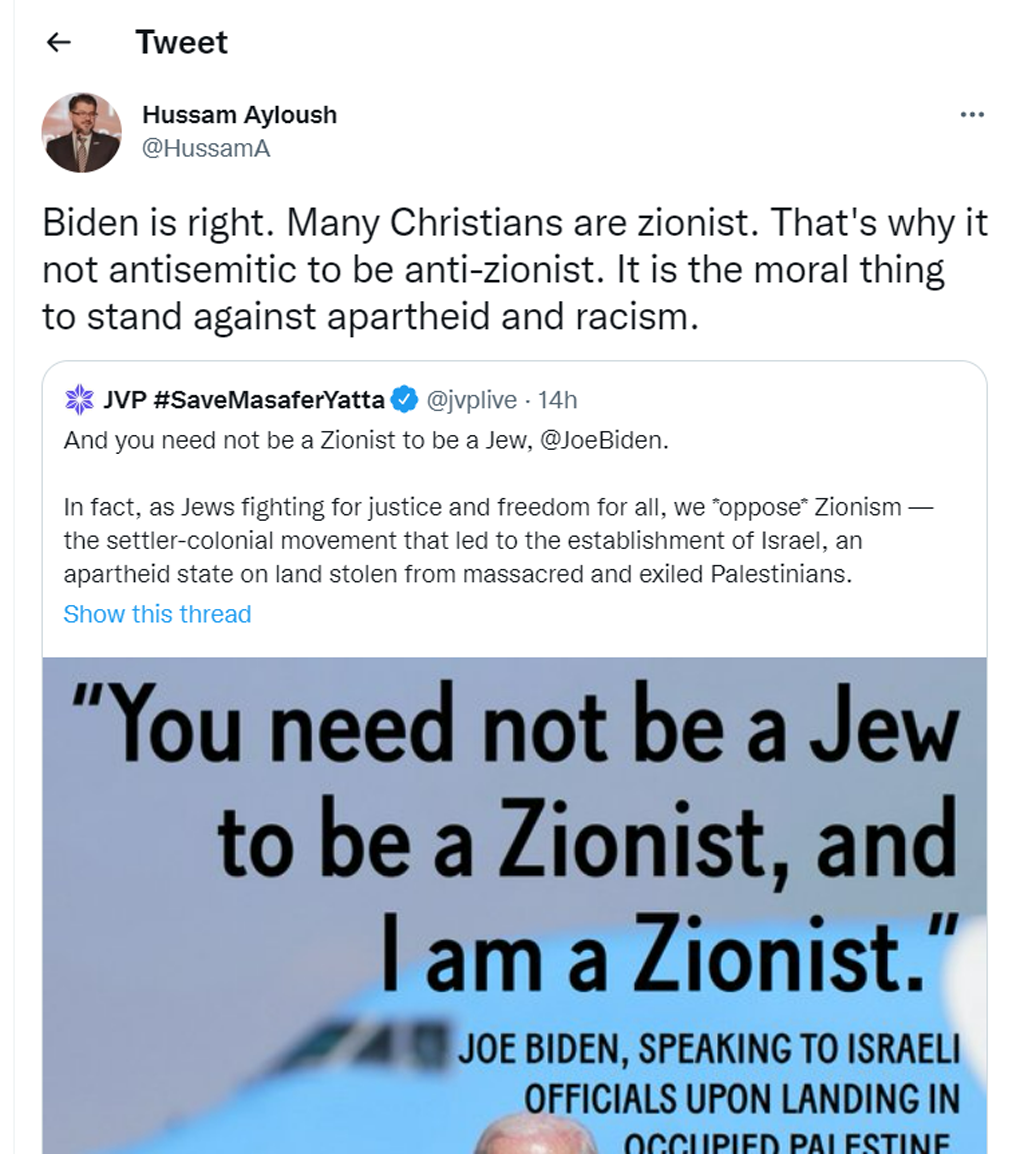 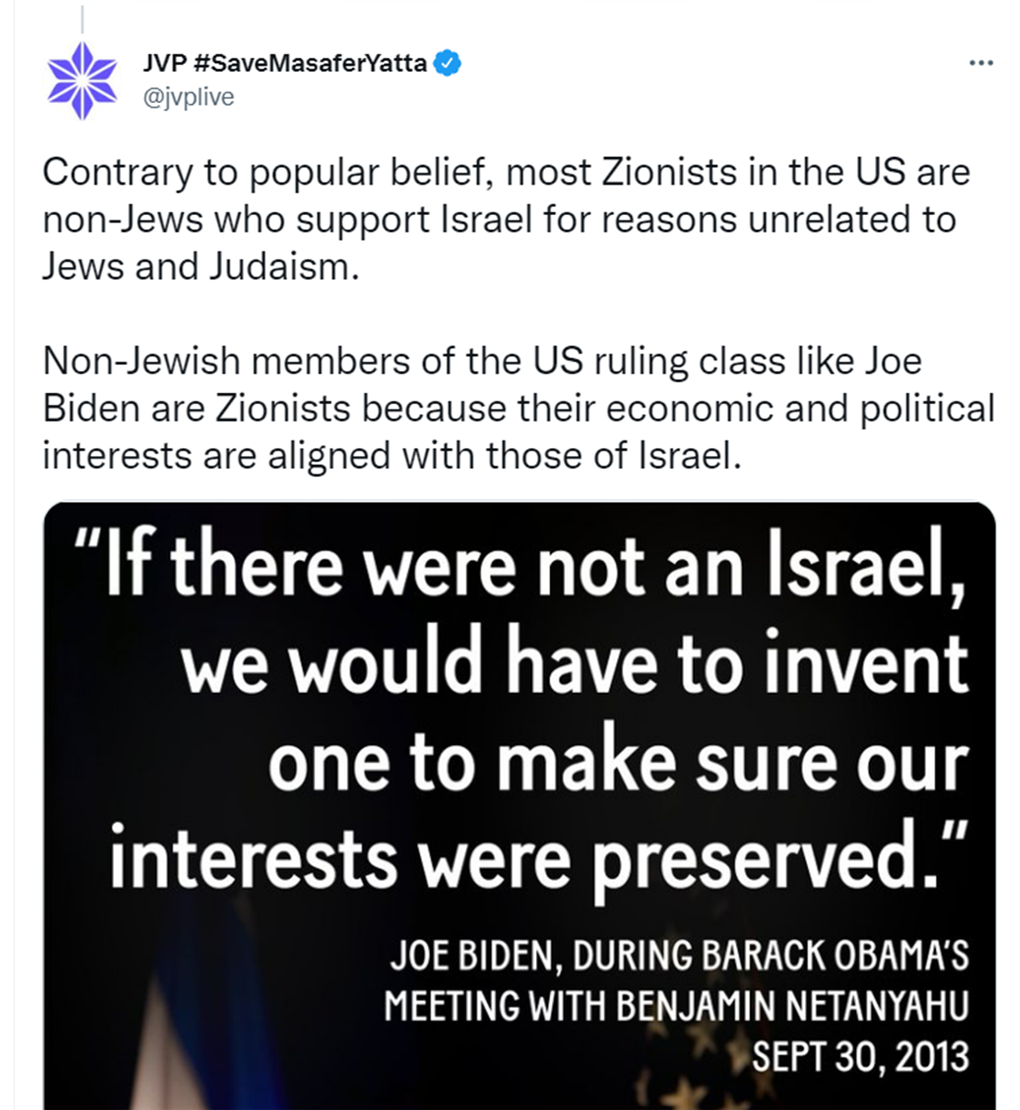 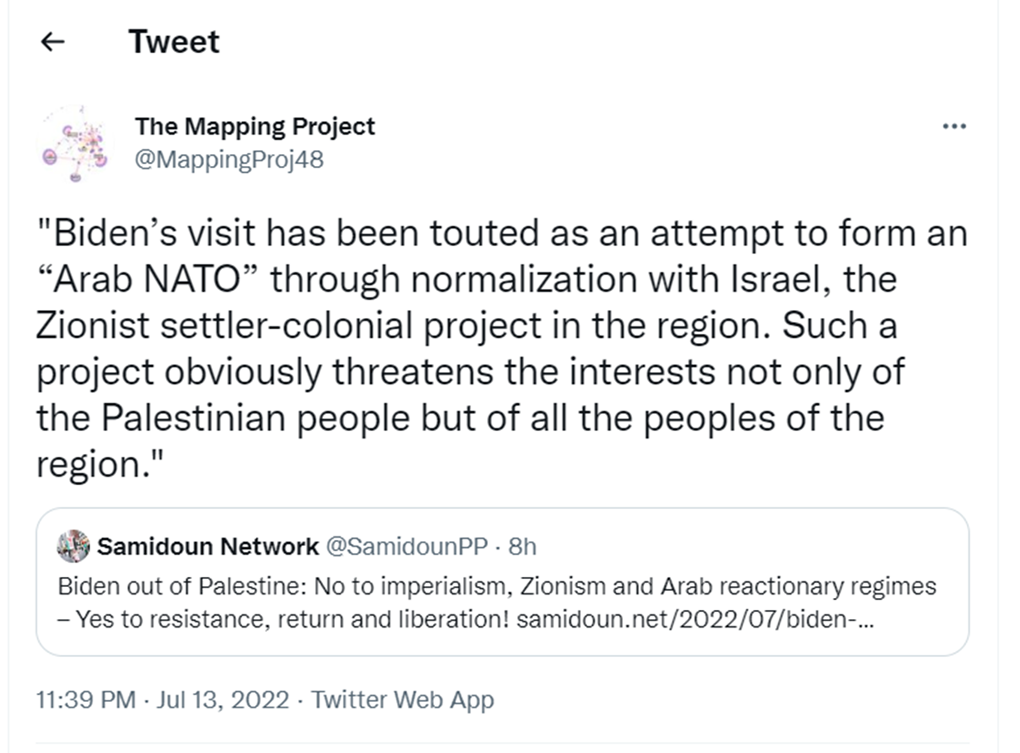 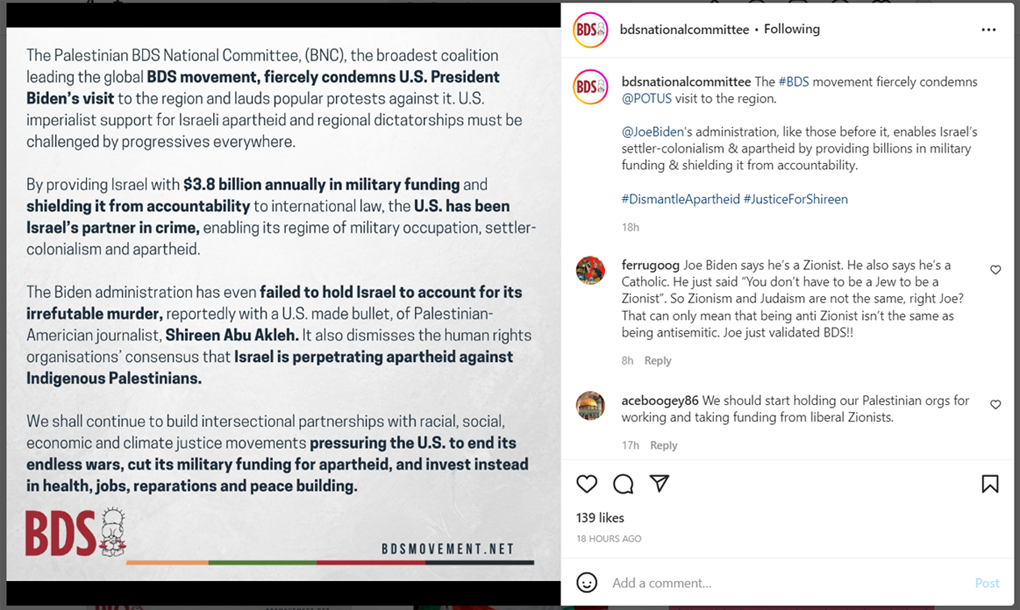 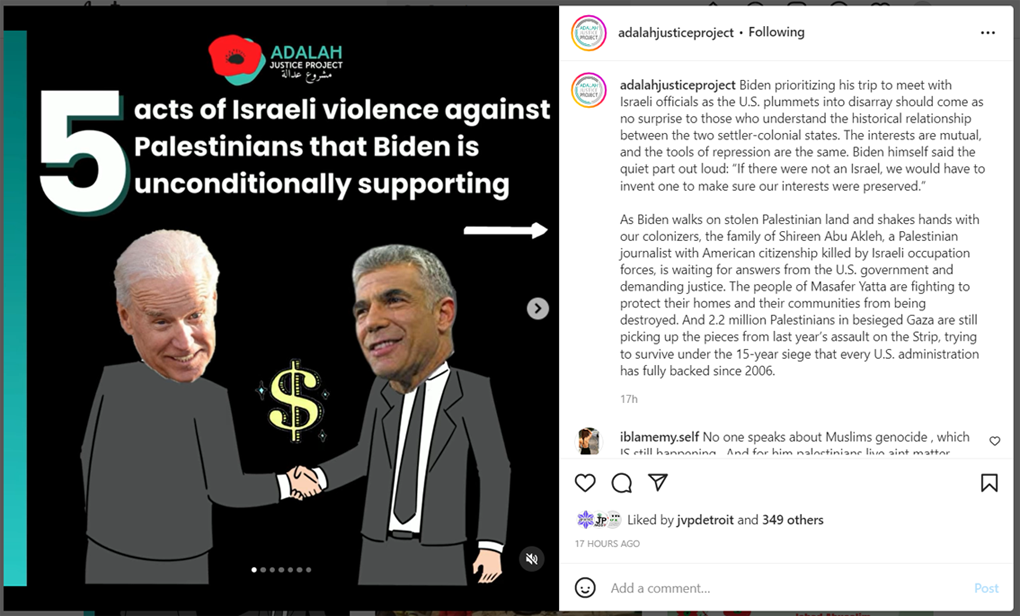