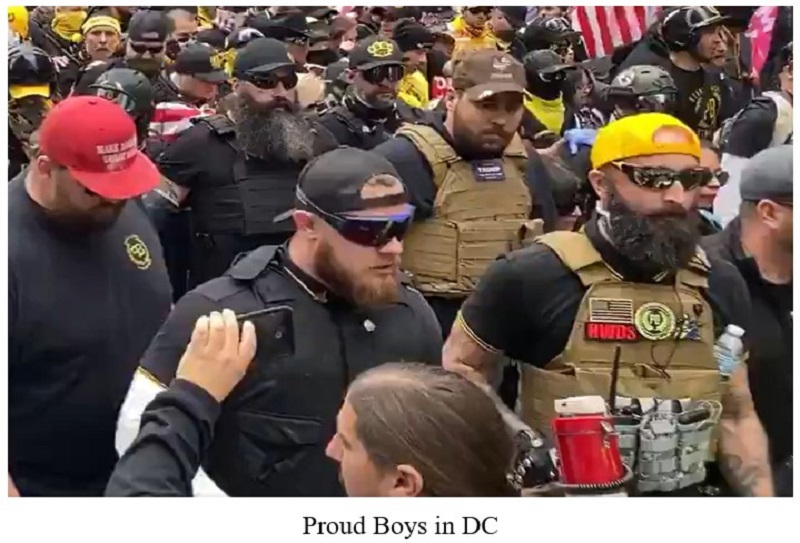 On December 12, 2020, multiple pro-Trump demonstrations took place in Washington, DC, including one that was organized by white supremacists and another that included extremist speakers on their dais. Later that evening over 100 members of the right-wing extremist group the Proud Boys roamed the streets of the city while chanting expletive-laced slogans against Black Lives Matter and Antifa. 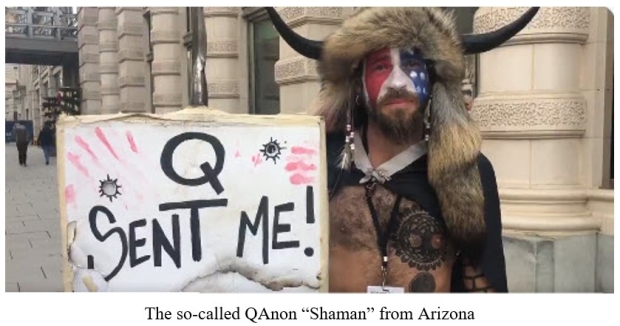 The largest event of the day was a prayer rally known as the "Jericho March," where speakers called for a Trump victory and for the "walls of corruption and election fraud to fall down."  The name of the march refers to the city of Jericho, whose conquest is described in the bible. Although the Jericho March included many mainstream speakers including former White House Security Advisor Michael Flynn and My Pillow CEO Michael Lindell, it also featured speeches by anti-government conspiracy theorist Alex Jones, as well as Stewart Rhodes, who founded the right-wing extremist group Oath Keepers. QAnon and Three Percenter flags and signage were in evidence at the Jericho March.

In his speech Rhodes called on President Trump to invoke the Insurrection Act to help him remain in power, adding that if he does not do so, groups such as the Oath Keepers would have to mount a “much more desperate [and] much more bloody war” to ensure that outcome.

Alex Jones harangued the crowd with warnings about “globalists,” at one point shouting, “I don't know who is going to the White House in 38 days but I sure know this, Joe Biden is a globalist, and Joe Biden will be removed, one way or another!" “Globalist” is a term that is sometimes used as an antisemitic dog whistle.

Following the Jericho March, some of the attendees participated in an impromptu march to the U.S. Supreme Court building. That march was led by Alex Jones, Owen Shroyer and right-wing provocateur Ali Alexander, along with a large contingency of fellow marchers. Jones and his followers allegedly tried to gain entrance to a rally that was already in progress but were denied by security. Appearing furious, Jones gave a brief speech along with Shroyer and Alexander on the sidewalk. Throughout the speech, marchers were heard chanting “1776!!”; “Our revolution!”; “We are the resistance!!”; The fight has just begun!!”; “Stop the steal!”; “F--- the Great Reset!!”; “Our streets!”; “F--- Whitmer!!” (Michigan’s governor and target of a kidnapping plot this year); “Lock them Up” and “Take America Back!”

A few blocks away from the Jericho March, alt right personality Nick Fuentes, along with his so-called groyper followers, held their own “Stop The Steal” rally. A sizeable crowd gathered around as Fuentes and others spoke about destroying the GOP for not supporting Trump and complaining about an alleged rigged election. White supremacist Red Elephants founder Vincent James was present, as were groypers including Steven Franssen, Patrick Casey, Jake Lloyd, Scott Greer and Jayden McNeil.

Nick Fuentes reminded the crowd: “We promised at the first Million Maga March that if the GOP did not do everything in their power to keep Trump in office, then we would destroy the GOP… We are done making promises. It has to happen now. We are going to destroy the GOP.” The crowd erupted in the chant, “destroy the GOP.” 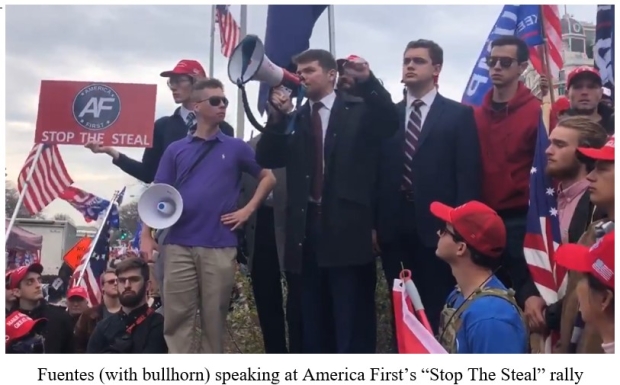 Another groyper, Jacob C. Lloyd (aka Jake Lloyd) said in his remarks: “We have a message to Washington DC, the global special interests and the global world government. Our message is this: We are not your slaves. We will not obey this corrupt emo evil system run by Satan.”

Violence and the Proud Boys

Throughout the day sporadic instances of violence occurred between right wing extremists, including Proud Boys and Three Percenters, and counter-protesters. Some of these violent encounters were filmed and posted online. One particularly disturbing incident occurred on the National Mall where a lone male individual was punched and kicked by a large group of Proud Boys and Three Percenters after someone allegedly stole the man’s baseball cap. The fight was quickly broken up and the male was brought to his feet and told to leave. 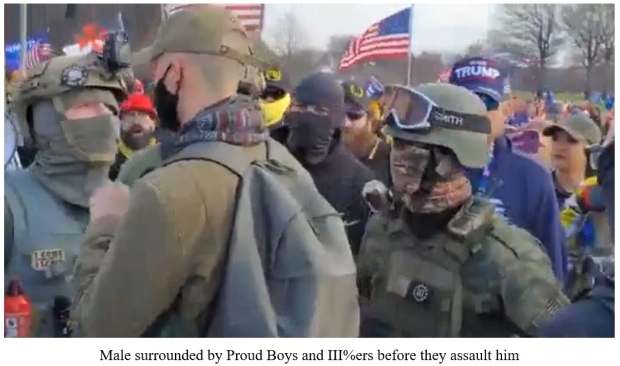 The violent altercations intensified as the night wore on. Several of these incidents between right-wing extremists and antifascist or Black Lives Matter counter-protestors were caught on video. Many of these videos have been posted online showing Proud Boys violently assaulting individuals on the streets of DC as well as burning a Black Lives Matter banner allegedly stolen from the nearby Asbury United Methodist Church while chanting “F--- antifa!”

Law enforcement officers trying to restore order during the many altercations were also injured in the brawls. According to several media reports, at least four people were stabbed, including one police officer, and 24 people were arrested by authorities for riot-related offenses.