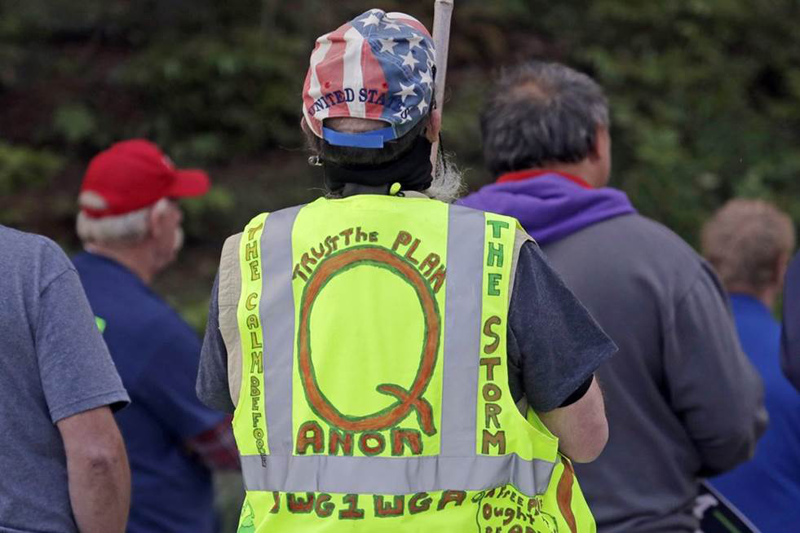 Less than one week after President Biden’s inauguration, followers of QAnon—the sprawling, largely incoherent conspiracy theory that has infected not only American discourse but corners of the Republican Party—are struggling to hold onto the conspiracy theory in a post-Trump world.

QAnon is tightly tethered to the existence of a Trump presidency, as it cast the former president as the ultimate hero who would use his executive powers to unleash a “storm” of justice on a Deep State cabal of pedophiles and child traffickers. On January 20, 2021, former President Trump departed the White House for Florida, leaving the theory in tatters, and a painful online reckoning in his wake.

Some followers of QAnon are now looking for scapegoats; some are calling it quits. Some followers are still convinced the “The Plan” will reveal itself if only they are patient and diligent enough.

Even as President Biden walked onto the stage where he would take the oath of office, some QAnon believers held out hope that Trump would stop the proceedings, declare martial law and reclaim his rightful place in the White House.

As the inauguration proceeded as planned, however, online spaces erupted in a wave of anger and disbelief. Given the anonymity of most message boards, it’s impossible to say with certainty which posters are sincere and which are trolling, but the following provides a snapshot of the online reactions to President Biden taking office.

On a QAnon Telegram channel, a user wrote, "We were promised arrests, exposures, military regime, classified documents. where is it????????"

Another Telegram user wrote, “Well I’m the official laughing stock of my family now. Awesome.” Others wrote, “OMG none of this was real” and “This is an embarrassment.”

Other QAnon followers quickly recalibrated, reiterating their faith in Trump and insisting that his departure was part of The Plan, because he could only carry out the next phase by stepping away from the “dead” U.S. government, and handing over the reins to the military. 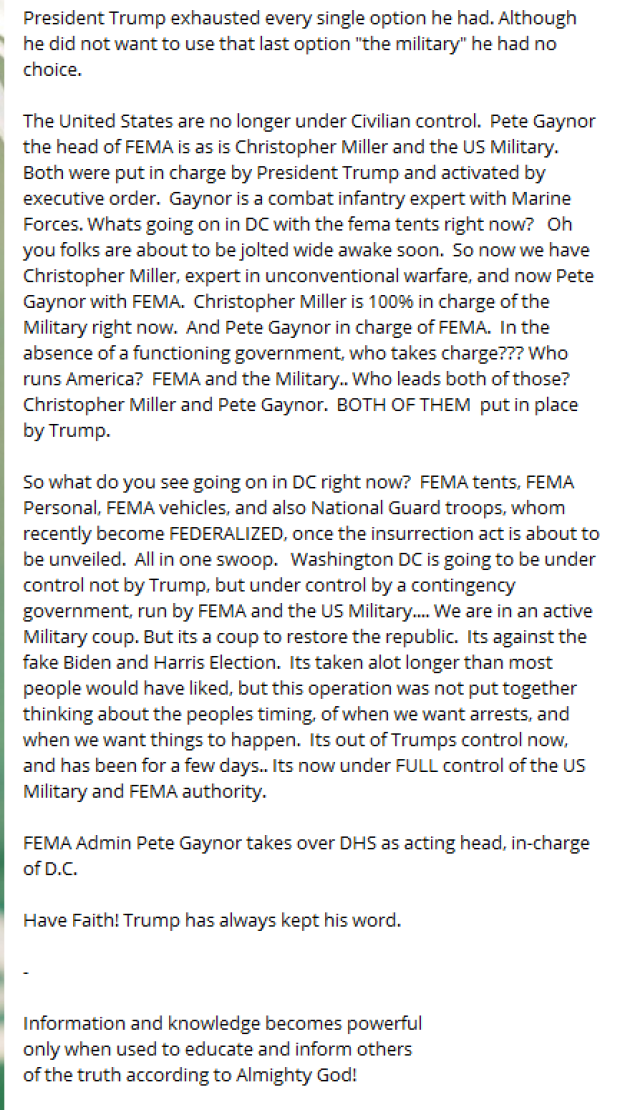 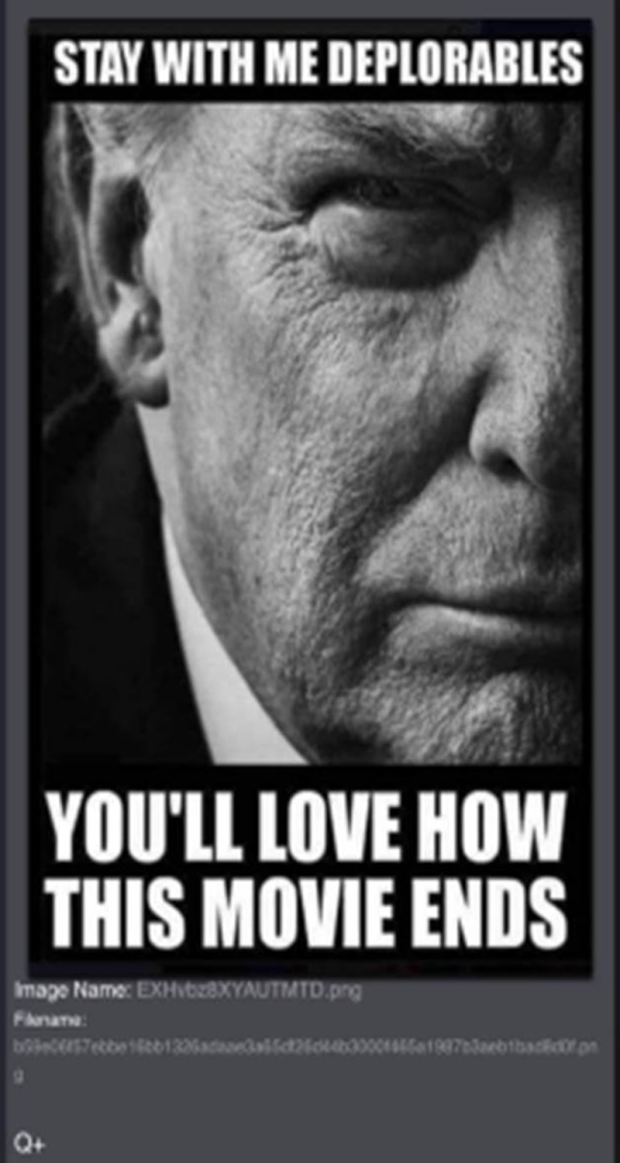 At least one mentioned “Nesara and Gesara,” referencing a longstanding fringe theory that melds proposed (never-enacted) economic reforms and the so-called prosperity gospel, which is popular among some evangelical Christians.

Some QAnon followers are refusing to give up on Trump and claiming that he will return to power on March 4, 2021.

Another theory suggested that President Biden could pick up the QAnon mantle, speculating that the traditional letter left by each outgoing president to his successor might contain explicit Q-related instructions.

In the hours after the inauguration, Ron Watkins, an 8kun administrator who some believed was Q, appeared to wave the white flag of surrender, writing on Telegram, “We gave it our all. Now we need to keep our chins up and go back to our lives as best we are able. We have a new president sworn in and it is our responsibility as citizens to respect the Constitution….”

Watkins then hinted at a “new project” he plans to unveil in the coming weeks.