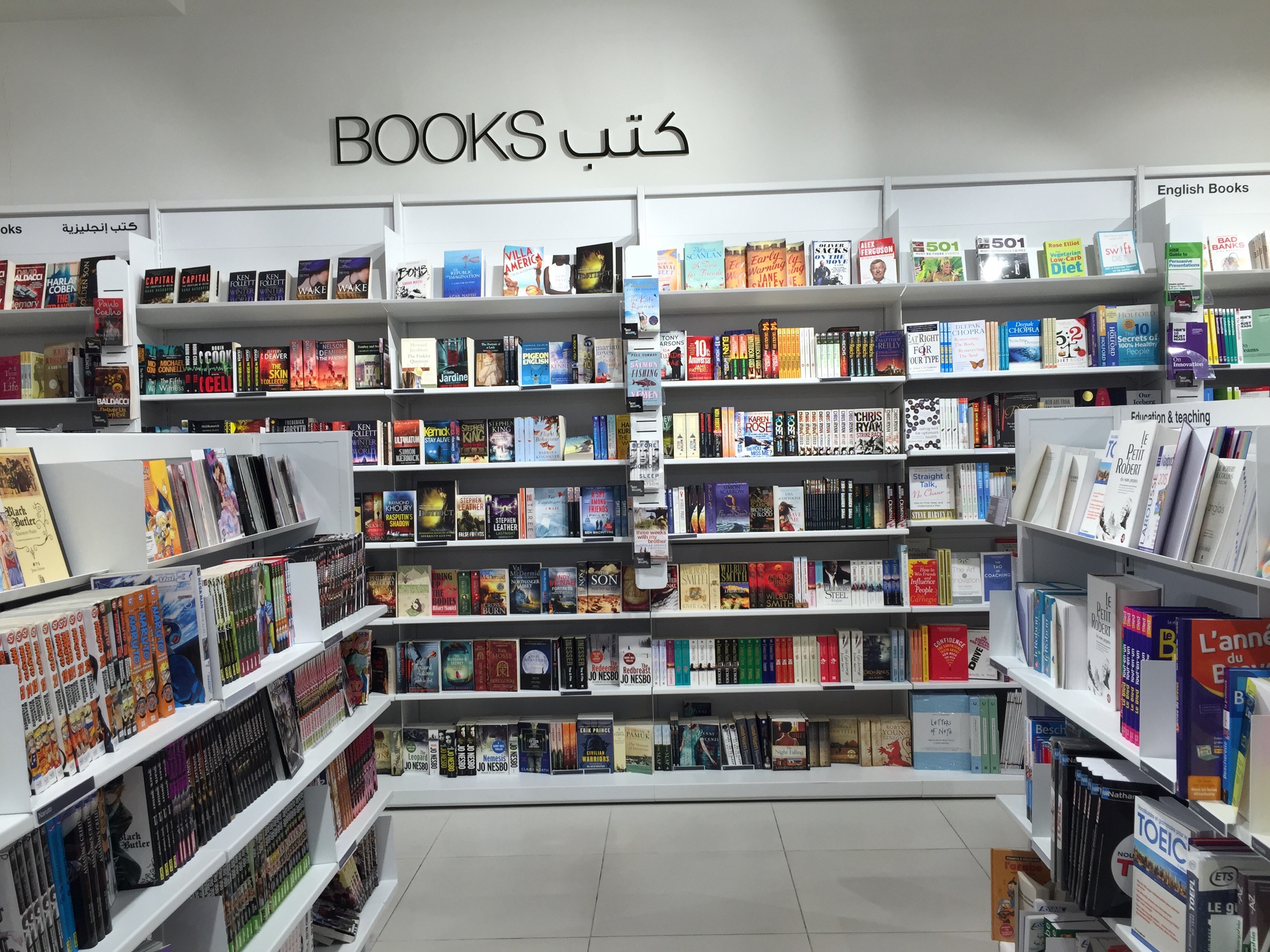 The government of Qatar has a longstanding and problematic record with regard to promoting or enabling anti-Semitism.

The state Grand Mosque has hosted numerous anti-Semitic hate preachers, including anti-Semitic sermons delivered in recent years by regular preachers in residence.  Qatar’s state book fair this past year provided a platform for numerous anti-Semitic titles.  Qatar’s Al Jazeera network, which the U.S. State Department describes as state owned, incites anti-Semitism as well, not least by regularly glorifying terrorists as martyrs so long as the civilians they are trying to murder happen to be Israeli. And newspapers regularly promote political cartoons that feed anti-Semitism in violation of Qatari law.

But the Middle East Media Research Institute also recently revealed that Qatar’s state textbooks for school children are accessible online, and it identified a number of problematic teachings in the books with promises of more analysis to come.

In response to this news, an initial review of these textbooks by ADL has identified numerous problems in the books, which contain the name and logo of Qatar’s Ministry of Education and Higher Education on their cover.  They are linked to from a page on the ministry’s website that describes all the books as constituting material for the fall semester for the current 2018-2019 academic year.

Many of the linked books state that they are from the fall of 2016 rather than the fall 2018 semester.  Thus, while it is possible that the books were only used during a previous school year, the burden of proof should be on the Qatari government to prove that it has no longer been teaching such problematic content during this school year - with a literal stamp of government approval on the cover, no less.

Most notably, ADL found a passage in these books asserting that most Jews in the world believe in seeking world domination.  In particular, a high school lesson on Judaism teaches that Zionism “has no relation to the Jewish religion”.  It goes on to elaborate that Zionism “has managed to convince most of the Jews in the world of two things: First, to set up a state for the Jews in Palestine. Second, Jewish control over the entire world until it is their dominion.” 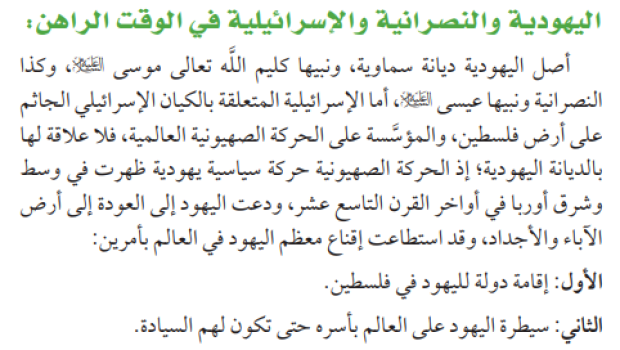 Likewise, the book teaches that Judaism is an “invalid, perverted religion” and that the Torah teaches Jews to kill, steal, deceive, and engage in racial supremacy.

The book also teaches that non-Muslim “infidels” such as Jews are “combatants” whom God has mandated Muslims to fight, except in the extenuating circumstances that they have diplomatic immunity, pay a special tax associated with second-class citizen status, or have have a formal pact to leave off fighting with Muslims. That textbook also calls for killing sorcerers and chopping off thieves’ hands.

Many of these teachings echo ADL’s findings regarding past and current state textbooks in Saudi Arabia.  ADL’s reporting on the subject has helped inform the Saudi Educational Transparency and Reform Act, a bipartisan measure in both the House and the Senate that would require more rigorous U.S. government reporting and advocacy regarding incitement in the kingdom’s educational materials.

Last month, U.S. Secretary of State Mike Pompeo held a strategic dialogue with his Qatari counterparts in Doha.  The results of this dialogue included a Memorandum of Understanding on educational cooperation with Qatar and a signed Statement of Intent to “support the shared ideals of tolerance and appreciation for diversity.”

Such intolerant educational teachings in Qatari state textbooks must be a top priority for the U.S. government as it works with the Qatari government to turn these agreements into action.

David Andrew Weinberg is ADL’s Washington Director for International Affairs and an expert on anti-Semitic incitement in the Gulf.