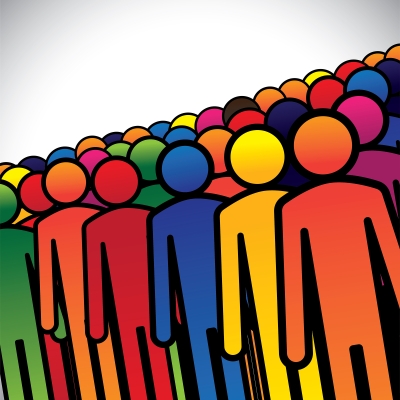 Rachel Dolezal, President of the Spokane, Washington chapter of the NAACP (National Association for the Advancement of Colored People), made headlines and became the top trending item on Twitter last week when it was discovered that she had been posing as Black for many years. In her interview on the Today Show, she continued to assert: “I identify as Black.” These events have sparked strong emotions—anger, confusion, sympathy, shock, curiosity—and have fueled a lively public conversation about Blackness, identity, cultural appropriation and what it means to be an ally.  All of these concepts are ones we address in anti-bias education work.

Identity is an extremely important concept for people to understand and grapple with, starting at a young age. Knowing who you are, what groups you belong to (race, gender and gender identity, sexual orientation, religion, etc.), your history and how your family makes meaning of the multifaceted nature of your identity are critical for self-esteem development. When we know who we are, we can build bridges with others with whom we are both similar and different.  The concept of race is largely understood as socially constructed rather than solely based on genetics and biology. The racial group to which one belongs is a complex set of factors including physical characteristics, family lineage and ethnic/cultural upbringing. Rachel Dolezal did not grow up Black even though she claims to be Black.

The term cultural appropriation has been raised quite a bit in this conversation. Some people say that Rachel Dolezal is appropriating Black culture because of her hair style, complexion, life choices and insistence that she’s Black. Cultural appropriation is when people use specific elements of a culture (e.g. ideas, symbols, styles) without regard for the impact to that culture and it usually happens when a person or group exploits the culture of another group, often with little understanding of the group’s history, experience and cultural norms. According to Maisha Johnson, it is problematic for a variety of reasons including trivializing historical racial oppression, perpetuating stereotypes and letting privileged groups benefit or profit by using other people’s culture. Is Rachel Dolezal appropriating Black culture or is something else operating?

Based on her professional interests and choices, it seems clear that Rachel Dolezal has a passion for social justice and could have been an ally as a white woman.  There have been examples throughout history of people outside a particular identity group being allies to others. Countless white people have been allies to African Americans in the civil rights struggles of the 1960's and today--some even died for the cause.  During the Holocaust, non-Jews helped Jews escape at tremendous risk to themselves. GLSEN sponsors Ally Week in which straight allies make commitments to equality for LGBTQ people.  For more than 10 years, ADL has educated youth and adults across the country to become better allies and still more works to be done. We need to teach our children that it is an important to be an ally, no matter who you are.

What can we learn from this dialogue and how can we turn it into a teachable moment for young people?  Here are some suggestions: