Racial Justice and the Decline of Capital Punishment 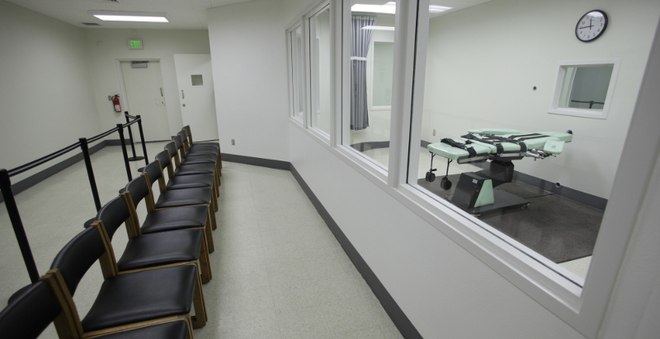 According to Harvard Law School’s Fair Punishment Project, the death penalty—viewed by some as one of the starkest expressions of America’s legacy of white supremacy—is dying. Each day, a growing number of lawmakers, judges, prosecutors, and voters look at capital punishment in America and echo a version of “from this day forward, I no longer shall tinker with the machinery of death”—the repudiation of the death penalty penned by Supreme Court Justice Blackmun at the end of his career. And racial justice advocates are hailing signs of the death penalty’s demise.

With the diminishing number of death sentences and executions, and at a time when black victims of extrajudicial killings by police have become household names, one might underestimate the import of capital punishment’s connection to racial subordination in America. The death penalty, though, is the ultimate statement of a criminal justice system that scholars like Michelle Alexander argue is not designed to protect communities, but rather to serve as a “system of racialized social control that functions in a manner strikingly similar to Jim Crow.” Although only 16 out of 3,143 counties imposed five or more death sentences between 2010 and 2015, one of the three features most often observed among the 16 counties was “a pattern of racial bias or exclusion.” As of October 2016, 42% of people on death row were black, while only 13% of the national population is; and 76% of victims in death penalty cases are white, while the same is true of 50% of murder victims nationally. Further, racism is not just a matter of how the death penalty is implemented; it’s a fixture: “The death penalty’s roots are sunk deep into the legacy of lynching . . . . If we fail to take into account the central role of lynching, then we will never truly understand the way racism worked its way into the criminal justice system.”

In recent weeks, new death penalty stories have emerged that may be further “signs of capital punishment’s impending demise.” Indeed, it appears that “Americans’ appetite for this barbaric practice diminish with each passing year” as they realize the death penalty is practically unworkable, morally intolerable, or simply incompatible with civil rights due to a combination of its cruelty, arbitrariness, error rate, or racial bias. While the racial elements of the death penalty, which formed the bases of many of the legal battles against the practice for decades, may not be up front and center in all of today’s controversies, they will undoubtedly be the backdrop against which the death penalty’s waning days play out.

In March, the Supreme Court held that Texas was using the wrong standard for evaluating whether people with mental disabilities could be sentenced to death under the Eighth Amendment, which prohibits “cruel and unusual punishment.” In an amicus brief, the American Bar Association concluded that Texas’s failure to use proper standards led to death sentences that other states “almost certainly” would have deemed impermissible under the correct standard. Experts further found that Texas has executed up to 40 people “with strong claims of intellectual disability” under the proper standard and that around the same of number of those currently on death row “have similarly strong claims.”

Arkansas, meanwhile, is preparing to execute 8 people in 11 days, rushing the process before the state’s supply of an unreliable sedative used for lethal injections runs out. This action, unprecedented in recent history, has provoked an outcry from lawyers, including an ongoing federal lawsuit; civil rights groups, including the NAACP; and even former correctional officials. And Arkansas is struggling to satisfy its requirement that six “respectable citizens” witness all executions: “So far, not enough good citizens have come forward to be a part of [Governor] Hutchinson’s theater of the macabre.”

Alabama has shed its title as the only state to allow judges to override jury recommendations when sentencing defendants in capital cases. Until this week, Alabama judges could override life or death sentences, but 92% of the time, elected judges overruled life sentences to impose death. While this is an overdue step for civil rights, Alabama remains the only state where a person can be sentenced to death by a non-unanimous jury.

In Florida, Governor Scott retaliated against Aramis D. Alaya, the state’s first black elected prosecutor, for announcing she would no longer seek the death penalty in her cases. After removing Alaya from at least 21 murder cases, Governor Scott has received criticism from multiple state lawmakers, as well as from Alaya, who has said that the Governor “is abusing his authority and has compromised the independence and integrity of the criminal justice system.” Alaya is part of a national trend of prosecutors, dubbed by the New York Times as “a wiser generation of prosecutors,” who are vowing to eliminate or reduce death penalty prosecutions and be more selective in using their prosecutorial discretion. This trend reflects increasing instances of Americans voting overzealous prosecutors out of office, perhaps recognizing that a small number of such prosecutors are responsible for a vastly disproportionate number of death sentences.

On April 13, the Los Angeles Times Editorial Board wrote this about the death penalty in America:

The death penalty is an anachronistic, barbaric act, and society would be better off without it. It is meted out disproportionately against people of color and the poor. It hinges on the arbitrary whims of local prosecutors . . . . The courts themselves have proven susceptible to bad policing, prosecutorial misconduct and lying witnesses.

Whether it is for these reasons, the exonerations that came too late, the botched executions, or any number of personal, moral, or religious reasons, the continuing trend is clear: The death penalty seems to be on its way out. In the fight against racial injustice and subordination, expect advocates to seize this moment and hasten its demise.