Radical Anti-Israel Candidates in the 2022 Primaries 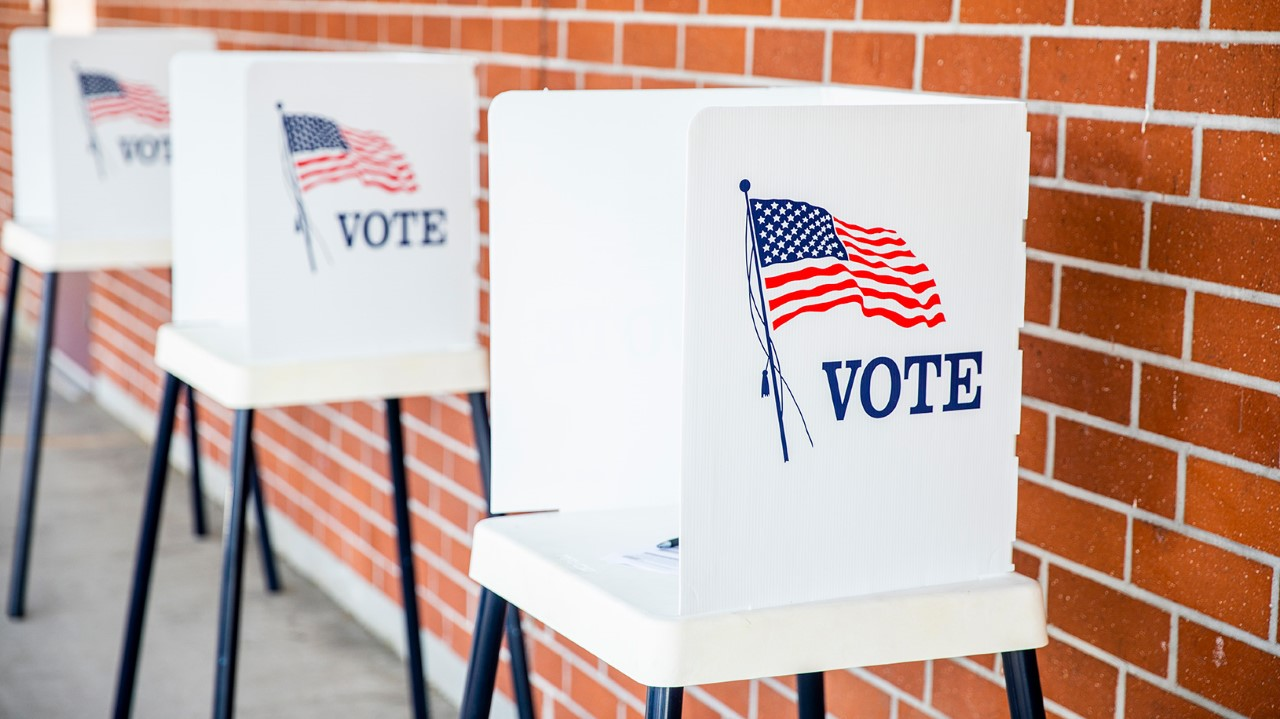 During the 2022 primary season, a significant number of candidates espousing anti-Israel views are running for office across the country. Some have engaged in inflammatory or antisemitic rhetoric related to Israel. As the primary elections enter their final weeks, voters have voiced their preferences at the ballot box for many of these candidates, and most have lost. While their defeat may reflect a rejection of their views by the electorate, strong showings by some radical anti-Israel candidates may convey the salience of their anti-Israel ideas among a large segment of voters.

Moreover, during the primaries a notable segment of anti-Zionist activists have engaged in rhetoric related to pro-Israel organizations and “Zionists” that has employed common antisemitic themes related to Jewish control and Jewish money.

Also troubling to ADL is the number of right-wing extremists who won their primaries. While both are problematic and deserving of attention, these two issues should not be equated in terms of the threat, degree of rhetoric, and embrace by the political mainstream.

Many anti-Israel candidates who have engaged in language that plays into antisemitic tropes only received a small percentage of the vote. Others who have only occasionally veered into inflammatory rhetoric, some of whom have expressed remorse, fared better:

Antisemitic reactions to the 2022 primaries:

Several commons themes emerged throughout the course of the primary. One was that of Zionist dark money, using the contours of AIPAC and Democratic Majority of Israel’s preferred policy candidates to accuse Israel of injecting “dark PAC” money to unduly influence, “buy” or in some cases, outright steal elections. These evoke classic tropes about Jewish/Zionist power over a country’s policy.  One may agree or disagree with AIPAC's policies and actions, but their participation in elections is no different from other interest groups and lobbying arms, whether they be progressive, conservative, business, energy, or others. When lawful and common election involvement is bluntly called out for its Jewishness (or pro-Israel nature), it undoubtedly energizes those who seek to discriminate against Jews.

A subgenre of this theme was the allegation that the Russian government’s overt active measures to destabilize the United States was somehow comparable to pro-Israel groups exercising their legally protected right to raise money through a PAC and endorse candidates aligned with their political stances.

In at least one more extreme case, a local Democratic party called for the exclusion of all Zionists from American office. They released an apology on the platform.

July 15, 2022: The Institute for Research: Middle Eastern Policy claimed that “Israel’s foreign agent is meddling in US politics...again.” 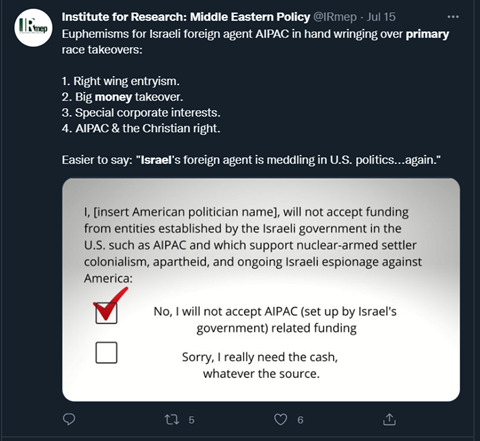 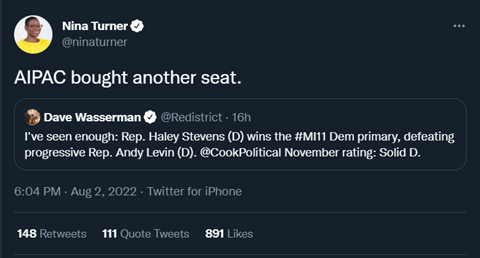 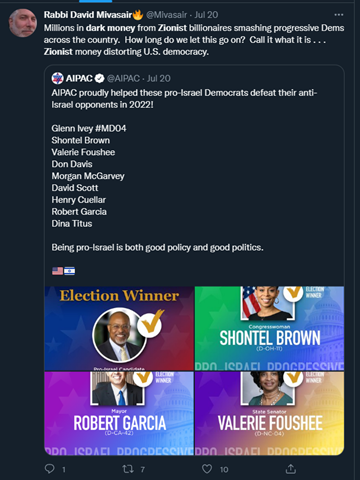 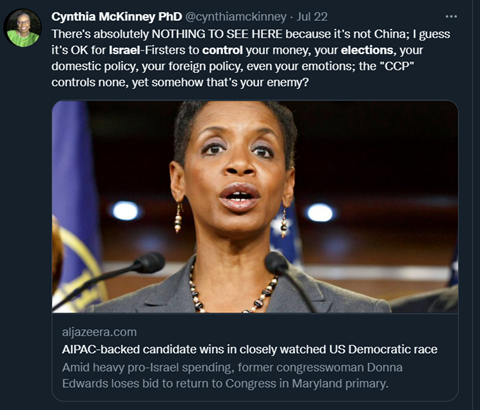 July 29, 2022: Washtenaw Democratic party posted a now deleted Tiktok saying that Zionists have no place in Congress. They released an apology on the platform, calling it inappropriate.