In the week following Donald Trump’s election, there has been a sharp spike in reports of racist and anti-Semitic graffiti and vandalism, including widespread use of swastikas and other Nazi imagery.

This is a small sample of the graffiti, vandalism and harassment that has been reported since Tuesday. 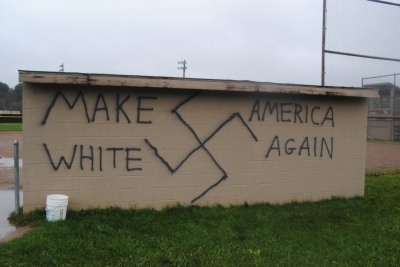 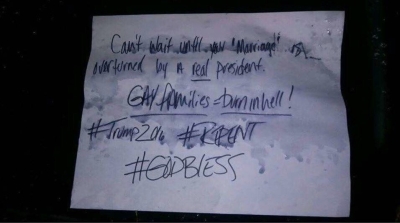 In a number of cases, offensive symbols and language were used to protest Trump and his policies.