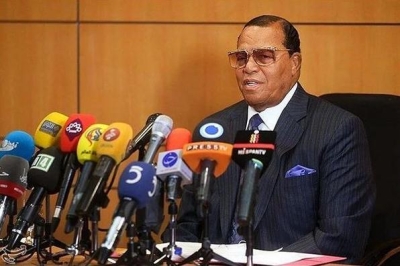 As the new CEO of ADL, I have recommitted ADL to our historic civil rights agenda. In my short tenure as head of ADL, I have brought my leadership team to the cradle of the civil rights movement in Atlanta, Selma and Montgomery to recommit to our immense task of achieving equal justice and fair treatment to all. We have vigorously lobbied Congress to pass legislation to undo the damage to the Voting Rights Act caused by the Supreme Court ruling in 2013; we have channeled our outrage after the tragedy in Charleston to launch a coalition-based campaign of #50StatesAgainstHate to ensure that all states have effective hate crime laws to protect African-Americans and other marginalized communities; and we have taken up issues of education equity and the school to prison pipeline. And we are committing to addressing the injustice of mass incarceration, incidents of police brutality and criminal justice reform.

In the name of working to ensure equality, however, we are unwilling to give a pass to anti-Semitism and hate as exhibited by Louis Farrakhan and the Nation of Islam.

Indeed, one of the principles that underlie efforts to provide rights for all is the need to stand against bigotry wherever it surfaces. That was why I was frustrated to read Russell Simmons’ blog on Louis Farrakhan – “The Nation of Islam and the Anti-Defamation League- Now Is the Time to Mend Fences.”

Civil rights and social justice are core priorities for ADL under my leadership. But let me be clear: When it comes to the bigotry of Louis Farrakhan, there is not one iota separating me from my predecessor.

It always was true and remains so today that exposing and condemning Farrakhan’s hatred does not mean that he is beyond redemption. All of us should admit that we can do better.  But the onus for “mending fences” is not on the targets of his hate, but on Minister Farrakhan himself.

Minister Farrakhan, like others who engage in hate, has the opportunity to change. He could repudiate his long history of anti-Semitic statements, speeches and publications.  He could publicly commit never again to engage in such bigotry.  When this happens, it could be a historic moment and an opportunity to turn a new page.

But he has not done so. In fact, in recent years, he has actually doubled down on his anti-Semitic rants, accusing Jews of responsibility for 9-11, which he describes as “a false flag operation that was designed to…so frighten, alarm, and anger the American people that they could direct that anger against the Muslim world.” He has spun conspiracy theories of nefarious Jewish control of the African-American community, of America’s political system and media, and just about any other conspiracy theory that anti-Semites peddle.

We know that many in the African-American community have positive feelings toward Minister Farrakhan. We know that he has done much for his community.

I appreciate that Russell Simmons wants to see reconciliation. I know Russell is authentic in his desire to bring the parties together.  And I am sure that many others would like to see a similar rapprochement. But it’s unfortunate that Russell dismisses the long history of hatred that has characterized Minister Farrakhan’s remarks. But Farrakhan's bigotry cannot so easily be brushed aside.

There is long history of bigotry that ADL has consistently spoken out against.  And this is not ancient history. As recently as last week, Farrakhan reiterated his obsession with Jews and our “wickedness.” And in prior public statements, we have heard his racism, his hateful statements directed at the LGBT community, and sometimes his use of violent rhetoric.

And the problem is compounded when good people like Russell Simmons willfully ignore this reality or opt to minimize such hostility, and then end up blaming ADL for the alienation from Farrakhan. There undoubtedly are positive aspects to Minister Farrakhan’s message to members of the African-American community, but no one should get a pass for hatred.

To set the record straight, there is no truth to the accusation that ADL calls “every African American leader an anti-Semite.” This is an outrageous charge on its face, considering that ADL has worked on behalf of civil rights in this country for decades. Martin Luther King Jr. was an ally and my predecessor marched alongside him in Selma and stood with him at the White House. ADL and African American leaders have worked hand in hand on many issues for generations.

While it is true that some public figures from the African American community have made bigoted statements that we have criticized, we have done the same when leaders from other communities also expressed anti-Semitism or other forms of prejudice, and even criticized bigotry from members of our own community.

But to say, however, that we accused Martin Luther King, Jr., Andrew Young and other Black leaders of being anti-Semites is flat out wrong and deeply hurtful. Yet this is a trope that Minister Farrakhan has used to wash himself clean of the very real charge levied against him for his hate. It is disappointing to see that Russell has restated these false claims.

ADL will continue to reinvigorate its work on the civil rights agenda because our mission and values compel us to. This work is a moral imperative in fulfillment of our mission to secure justice and fair treatment to all. In pursuit of that mission, we will continue to expose and vigorously condemn bigotry wherever it appears, including the anti-Semitism and bigotry of Louis Farrakhan.

But all of us can change.  When Minister Farrakhan is ready to make the same moral choice – to treat all of God’s children with the same dignity and respect – and publicly speak out against anti-Semitism or bigotry toward others whom he has demeaned, we will be ready to engage with him.