January 16th is the 2016 observance of National Religious Freedom Day, which was  established by Congress in 1993. It commemorates the Virginia General Assembly’s 1786 adoption of the landmark Virginia Statute for Religious Freedom. Drafted by Thomas Jefferson, it was the blue print for the religious freedom protections found in the U.S. Constitution. Two-hundred thirty years later, however, these very liberties and principles are being challenged often in the name of“religious freedom.” 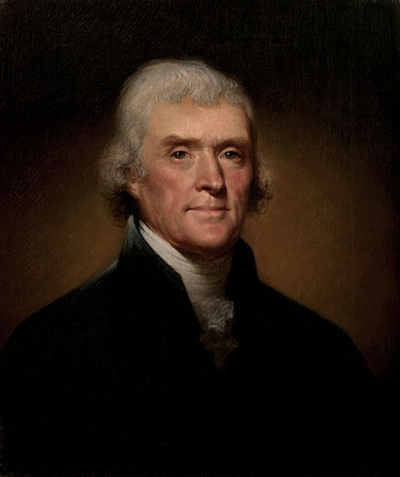 The Statute for Religious Freedom was a revolutionary change in the relationship between government and religion. It separated the two by prohibiting taxes supporting religion, providing free exercise of religion for all, and generally barring religious tests for civic participation. These principles became the law of the land with the adoption of the U.S. Constitution and First Amendment.

The Constitution’s religion clauses are the reason why a diversity of faiths has thrived in our nation for well-over 200 years. At their essence, the clauses prohibit government from sponsoring, supporting or sanctioning the imposition of religious doctrine or beliefs on citizens. They are a shield that safeguards the religious freedom of all Americans and our religious institutions.

[T]he goal of the Clauses is clear: to carry out the Founders' plan of preserving religious liberty to the fullest extent possible in a pluralistic society. By enforcing the Clauses, we have kept religion a matter for the individual conscience, not for the prosecutor or bureaucrat. At a time when we see around the world the violent consequences of the assumption of religious authority by government, Americans may count themselves fortunate: … Those who would renegotiate the boundaries between church and state must therefore answer a difficult question: Why would we trade a system that has served us so well for one that has served others so poorly?

Despite Justice O’Connor’s 2004 warning, today we find our Constitution’s religious freedom protections and principles misunderstood and under challenge. Most recently, leading candidates for the Presidency have said that Muslim Americans are unfit to serve as President and called for closing down Mosques, as well as banning Muslims from our shores. Such blatant religious intolerance is antithetical to our most core constitutional principles and unacceptable from any person of good faith let alone an individual aspiring to the Presidency. Our nation’s welcoming acceptance of all religious beliefs is a critical tool in countering those groups and nations that seek to impose their faith on others.

In the States, dozens of bills have been filed over the last several years in the name of “religious freedom” that would allow businesses - based on owners’ religious beliefs - to refuse customers. Although many of these bills are directed at our nation’s LGBT community, they also could be used to turn away customers because for example they are Hindu, Humanist, Jewish, Mormon or Muslim. Such legislation fundamentally misapprehends the purpose and scope of the Constitution’s religious freedom protections. They were never intended as a sword to impose religious beliefs on others. The Constitution most certainly safeguards the religious beliefs and exercise of clergy, houses of worship, and individuals, including beliefs and practices about marriage. But for our pluralistic society and marketplace to properly function, they should not be used as a vehicle for discrimination.

The Constitution also guarantees the right of parents to send their children to religious schools and religious institutions to perform social and charitable services in-line with their religious beliefs. But they in no way require the government to fund either. Over the last 20 years, however, Congress and state legislatures have implemented programs requiring taxpayers to fund religious schools and charitable organizations, including those that discriminate or proselytize. Compelling taxpayers to fund religious institutions with which they are not affiliated or agree is antithetical to our constitutional principles. Properly interpreted, the Constitution should bar such government funding of religion.

Our religious freedom protections are one of America’s greatest strengths and a key reason why our Nation is exceptional. On National Religious Freedom Day all Americans should take a moment to appreciate their individual religious liberty and reflect on the fact that millions around the world are regularly subject to religious coercion or persecution. These freedoms must not be taken for granted. Americans of good faith should push back on efforts to misuse them in ways that impose particular religious beliefs or tests on their fellow citizens.