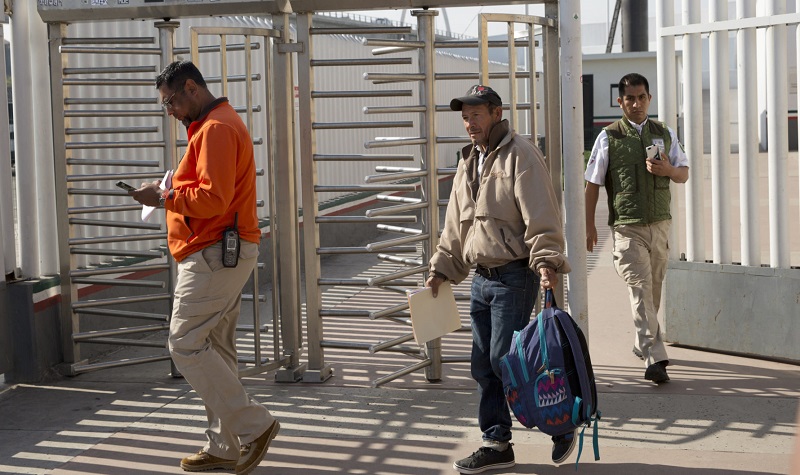 In January, the Trump Administration announced a new and unprecedented attack on asylum seekers and migrants. On the heels of its effort to institute an asylum ban -- denying asylum protections for those seeking entry to the U.S. outside regular processing at ports of entry, the administration implemented “Migrant Protection Protocols.” Also known as the “Remain in Mexico” policy, this new approach sends migrants seeking asylum back to Mexico to await future immigration hearings. Fully aware that these immigrants have made a treacherous journey from Central America to escape violence and persecution and have waited weeks at the U.S.-Mexico border to ask for asylum, American officials will now send asylum seekers back to Mexico to wait there while immigration courts process their applications for asylum in this country.

It is true that the policy makes exceptions for certain groups of people, including unaccompanied minors, citizens or nationals of Mexico, individuals subject to expedited removal, and anyone who is more likely than not to face persecution or torture in Mexico.  However, according to the American Immigration Lawyers Association (AILA), the hurdles imposed on migrants fearful of being sent back to Mexico are significant.  For example, Customs and Border Protection (CBP) does not allow attorneys to be present when individuals are being screened based on their claims that they fear persecution or torture in Mexico. It is very likely that individuals who have valid asylum claims will be returned to Mexico pending their immigration hearing, which violates their rights under American and international law.

Secretary of Homeland Security Kirstjen Nielsen said the policy “ensured migrants are protected.”  But this initiative is having the opposite effect.  Homeland Security officials reported last week that the program was expanded to include migrants crossing at the Port of Entry in Calexico, California and those apprehended in areas between official ports of entry in the Border Patrol’s San Diego sector.  Under the program, 240 migrants have already reportedly been returned to Mexico, including entire asylum-seeking families, and as the program expands to cover more of the border, we can probably expect those numbers to rise quickly.

Seeking asylum is a fundamental legal right in the U.S., arising from the 1951 UN Refugee Convention and the Immigration and Nationality Act. Contrary to the administration’s continued attempts to assert otherwise, it is not illegal to seek asylum—at ports of entry or anywhere else—and the administration cannot legally keep people from exercising that fundamental right. Border authorities are supposed to respect and protect asylum seekers. But this “Remain in Mexico” policy poses insurmountable obstacles on migrants seeking to access their right to obtain asylum in the United States.

Such obstacles are highlighted by recent reports that two of the first three asylum seekers scheduled for  their first court hearings under the policy did not make it across the border because of apparent “glitches” in the scheduling system.  When they learned of the mistake and finally appeared at the border, running late, they were reportedly denied entry by border officials and missed the hearing.  The government attorney proceeded to ask the judge to order one of the asylum-seekers deported in her absence.  The court denied that motion, saying that the women had receiving insufficient notice of the hearing.

Since then, it was reported that migrants sent back to Mexico under the new policy have crossed back into the U.S. for their first hearings in immigration court.  They asked the judge to allow them to stay in the U.S. pending their cases, citing fear of being sent back to Mexico, however, at least two were inexplicably returned to Mexico to wait for their merits hearing.

Logistically, the “Remain in Mexico” policy makes the process chaotic and nearly impossible for asylum-seekers to access lawyers in the U.S. as well as legal resources and protections to which they are entitled under law.  And even when migrants are able to access lawyers, they face substantial costs, difficult travel arrangements, and logistical hurdles in order to prepare for and attend hearings.  In addition, it is clear that DHS is failing to ensure that people have adequate and timely notice of their hearings.  “Glitches” in the scheduling system highlight such obvious failures. Finally, the policy subjects migrants who are escaping violent and dangerous conditions in Central America to environments in Mexico which are themselves potentially unsafe and insecure. All of these factors raise serious humanitarian concerns and endanger those most in need of protection.

There is no question that the  administration is aware of all of this—after all, the stated goal of this arbitrary policy is in fact not to protect migrants, but to deter asylum claims. As Secretary of State Pompeo asserted, “we think this will disincentivize folks who think that if they can make the transit through Mexico—a very difficult and arduous journey where terrible things often happen to these migrants—we think they will realize that they won't be able to stay in the United States and disappear into our country.”

The U.S. has both a legal and moral responsibility to open our doors to those escaping unimaginable violence and persecution.  A lawsuit filed by the ACLU seeking to block the “Remain in Mexico policy” alleges that it violates immigration laws, the Administrative Procedure Act, and the United States’ duty under international human rights law not to return people to dangerous conditions.  The lawsuit importantly also highlights that the policy undermines the very purpose and intent of our country’s asylum system, which is supposed to safeguard the lives of those looking to escape violence and persecution.

As Central Americans and others continue to seek refuge in our country, we cannot turn a blind eye to this policy and other attempts to deter and harm them. Together with our coalition partners, ADL is committed to pressing the Administration to immediately end its failed and illegal immigration policies and to advocating that Congress ensure a fair and humane process for all asylum seekers.