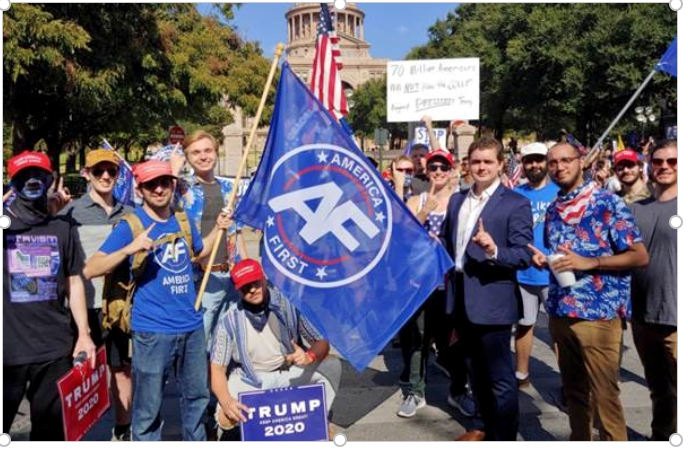 On Saturday, November 7, 2020, all major media outlets called the presidential election for now President-elect Joe Biden. Right-wing extremists reacted to the news as expected -- with anger, distrust and nebulous, non-specific threats of violence.

The Proud Boys appear to be primarily focused on disseminating and elevating unfounded rumors of election fraud. Some members posted vague threats of violence. Leader Enrique Tarrio wrote on his Parler feed, “We’re rolling out. Standby order has been rescinded,” apparently referencing President Trump’s “Stand back. Stand by” statement in the first presidential debate. When a reporter contacted Tarrio to ask about the post, Tarrio said he was on vacation and had no plans to incite violence – but that he had “questions” about voter fraud.

Meanwhile, QAnon believers are pushing the narrative that the election results are all part of The Plan. Although some QAnon adherents are frustrated that there has not been word from Q since November 3, 2020, most seem to feel Trump’s loss is necessary to mount the lawsuits that will eventually expose the crimes of the Deep State.

Militia supporters on the Oath Keepers board and MyMilitia forums do not believe the election is over, alleging fraud. They believe that the media calling the race for President-elect Biden is part of the leftist takeover (they believe Fox News sold out). Many seem to have faith that the fraud will be exposed in the next few days or weeks, and that the courts will step in and overturn the election results.

There was some nondescript chatter about the need to “get ready,” but this language is both typical and unspecific, offering no timetable or actionable intelligence.

White supremacists, posting on Telegram and neo-Nazi site the Daily Stormer, maintain their belief that the election was illegitimate thanks to massive fraud. They place significant blame on the “mainstream media” for its coordinated effort to deliver a Biden victory and for “prematurely” announcing the winner, and lament that since Jews control the government, the public never really had a choice in the election. Some discuss the possibility (or inevitability) of Civil War – a long-standing goal of many white supremacists.

Andrew Anglin, who runs the Daily Stormer, wrote, “This was the biggest and most public scam in all of electoral history.”

At this point it’s impossible to say whether the coming days will see violence from any of these groups. Accelerationists are always looking for opportunities to sow chaos, and they may see the limbo of the coming weeks as a welcome opening. Antigovernment extremists – including Boogaloo and Three Percenters – have been particularly active throughout the year, showing up heavily armed at social justice rallies and loudly protesting public health orders meant to stop the spread of COVID-19.