The Road to Power: Idaho Outfit Behind Rash of Racist, Anti-Semitic Robocalls 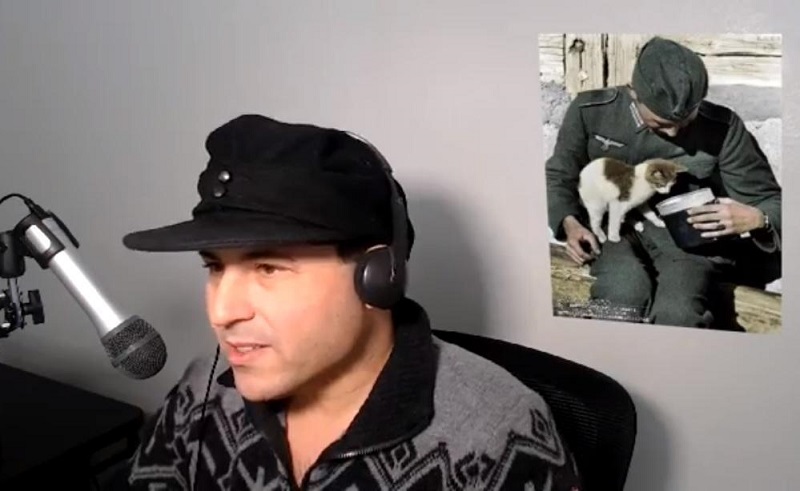 The Road to Power, a white supremacist and anti-Semitic broadcasting outlet based in Sandpoint, Idaho, continues to ramp up its tactic of robocalling communities nationwide with racist, anti-Semitic and bigoted language.

The calls, which have targeted communities in California, Idaho, Iowa, Florida, Georgia and Pennsylvania, seek to exploit current events by disseminating vile, offensive commentary.  Robocalls are a relatively low-cost and easy means of communicating hate and allow callers to mask their identity while reaching a wide audience.

The man behind Road to Power, Scott D. Rhodes, is a white supremacist who achieved local notoriety in late 2017 when police linked him to the distribution of white supremacist propaganda at Sandpoint (Idaho) High School, harassment of a Sandpoint resident, and threatening, anti-Semitic calls that included recordings of Hitler.

In addition to robocalls, The Road to Power posts racist and anti-Semitic videos and commentary on bitchute and Gab, platforms that have voiced no objection to hosting white supremacist and extremist ideologues. The video episodes include screeds against “kikes” and “jungle animals...Negroes.”

Since May, The Road to Power has zeroed in on divisive political campaigns across the country. Their first political call, supporting neo-Nazi Patrick Little, a failed U.S. Senate candidate in California, accused Little’s opponent, U.S. Senator Dianne Feinstein, of being an Israeli citizen (a nod to a common anti-Semitic trope about Jewish “dual loyalty” to the U.S. and Israel) and promised Little would “rid America of the traitorous Jews.”

The robocall volume spiked in the following days. On May 15, The Road to Power took to Gab to boast about the calls, which they claimed were delivered to more than 350,000 Californians, a hugely inflated count. As ADL documented, many of these calls specifically targeted roughly 50 Jewish institutions throughout California.

Little was soundly defeated in the primary, and subsequently spent much of the summer on his “Name the Jew” tour, bringing his anti-Semitic bile to cities across the U.S.

In July, a Road to Power robocall went out in California in support of U.S. Congressional candidate John Fitzgerald, an anti-Semite and Holocaust denier: “End the Jewish takeover of America and restore our democracy by voting John Fitzgerald for U.S. Congress. Even if you are a registered Democrat, it’s no longer a real democracy when the two percent ethnic minority that are Jews, has dominance over America and uses it to serve the foreign country of Israel.”   The call went on to promote anti-Semitic conspiracy theories, stating, “Your vote for John Fitzgerald means no more U.S. wars for Israel based on their lies, like the Jewish conducted attack on 9/11.” To Rhodes’ ire, Fitzgerald, a Holocaust denier and white supremacist, disavowed the calls.

A month later, Andrew Gillum became the first black man to win a major party’s nomination for governor of Florida, and The Road to Power was ready with a racist robocall. According to The New York Times, the call features a man pretending to be Gillum speaking in a “minstrel” voice: “Well hello there,” the call begins, “I is Andrew Gillum.” The voice talks about mud huts and unfair policing practices, while sounds of drums and monkeys play in the background.

In October, the Road to Power issued a second robocall targeting Gillum. This call was similarly racist -- and used the same minstrel voice to represent Gillum – but was also anti-Semitic, echoing a number of white supremacist talking points, falsely linking Jews to the slave trade and claiming that Jewish support for Gillum is part of Jews’ grand plan to elevate black people to positions of power, ostensibly for their own gain.

The weekend before the November midterms, a racist, anti-Semitic call credited to the Road to Power targeted Georgia gubernatorial candidate Stacy Abrams, and mocked Oprah Winfrey, who has campaigned on Abrams' behalf. The prerecorded, race-baiting call features a man’s voice purporting to be Winfrey’s, using terms like “Aunt Jemima” and “magical Negro,” and threatening “white racists” with death.

In addition to targeting political campaigns, these robocalls have also been used to promote hatred and division in the midst of local and national news events and tragedies. A year after the Unite the Right rally stunned Charlottesville, Virginia, city residents were targeted by Road to Power robocalls calling for ethnic cleansing and the repeal of constitutional rights shielding African-Americans from voter and workplace discrimination.

In June, following the death of Antwon Rose, Jr., an unarmed 17-year-old black boy who was shot in Pittsburgh by a police officer, some city residents received calls praising white police officers who have killed black men. The calls cited false crime “statistics” about black people, and referenced “white cops, the ones doing the tough job of animal control.”

In August, when an undocumented immigrant was implicated in Mollie Tibbetts’ murder in Iowa, her family begged for privacy, and for an end to the anti-immigrant rhetoric that some were peddling in the wake of her death.

The Road to Power responded with a robocall that referred to Latino Americans as “low IQ, bottom-feeding savages.” The call continued: "If after her life has now been brutally stolen from her, she could be brought back to life for just one moment and asked, ‘What do you think now?’ Mollie Tibbetts would say, ‘Kill them all.’”

In an interview with the Des Moines Register, Tibbetts’ father condemned the message, calling it “everything that’s dark and wrong in America right now.”

In November, students at Drake University in Iowa received a racist robocall from the Road to Power. Administration officials immediately sent out a campus-wide alert, saying they were “working to stop” the “offensive, disturbing and hateful recorded messages,” as quickly as possible.

In late November, Road to Power issued a robocall to residents in and around Charlottesville, Virginia, just as jury selection began in the trial of James Fields, Jr, the white supremacist accused of murdering anti-racist protester Heather Heyer during the 2017 Unite the Right rally in Charlottesville. The calls celebrate Unite the Right attendees as “men brave enough to speak out against the Jewish agenda for the displacement of whites in America,” and asks, “Who really belongs on trial for the heart attack of morbidly obese Heather Heyer?”