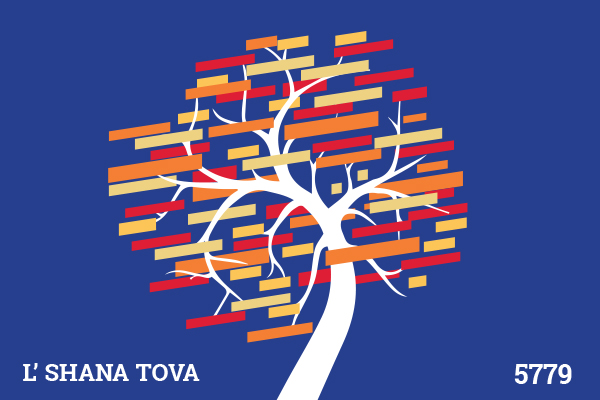 On Rosh Hashanah, we take time to pause to reflect on the year that has passed, and what we hope for in the year ahead.  We celebrate the New Year as an opportunity to press the “reset” button, with hopes that the coming year will bring a brighter future for our people, and for the world we share together with everyone.

We’ve faced a multitude of challenges in the year now winding down. Over the course of the year we witnessed record numbers of anti-Semitic incidents in the U.S., and similar spikes reported in European nations abroad. We watched as communities in the United Kingdom, France and Germany faced new manifestations of this age-old hatred in various forms, including a firestorm in the over anti-Semitism in the U.K. Labour Party.

We can only hope to see more world leaders stand up to bigotry and hate in the year ahead.

We take comfort in the fact the Jewish state remains safe and strong, despite residing in an increasingly unstable and hostile neighborhood.

There’s also reassurance in the fact that most American leaders continue to speak up for Israel and speak out strongly against anti-Semitism and racism. The formal recognition by the U.S. of Jerusalem as the eternal capital of the Jewish state offered another reminder that Israel has no greater friend in the world than the U.S.

On this Rosh Hashanah, we begin a new year with renewed hopes for a better future for Israel and all our people.

We have faith that education, awareness and understanding can help to drastically reduce the evils of anti-Semitism. We hope that our leaders can set aside their differences to realize ideal of America as a beacon for the downtrodden and as a model for democracy, pluralism and freedom.

In 5779, we recommit to resolve to speak up for the downtrodden, speak truth to power, and stand up resolutely in the face of hatred.

To send ADL holiday e-cards to friends and family with an honor/tribute gift to ADL, please visit our donation page.