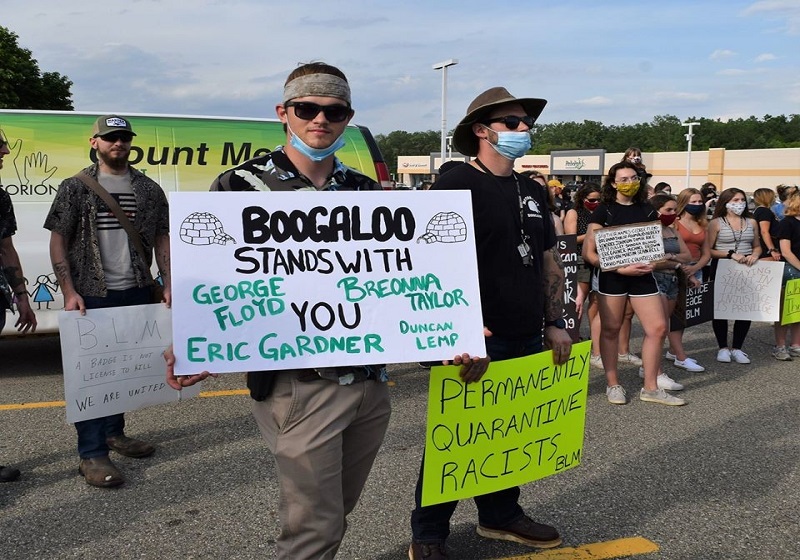 Some vocal extremists are showing up at the ongoing protests over the murder of George Floyd and police brutality. The extremists, who subscribe to a range of right wing ideologies, do not appear to be following any overarching plan or strategy, and are turning up at protests of all sizes, nationwide.

Some who share the protesters’ opposition to law enforcement and government are joining the demonstrations. Others, carrying weapons, are acting as self-appointed security forces, vowing to protect businesses and residents from protesters.

White supremacists, meanwhile, have attempted to antagonize protesters by distributing racist propaganda, holding inflammatory signs, or yelling insults from passing vehicles. Still others have shown up to “monitor” or report on protests.

A handful of extremists have been arrested for a range of crimes including inciting a riot, aggravated assault and weapon charges.

The Center on Extremism is tracking extremists’ appearances at the protests.