Some Nakba Day Events Descend into Support for Violence, Antisemitism 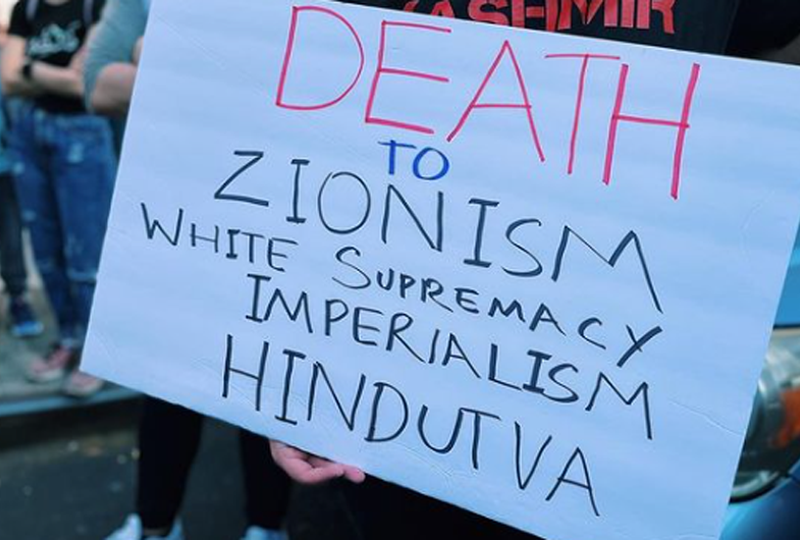 A sign held at a Brooklyn Nakba rally on May 15

Nakba (“catastrophe” in Arabic) Day, held on May 15 each year, is marked by Palestinians and their supporters, including many anti-Israel activists, as a day to mourn the creation of the State of Israel on May 14, 1948 and advocate for the Right of Return of Palestinian refugees. This year, on May 14 and 15, approximately 35 events were held across the United States, with attendance ranging from approximately a dozen to several hundred. Organizers included anti-Israel groups such as Students for Justice in Palestine, Jewish Voice for Peace and the Palestinian Youth Movement (which have chapters across the U.S.), along with local anti-Zionist activist organizations.

While most rhetoric did not veer into antisemitism or support for violence, a significant segment did, descending into expressions of support for terror groups or attacks against Israelis. This included a speaker in Dearborn, MI, who endorsed rocket and knife attacks. In several rallies, inflammatory remarks were made against “Zionism” and “Zionists,” including a speaker in Chicago who announced an initiative aimed at “sanctioning the Zionism movement” and to “de-platform and defund Zionist institutions.” At a rally in the Bay Area, a speaker led a chant of “no Zionism in our town!” Such anti-Zionist rhetoric, which seeks to vilify and ostracize “Zionists,” constitutes a wholesale attack on American Jews, a majority of whom view a connection with Israel, and support for its right to exist, as part of their Jewish religious, cultural and/or ethnic identities.

Emotions were high following the tragic killing of Al Jazeera journalist Shireen Abu Aqla on May 11 in Jenin. Abu Aqla was commemorated in both speeches and posters. Outrage was often expressed, along with calls for justice and accountability. More broadly, attendees expressed a variety of grievances related to Israel’s treatment of the Palestinians. Many alleged that Israel is a settler colonial and apartheid state that has engaged in the ethnic cleansing and genocide of the Palestinians. Chants of "Intifada!" were common, as well as "from the river to the sea, Palestine will be free." While some interpret this as a general plea for Palestinian rights and equality, many understand it as a call for Israel to be dismantled and replaced with a Palestinian state.

Expressions of support for violence

Denigration and vilification of Zionism and Zionists