Some US Anti-Israel Activists Express Support for Terrorist Activity 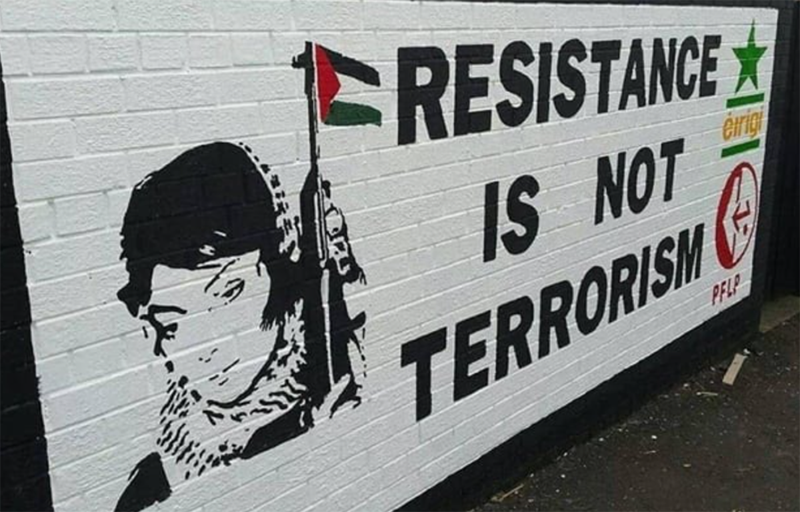 Over the years, a small but concerning number of US anti-Israel groups and activists have expressed support for groups or individuals who are known to have engaged in terrorist activity in the name of the Palestinian cause. While properly protected by the First Amendment, such rhetorical support can implicitly legitimize terrorism; it also diminishes prospects for meaningful dialogue on the Palestinian-Israeli conflict.

Though infrequent, praise and support for US-designated terror groups such as Hamas, Hezbollah, Islamic Jihad and the Popular Front for the Liberation of Palestine (PFLP) by such US groups and academics can be found on social media, in anti-Israel publications and on webinars in recent years.  Hamas, Islamic Jihad and PFLP have perpetrated numerous lethal attacks against Israeli and other civilians, including hijackings, stabbings, setting off rockets and conducting suicide bombings. The Lebanese organization Hezbollah is responsible for firing thousands of rockets at Israeli civilians, as well as for carrying out attacks and plotting attacks against Jewish and Israeli targets worldwide.

In some anti-Israel circles, PFLP terrorists Leila Khaled and Rasmea Odeh have drawn particular admiration. Leila Khaled took part in the hijacking of two civilian aircraft in 1969 and 1970. In recent interviews, she has remained unrepentant for her role in the hijackings and continues to hold the view that the Palestinian national movement is justified in using all means of resistance, including armed struggle. A stylized image of a younger Khaled posing with an assault rifle is sometimes displayed on materials circulated by anti-Israel groups.Rasmea Odeh was convicted in an Israeli court in 1970 for her alleged involvement in a 1969 supermarket bombing that killed college students Leon Kanner and Eddie Joffe. She gained prominence in 2017, when she was deported following a trial in the U.S. that determined she had intentionally neglected to mention her terror conviction in official immigration forms. 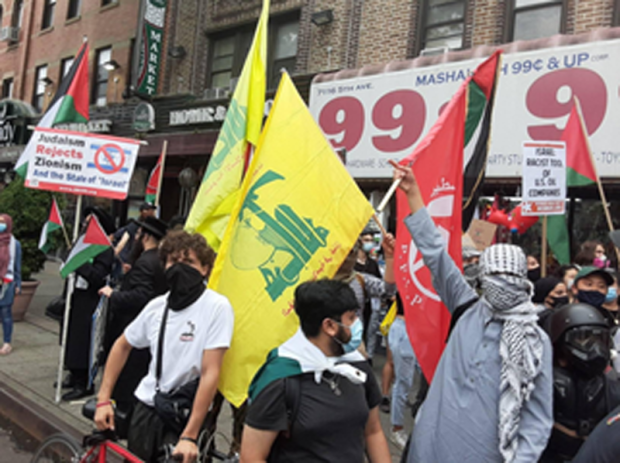 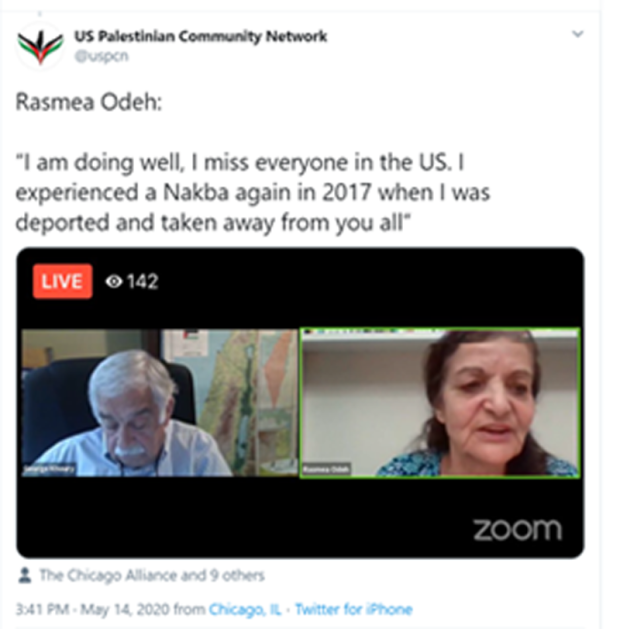 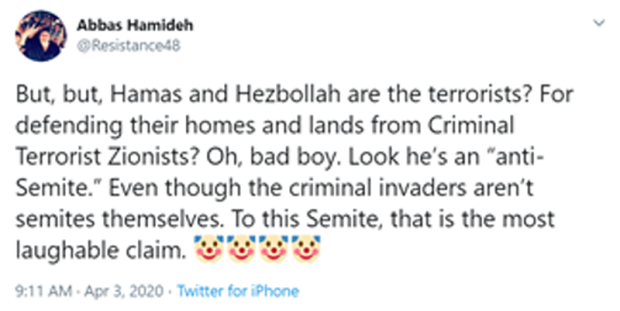 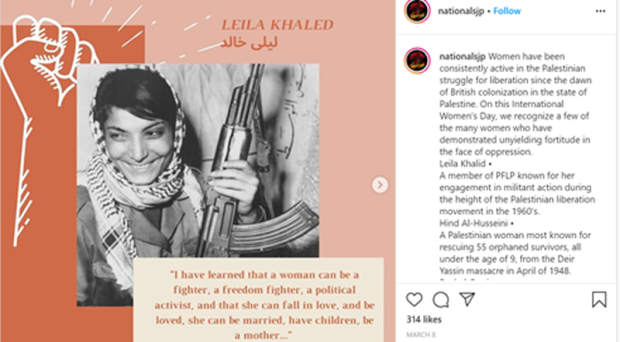 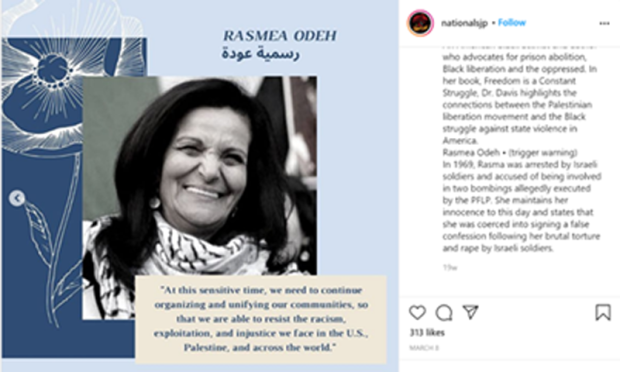 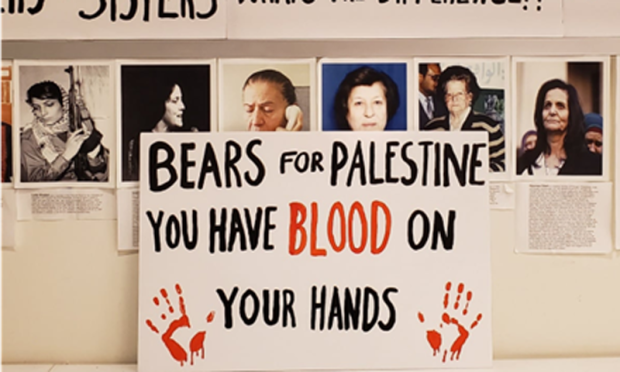 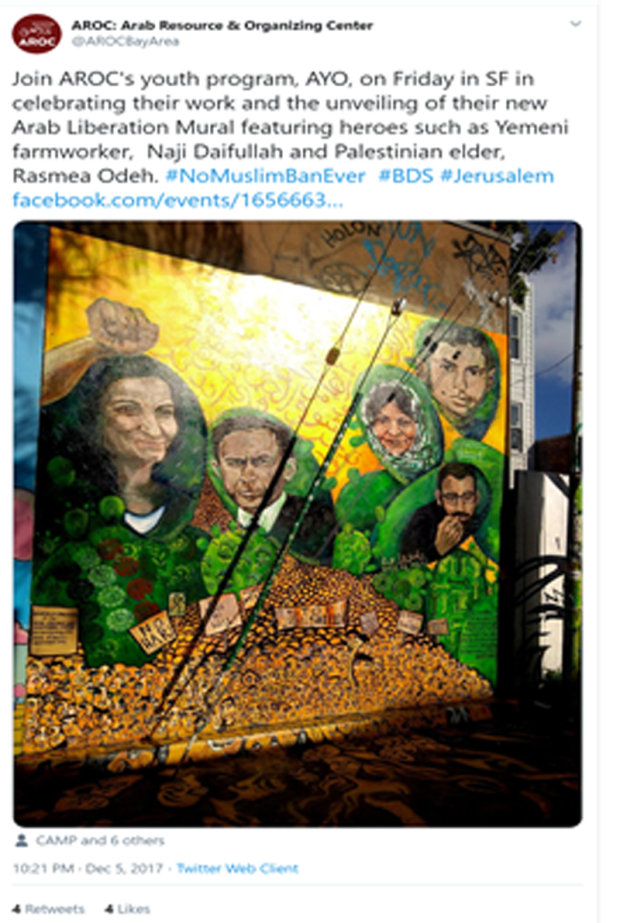