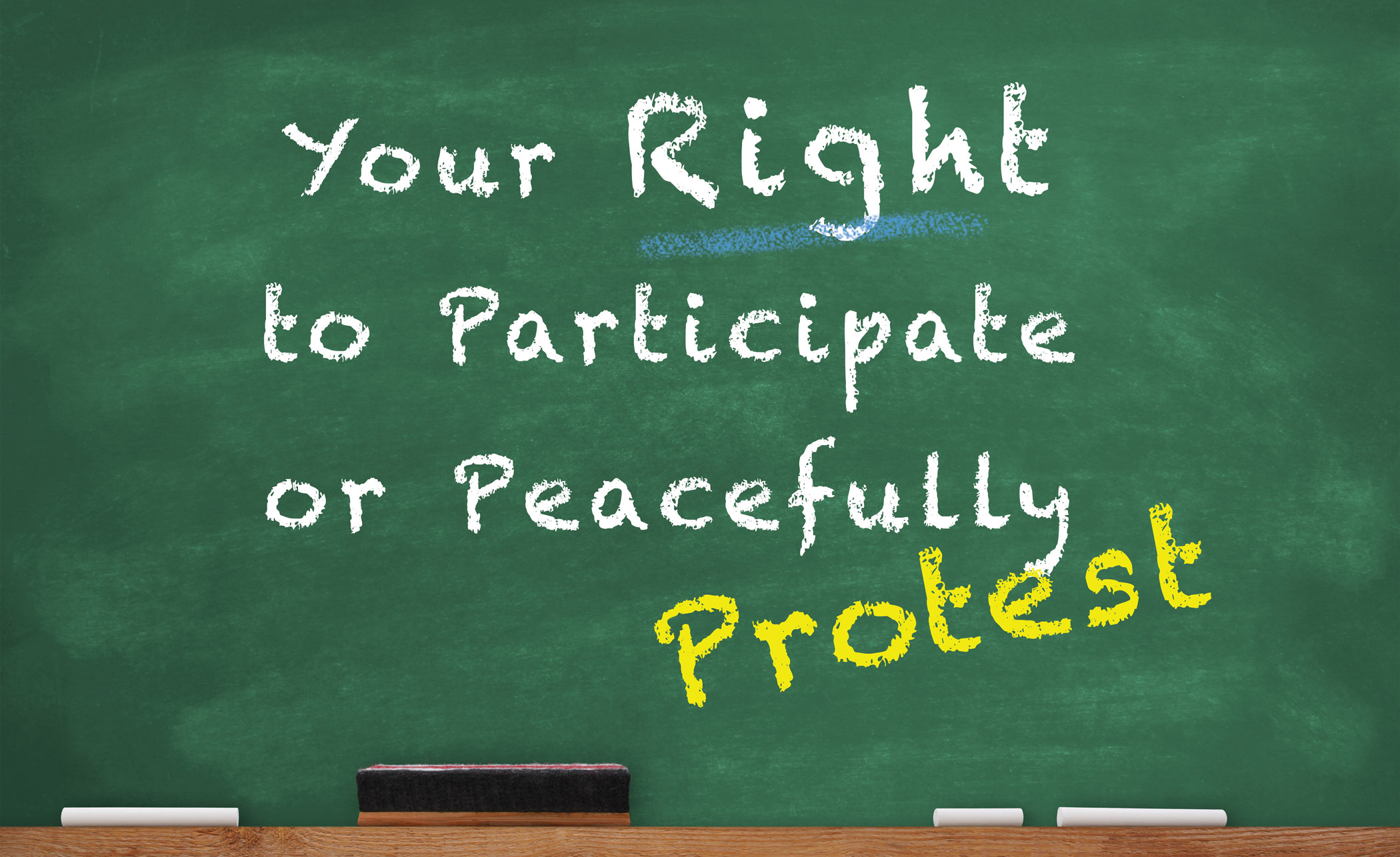 In August 2016, then-NFL San Francisco 49ers quarterback Colin Kaepernick decided to take a stand about racial injustice by refusing to stand for the National Anthem at football games. He spent much of the season either sitting or kneeling during the anthem. Fast forward to the 2017 football season where the controversy emerged again when on a Sunday in September, more than 200 NFL players took a knee during the Anthem.

This recent controversy over NFL players and others taking a knee has led to discussions among schools and the education community about the rules and guidelines for students who choose to not participate or peacefully protest the Pledge of Allegiance or National Anthem.

While public schools* grapple with how to handle students who choose to peacefully protest racial inequity or other issues important to them, another conversation has unfolded: students’ First Amendment rights. There seems to be confusion about what the law is and whether public school students can be punished or denied the right to participate in extracurricular activities for engaging in peaceful protest.

The constitutional rights of public school students not to participate in the Pledge of Allegiance or National Anthem are clear. The 1943 Supreme Court ruling states that public schools cannot coerce students to salute the American flag or recite the Pledge of Allegiance if it conflicts with their beliefs. Students do not lose their constitutional rights to free speech by walking through the schoolhouse doors, and school officials violate those rights by punishing students for participating in peaceful, non-disruptive protests like kneeling during the National Anthem.

Students and their families may need advice about how to approach their First Amendment rights, especially when their school tries to compel them to participate or impose consequences for not doing so. Here is ADL’s advice for school administrators, parents/guardians and students, in addition to a letter that can be presented to schools:

What Students Can Do

What Parents/Guardians Can Do

What School Administrators Can Do