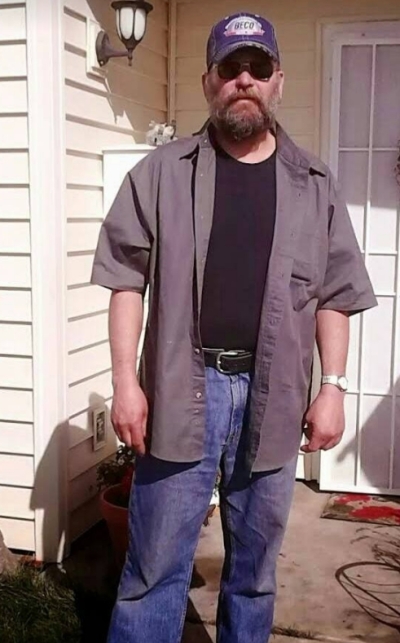 An anti-government extremist and his son are two suspects in the fatal shooting of a western Montana sheriff’s deputy on May 16. In an eerie parallel, 17 years earlier, the same extremist and another of his sons were involved in a similar—though not deadly—incident along the California-Nevada border.

For reasons that are yet unclear, Broadwater County Sheriff’s Deputy Mason Moore was pursuing or had stopped a vehicle with two occupants when dispatchers from neighboring Gallatin County lost radio contact with him.  State and local law enforcement officers eventually found Moore dead along the side of a highway. They later found his patrol vehicle in a separate location.

The dash cam video from the slain deputy’s vehicle allowed officers to identify an SUV involved in the incident. After a bulletin went out, the vehicle was located several counties to the west and a chase ensued.  During the pursuit, according to law enforcement, the vehicle’s passenger allegedly fired a rifle at police through the back window of their SUV.  The driver also fired shots.

The chase—which covered more than 140 miles—ended in Missoula County, in the far west of Montana, where the SUV’s passenger reportedly exited the SUV and shot at officers. Officers returning fire hit the passenger and wounded him in the head, after which they were able to arrest the driver on suspicion of deliberate homicide.

Following the incident, the suspects were identified.  The wounded passenger was Marshall Barrus, 38, a resident of Gallatin County, and his father, Lloyd Barrus, 62, who had been living in Bakersfield, California, but had lived in a number of other states over the years.

Lloyd Barrus’s Facebook and Twitter profiles reveal his anti-government sentiments, interest in militia-style conspiracy theories about chemtrails and martial law, as well as at least one post featuring an anti-Semitic meme.

It appears that law enforcement in Montana may have been unaware of a serious previous incident involving the Barrus family and law enforcement that occurred in March 2000.  This incident received very little media coverage at the time, despite its sensational nature, though the Anti-Defamation League has used it as an example in some of its law enforcement trainings and documents on extremism and officer safety.

The earlier incident also began with a traffic stop.  At the time, Lloyd Barrus was living in Idaho, but the stop occurred in Nevada. A Nevada Highway Patrol officer stopped a BMW with three occupants—Lloyd Barrus, his son Jeffrey Barrus, and a woman named Cheryl Maartreuse. During the stop, the officer spotted a shotgun in the BMW and called for backup.  Before backup could arrive, the BMW abruptly sped away.  A chase ensued that lasted 70 miles, during which one of the occupants fired shots at pursuers, crossing the California border into Death Valley National Park. One of the occupants of the vehicle fired five times at a California Highway Patrol officer but again luckily missed.

The BMW finally got stuck in mud, forcing the occupants to abandon it.  Taking a variety of weapons with them, they found a defensible location in a nearby gully, where they used rocks to improvise cover. By this time there were more than a hundred officers from a variety of agencies and departments involved in the incident and a day-long standoff ensued.

During the standoff, the fugitives took more shots at officers—but again did not hit any.  However, a California Highway Patrol helicopter was not so lucky.  The extremists’ gunfire hit the helicopter and damaged it so much that it was forced to make an emergency landing—the first time a California Highway Patrol helicopter was downed by hostile fire.  Once more, law enforcement was lucky and nobody was injured in the incident.

After dark, the three started to argue about whether to stay and fight it out or attempt to escape.  However, by then SWAT officers with night-vision goggles had been able to approach their location unseen and surprised the trio of extremists, forcing them to surrender.

Following the incident, authorities discovered that the trio had a variety of weapons—including rifles, shotguns, pistols, and even a derringer--and over a thousand rounds of ammo with them.  Authorities also discovered extremist literature in the BMW, some of it reportedly written by Lloyd Barrus.  Law enforcement in Idaho had informed their counterparts in California that Barrus had “ties to a militia in Alaska” (where Barrus had previously lived) and “outspoken anti-government views.”

The suspects were held on $250,000 bail, facing charges of attempted murder of peace officers, but it is not clear what the eventual charges were, or how they were resolved, though it appears that Lloyd Barrus spent at least some time in the state prison at Corcoran.  The incident received relatively little media attention—and most of what attention it did receive misspelled the Barrus’s names as “Burrus.”

It is clear, however, that the officers in Nevada and California were profoundly fortunate in a way that Deputy Moore in Montana tragically was not.