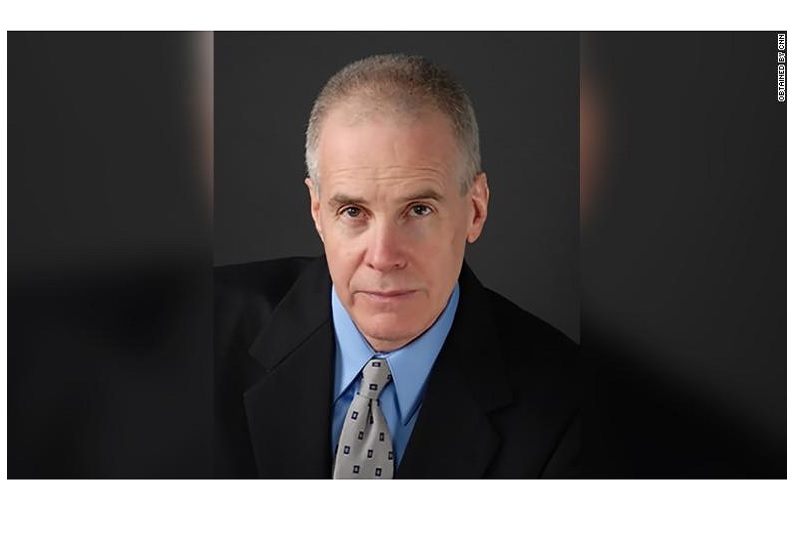 Roy Den Hollander, the primary suspect in a July 19, 2020 fatal shooting at a federal judge’s New Jersey home, made no secret of the fact that he hated powerful women.

The self-described “anti-feminist lawyer,” who died by apparent suicide hours after the attack which left Judge Esther Salas’ son dead and her husband in critical condition, built much of his career around objectifying and demeaning women, and holding up white men as the ultimate victims in American society. Hollander filed a number of lawsuits against the all-male military draft, and one of those cases was on Salas’ docket, although Hollander had removed himself from the suit last year when he was reportedly diagnosed with terminal cancer.

Thanks to his endless lawsuits and penchant for self-promotion, Hollander was a highly visible MRA, or Men’s Rights Activist. MRAs are a subset of the extremist misogynist culture that thrives in the online “manosphere.”

The MRA movement initially emerged as a response to second-wave feminism, consisting of men advocating for one another in family court and protesting women’s equality and professional advancement. More recently, MRAs have adopted the same victimhood mentality that animates their misogynist compatriots—including incels, or involuntary celibates.

Hollander, who is also being investigated posthumously in the shooting death of a fellow MRA in California earlier this year, wrote extensively online about his anger towards women and feminism, posting lengthy tracts accusing “Feminazis” of ruining men’s lives, and advocating for retribution. “Insurrection seems better than living as slaves to the Feminists and a government that enforces their male-hating policies…Violence is coming….” He wrote specifically about Salas: “Latina [judges], however, were usually a problem—driven by an inferiority complex…[Salas] did have one accomplishment – high school cheerleader.”

His “Evolutionarily Correct Cyclopedia,” or “Ammunition for fighting the PCers or Political Commies as well as the Feminists, a.k.a. Feminazis, their sycophants, appeasers, and Feminist opportunists,” is a 152-page glossary detailing Hollander’s misogynist and racist beliefs about, among other things, gendered intelligence, race-based crime, “rape” as a lie, general mistreatment of men and the Violence Against Women Act, which he refers to as “Violence in Aid of Witches Act (VAWA), a.k.a. the State Violence Against Men Act.”

Hollander writes, “Today, guys not only forgive females for smashing the car, but for smashing men’s lives, ruining corporations, biasing the courts, and anything else a female is running that she’s too incompetent to handle.” His argument against gun control: “A girl’s tongue is her gun, so why should men disarm unless females are muzzled.”

Responding to imagined charges of misogyny, Hollander writes: “You can’t hate that which you lust after. Now, that’s not to say that I’m not wary of all those hot young ladies who have an uncanny ability to make me do something stupid, but they just require caution. As for the Feminists, whom I do not lust after, I do not hate them—I despise them.” He has additional thoughts on “hot” women: “If I owned a 1957 red and white DeSoto Fireflite Sportsman convertible with push button drive, I wouldn’t want some other guy riding around in it picking up chicks. It’s my car, and it’s valuable to me, because it’s hot, and there are so few of them. But there are hundreds of million [sic] of hot girls. Why would a guy want to own anyone of them when he can rent dozens? So ownership and possessiveness of a girl makes no sense. The entire concept of ‘ownership’ of a girl comes from girls thinking they’re more valuable than they are—the princess syndrome.”

In the past 15 years, Hollander filed multiple lawsuits against women’s studies programs and “ladies’ nights” at bars. In 2013, Hollander filed (and lost) a lawsuit against a Manhattan nightclub, arguing that charging men exorbitant prices for drinks was the same as Jim Crow laws targeting Black individuals. “They're doing the same thing they did in the Deep South back in the 1950s,” he told the New York Daily News. “Having to buy a $350 bottle of watered down vodka – that's the 'sitting in the back of the bus' for us!"

His website detailed his many grievances in list and narrative form; several posts seem to foreshadow his alleged attack on the Salas family and his own suicide. “Thanks to a trilogy of anti-Feminist cases I brought, I’ve already had my 15 seconds of fame. I’m satisfied. The trick now is to get a footnote in history.”

“Things begin to change when individual men start taking out those specific persons responsible for destroying their lives before committing suicide,” Hollander wrote.  “When every life destroyed by a lying tongue is repaid with another destroyed by a gun.”

For more information on misogyny and extremism, you can read our 2018 report: When Women are the Enemy: The Intersection of Misogyny and White Supremacy.