Tallahassee Shooter Appears to Have Been Racist Incel 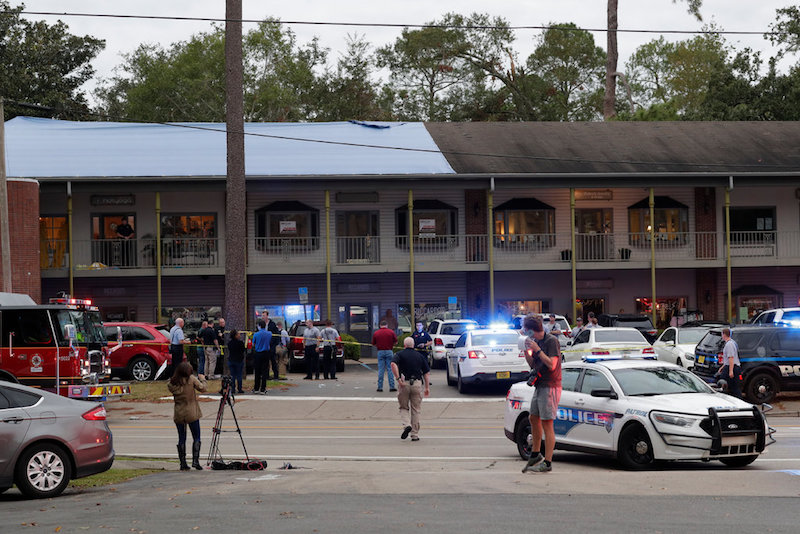 On Friday evening, Scott Paul Beierle reportedly entered a yoga studio in Tallahassee, Florida, and opened fire, killing two women and wounding five other people, four of whom are women. Beierle, who died at the scene from a self-inflicted gunshot wound, appears to have been a misogynist and a racist.

In the hours after the shooting, news reports quickly linked the 40-year-old Beierle, a former high school English teacher and apparent Army veteran, to language frequently used by online misogynists, including incels (involuntary celibates) and so-called Men’s Rights Activists. According to news reports, Beierle had a history of arrests for grabbing women sexually, including in 2012 and 2016. In the 2012 instance, Beierle was accused of assaulting the same woman multiple times. In both cases, the charges against Beierle were dropped.

Beierle was also virulently racist, based on content posted to a YouTube channel in his name. According to BuzzFeed news, Beierle posted 12 videos outlining his violent hatred for women, calling himself a misogynist and making racist comments about interracial relationships and diversity. “There are whores in — not only every city, not only every town, but every village,” he said, going on to accuse white women who dated non-white men of betraying “their blood.” He also posted a video “explaining” why he hated “nigs.” The YouTube channel apparently belonging to Beierle was deactivated in the hours following Friday’s shooting.

In one nearly 15-minute screed posted to the YouTube in 2014, Beierle echoed the sentiments expressed by previous incel murderers like Alek Minassian and Elliot Rodger. “The target of [women’s] treachery can be anyone. How do you respond when [women], for whatever reason, collaborate to make the decision to attempt to tear somebody down?” He then claimed he’d “figured out how to address it.” Beirele also talked about a woman who had failed to keep a date with him, saying, “I could’ve ripped her head off,” and referred approvingly to Rodger, who had murdered six people just months before Beierle reportedly posted the video.

So-called incels, who have been implicated in a number of mass murders in recent years and who often share their misogynistic beliefs via online message boards, believe that the current sexual “marketplace” gives women too much freedom to choose their partners, which leaves some men being cheated out of their sexual birthright. Some incels believe that by denying them sex, women are committing “reverse rape” – which they argue is just as damaging and harmful as actual rape, and should be included in the #MeToo conversation. Racism and misogyny often go hand in hand, and can feed powerfully off one another. It is extremely common to see racist and misogynistic language in the same online forums.

ADL’s 2018 report on violent misogyny and white supremacy can be found here: