Tennessee’s state legislature is not known for moving forward legislation strengthening the wall separating church and state.  But earlier this week that is precisely what it did by passing a bill that mandates constitutional safeguards in teaching about religion in public schools.

In recent years, the state legislature has enacted multiple bills that promote majority religious views and undermine the separation principle: a bill designating the Holy Bible as the official state book; backdoor school prayer legislation; a measure requiring post-secondary schools to support student clubs that exclude members based on religion; and a so-called “Academic Freedom Act,” which opens the door to teaching intelligent design – a form of creationism – in the public schools. 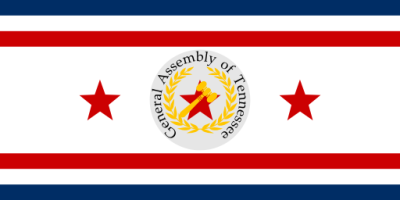 Based on this history, the passage of House Bill 1905, “An act relative to … the inclusion of religion in instruction and curriculum,” at first glance seems inconsistent and surprising.  The impetus for the bill, however, mitigates that inconsistency.  It was filed in response to claims that a middle school social studies curriculum crossed the constitutional line between teaching about and indoctrinating Islam.  No similar claims were made about the course’s coverage of other faiths including, Christianity, Buddhism, Judaism, Confucianism, Daoism, and African religions.

Despite the questionable motivation behind the bill, on paper it is beneficial.  It codifies longstanding constitutional standards  by stating that “[t]he inclusion of religion in textbooks, instructional materials, curriculum, or academic standards shall be for educational purposes only and shall not be used to promote or establish any religion or religious belief.”  Most significantly, it requires “[t]eacher training institutions” to provide candidates with instruction and strategies on how to teach about religion in a constitutionally permissible manner.

Our nation’s public schools are for all children regardless of their faith.  In theory, HB 1905’s safeguards should make Tennessee public schools more welcoming and inclusive.  However, in light of the state legislature’s history and the reasons behind this bill, ADL has concerns that its protections will only be applied in teaching about minority faiths.