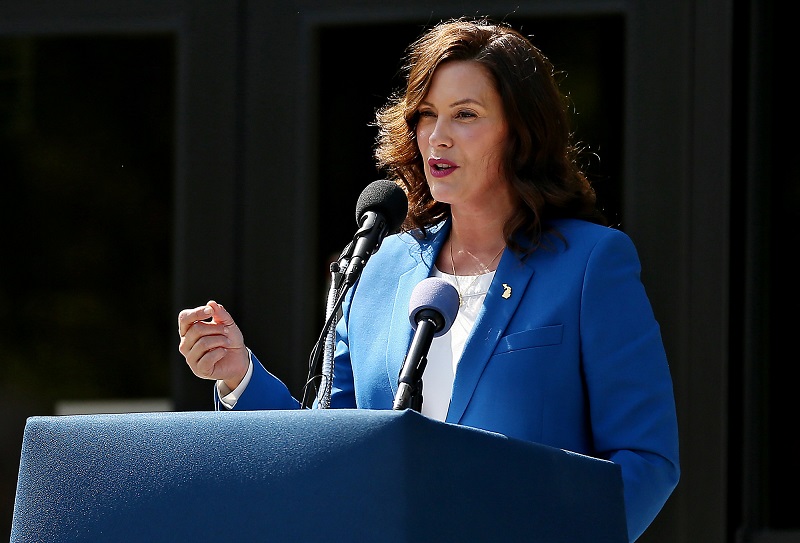 “They discussed possible targets, taking a sitting governor, specifically issues with the governor of Michigan and Virginia based on the lockdown orders,” the agent told a Michigan courtroom.

On October 8, 2020, federal and state authorities in Michigan announced the arrest of 13 people associated with a militia cell called the Wolverine Watchmen. Six people were charged federally with conspiracy to kidnap, while seven more were charged by the state of Michigan with material support for terrorist acts, carrying or possessing a firearm during commission of a felony, and other charges.

Authorities emphasized that the investigation is ongoing. The plot targeted Michigan Governor Gretchen Whitmer, and members of the militia cell also discussed possible violent acts against state police facilities. The men appear to have chosen Gov. Whitmer because of her administration’s health policies aimed at stemming the spread of the coronavirus.

According to officials at an October 8, 2020, press conference, the men had reportedly coordinated surveillance on Gov. Whitmer’s vacation home and discussed detonating explosives to divert law enforcement’s attention from the kidnapping. They also surveilled the underside of a highway bridge for a place to plant explosives and blew up a “practice” IED, laced with shrapnel.

It appears that the Wolverine Watchmen were influenced by the boogaloo movement, and the kidnapping plot reflects the boogaloo interest in targeting a perceived symbol of oppression in Governor Whitmer, attacking law enforcement and sparking a wide spread civil war.

In addition, several members of the Wolverine Watchmen appear to be active supporters of the boogaloo movement. Joseph Morrison, who according to the Michigan state affidavit is considered the group’s “Commander,” went by the name “Boogaloo Bunyan” online and he was Facebook friends with boogalooer Mike Dunn. Brandon Caserta, another man named in the plot, liked a Facebook page called “Boogaloot Crate,” shared a meme referencing the boogaloo on Facebook and filmed a TikTok video where he wore a Hawaiian shirt – the favored apparel of the boogaloo movement. Meanwhile, Fox wore Hawaiian shirts, spoke frequently about the boogaloo and described a future civil war that would be sparked when people’s guns were confiscated.

According to the Michigan state affidavit, members of the Wolverine Watchmen conducted firearms training and tactical drills to prepare for the “boogaloo” (a term for civil war), and the group’s Facebook page, which appears to have launched in November 2019, was flagged and eventually removed during the social media platform’s purge of boogaloo content in June 2020.

Despite this setback, the group continued its activities, which included numerous paramilitary trainings, often at Morrison and Pete Musico’s property in Munith, Michigan. That same month, 15 group members and associates met in Dublin, Ohio, and allegedly talked about murdering “tyrants” as well as storming the state Capitol building and taking hostages, including Governor Whitmer—to try her for “treason.” Twice in July 2020, Watchman Adam Fox, who has emerged as a key figure in the case, allegedly spoke to a confidential informant about his desire to kidnap Governor Whitmer.

The second alleged founder, Musico, posted this comment to YouTube: “I know thousands of people, THOUSANDS, that will pick up arms and march [to] Washington to take our country back and hang every one of you traitors for treason! Every single person in Washington right now needs to be hung for treason. Every one of them; especially the Democrats!” Musico also posted a video in 2019 in which he discussed wanting to interview Gov. Whitmer about the rising costs of insurance and gas. That interview does not appear to have taken place.

Brandon Caserta, who was charged federally, wrote extensively on Facebook about his belief that the coronavirus pandemic is “a lie,” and also posted admiring memes about Kyle Rittenhouse, the Illinois teenager who shot and killed two people during a civil rights protest in Kenosha, Wisconsin.

Gov. Whitmer has emerged as a favorite mark for expressions of anti-government anger; her health measures to contain COVID-19 raised the ire of many Michiganders. A survey of the arrested men’s social media profiles indicates they were among her fiercest detractors.

Michigan has one of the country’s longest histories of militia activity.  Mark Koernke, an early militia movement pioneer was active in Michigan in the early and mid-1990s, while the Michigan Militia, which formed in 1994, was one of the earliest militia groups.  Militia groups and members in the state have been arrested on a variety of charges, ranging from illegal weapons possession to murder and terrorism-related charges.

In 2020, the militia movement in Michigan has focused much of its anger on state-level issues, ranging from prospects of gun control to opposition to state measures to combat the coronavirus.  Militia groups have also shown up in some places to counter Black Lives Matter protesters.