The Time Is Now: Bringing LGBTQ Topics into the Classroom 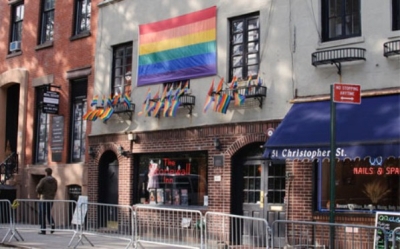 Over the past few years, our country has made enormous strides on marriage equality and as of June 26, 2015, marriage equality is the law of the land in all 50 states. On that day, the Supreme Court of the United States held that that the 14th Amendment requires a state to license a marriage between two people of the same sex and to recognize marriages lawfully performed in other jurisdictions. Sixty-one percent of Americans support marriage equality.

Has our country reached the tipping point?  Are we ready to bring LGBTQ topics into our curriculum and classrooms?

Consider the numbers. According to the 2011 ACS Census data, there are approximately 605,472 same-sex couple households living in the U.S. and 16% of those have children in the household. Further, there are as many as 6 million American children and adults who have an LGBTQ parent. With the Supreme Court ruling, all U.S. residents live in a state with marriage equality.

In addition to the children of same-sex couples attending our schools, there are students who themselves identify as lesbian, gay, transgender, bisexual and queer/questioning. Many of these students suffer teasing, bullying, harassment, violence and internalized oppression that can lead to academic consequences, risky behavior and even suicide. Almost half of all elementary students say they hear comments like “that’s so gay” or “you’re so gay” from other kids at school and 75% of LGBTQ middle and high school students report being verbally harassed because of their sexual orientation. The good news is that these students also report better school experiences when pro-active supports and resources are in place.

There are gay and lesbian educators in our schools but many don’t feel safe to be “out” to their students and the school community. LGBTQ teachers do not have the same privilege that heterosexual teachers have to talk about their partners/spouses and other core aspects of their lives and the school climate can be downright hostile towards them. There have been recent cases of teachers getting fired because of their sexual orientation. Some states have laws that prohibit discrimination on the basis of sexual orientation and gender identity but most do not. Federal legislation (ENDA) has been proposed to address this problem but it has stalled in Congress. Even teachers in states with legal protections aren’t necessarily comfortable coming out because administrators can find ways to fire them.

For children and teenagers, just knowing a gay teacher can be a powerful experience; it gives them the opportunity to know, admire and care about someone who is LGBTQ.

Given that our schools are populated with children of same-sex family households, LGBTQ students and gay and lesbian teachers, it is time to bring this topic into our nation’s schools and classrooms in a comprehensive way.  It is an opportunity to expand young people’s concepts of family, discuss marriage equality, infuse the curriculum with LGBTQ people and their history and accomplishments and address bias-based bullying for kids who identify as LGBTQ or are perceived as such.

For young children, family is central to the curriculum; therefore, discussing same-sex household families should be integral to the conversation. This “normalizes” instead of marginalizes children in same-sex households.  Children in those families need to feel comfortable talking about their own families and when those families are not represented in classrooms, teachers can share their stories through children's books and discussions.

As children move into upper elementary and middle school, teachers can incorporate conversations about gender, gender norms, kinds of families and LGBTQ people and identity. Students can be taught about marriage equality and the road to the Supreme Court ruling.

Bullying, especially identity-based bullying for LGBTQ or gender non-conforming students, should be discussed not only when an incident occurs but regularly. Children’s literature continues to be a positive way to understand and empathize with LGBTQ people and families.

In the middle and high school years as students emerge into adolescence, the conversations about identity can continue and stories of LGBTQ people can be explored and infused into the everyday teaching and learning. Reading young adult books with LGBT characters and integrating the accomplishments of LGBT people into social studies are encouraged. During the teen years, bullying around sexual orientation can be brutal and teachers should maximize opportunities to discuss it directly.

In 2011 California passed a law requiring educators to teach gay and lesbian history. On the other side, eight states currently have "no promo homo" laws which forbid teachers from discussing LGBT people and issues in a positive light and some prohibit discussing the topic at all. Because schools are central to any community, addressing LGBT topics will make our schools safer and more inclusive and will begin to curb the marginalization of LGBTQ people for the present and for future generations.