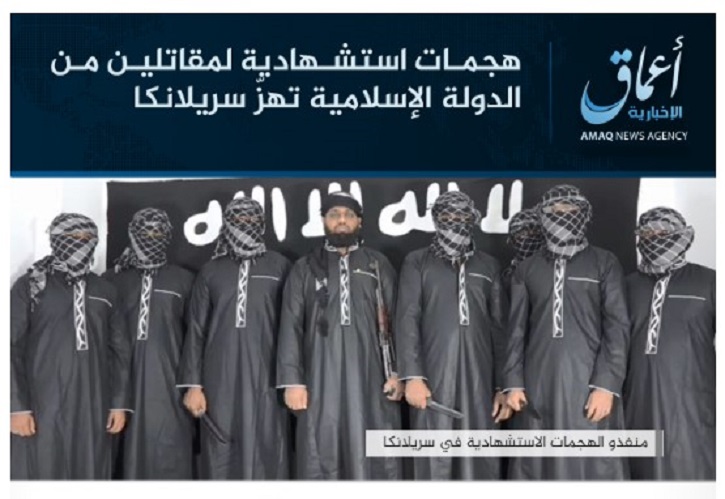 On Easter Sunday, April 21, 2019, nine suicide bombers carried out attacks at churches and tourist attractions across Sri Lanka, killing more than 250 people and injuring at least 500 more. In the attack’s aftermath, Sri Lankan authorities blamed a local Islamist group National Thowheeth Jama’ath (NTJ), a small but violent group that was founded in 2016 in eastern Sri Lanka known primarily for its anti-Buddhist sentiments, claiming the local group was aided by a larger unspecified foreign terror organization. Regardless of whether these attacks in Sri Lanka were explicitly directed or inspired by a foreign terrorist organization, they underscore the potent threat of Islamist extremism.

Though it appears all of the bombers were Sri Lankan, authorities are investigating the extent to which the attacks may have been motivated by ISIS and its radical, violent ideology. Two days after the bombing, ISIS released photos and a video of what it said were the alleged attackers pledging allegiance to the group. These claims are still being examined; however, ISIS has claimed atrocities in the past without any substantiated evidence.

While ISIS lost control of its remaining territory in Syria in 2019, its ideology and adherents continue to pose a global threat. Religious institutions are frequently targeted by Islamist extremists, particularly those motivated by ISIS’s brutal sectarian violence.

In the past year, most of the high-level attacks against religious institutions around the world were carried out by ISIS militants or its affiliates, like Boko Haram in Nigeria, which officially pledged allegiance to ISIS in 2016.

ISIS does not hesitate to attack sensitive targets, such as religious institutions, which can be partially explained by the ideological faction that caused the ISIS to splinter off from al-Qaeda in 2004. Abu Musab al-Zarqawi, the leader of ISIS’s predecessor organization that split from al-Qaeda, emphasized sectarian warfare and condoned attacks on Sunni Muslims they deemed to be apostates. Fifteen years later, ISIS still adheres to Zarqawi’s brutalism, and sectarian violence remains a staple of many Islamist extremist attacks.

Examples of Islamist extremist attacks targeting religious institutions in the past year: