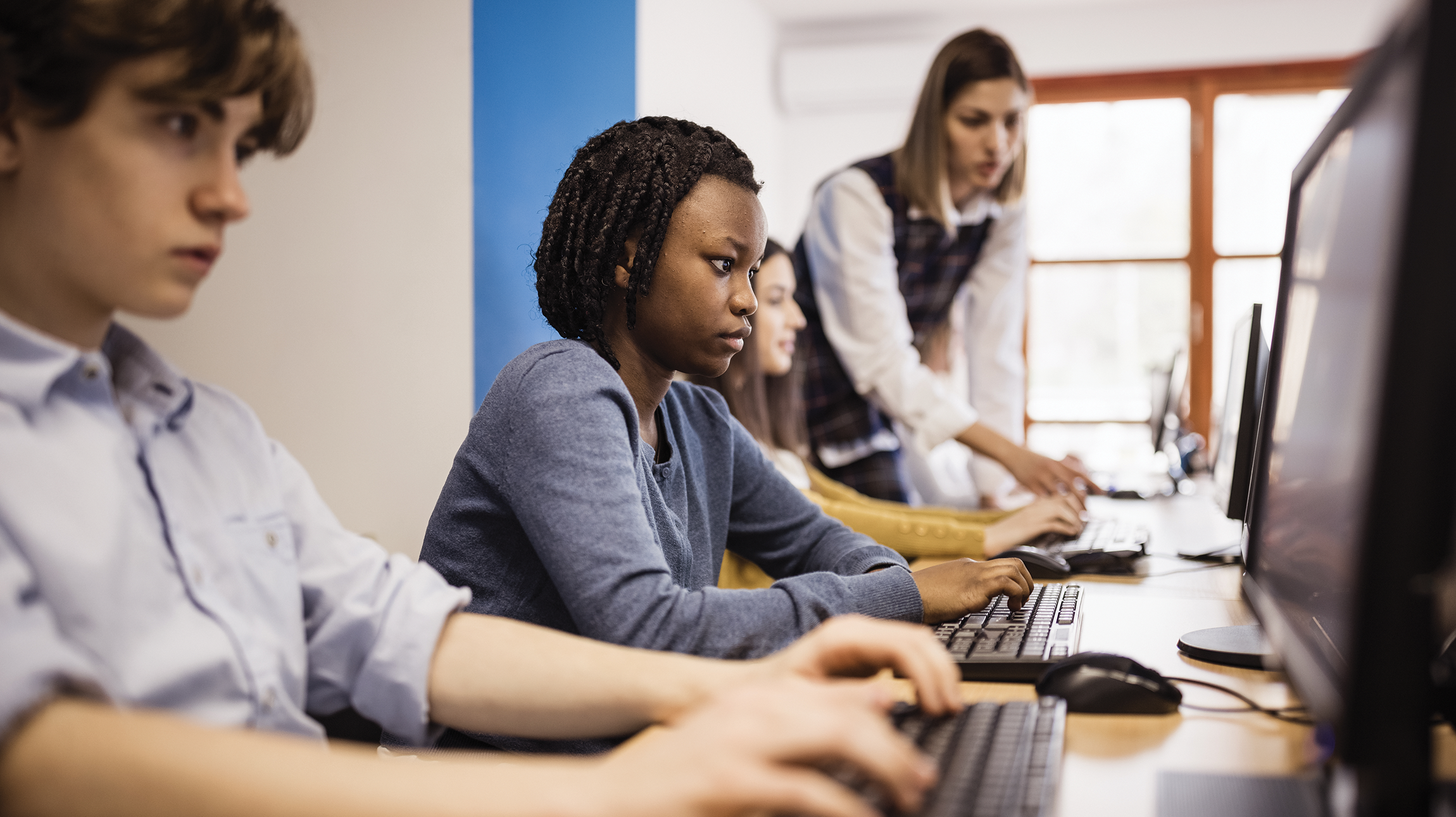 Mini-Lesson: What is Bias?

Resources to Address and Challenge Antisemitism

Mini-Lesson: Teaching the 4 I's of Oppression

When a celebrity or politician's antisemitic remarks make headlines, it’s an opportunity to have a dialogue about bias. In October, 2022, Ye (Kanye West) expressed biases using his media presence and social influence. Ye wore a “White Lives Matter” shirt at Paris Fashion week, shared conspiratorial stereotypes about Jewish people in interviews, and took to Twitter and Instagram to double down on his bigoted comments and threaten Jewish people collectively--in addition to subsequent media interviews and announcements as this news story unfolds.

Despite the coverage of Ye’s recent expressions of racism and antisemitism, many in the public may wonder why this behavior is worth addressing. Ye is an entertainer; does it matter that he has false and harmful views? To answer this question, one must examine the impact of his speech.

Ye’s Twitter account reaches 31 million followers; more than twice the number of Jewish people alive today. His music, personal life, and fashion are culturally significant; fans (or critics) of his art who disagree with or are indifferent to his bigotry likely intake his comments. This especially includes teens and adolescents, who are increasingly online. Commonsense Media reports that 62% of teens are daily users of social media, and that social media use is growing among 8- to 12-year-olds. Despite spending an average of an hour and a half on social media daily, teens report feeling conflicted about the medium. Who can blame them? Online hate and harassment are more prevalent than ever, and social media users connect these trends to increased violence and harassment offline. Young people are exposed to more bias and bigotry on their handheld devices compared to previous generations, which can lead to responses of confusion, despair, fear, or even acceptance of biased views.

Many public figures, quick to either condemn or defend Ye’s behavior, have added to the confusing conversation about what is or is not considered antisemitic. Watching the discourse can be perplexing even for the most media-savvy of young people or adults. However, with the right tools, adults can turn viral social media posts and news stories into teachable moments for young people.

Before diving into such conversations with young people, learn more about antisemitism using these resources below.

1. Antisemitism is a form of bias and oppression that alleges to "punch up” at its target. Antisemitism is like other forms of bias in that it is pervasive and at times subtle. All forms of bias are unique and manifest differently, and antisemitism often manifests as a way of viewing the world through a conspiratorial lens in which Jewish people have influence or control over world events and important systems, like governments, the media or banking. In fact, antisemitism and racism often reinforce each other in that Jewish people are often assigned blame for influencing racialized conflicts. One example of this is the Great Replacement Theory, which influenced the perpetrator of the racist massacre in Buffalo in 2022.

In his tweets and other expressions of antisemitic ideas, Ye expressed his resistance to alleged  “influence” or “control” of Jewish people, even using the phrase “Jewish underground media mafia”. This antisemitic trope (a common pattern that repeats throughout history) that Jews have too much power, is one that can be traced back many centuries. Jewish people represent just 0.2% of the world’s population, and yet in nearly every society, there are widespread beliefs about Jewish people manipulating populations and systems.

Learn more about the unique ways that antisemitism operates and the trope of Jewish power to discuss with young people in your lives:

Suggested Resources: To prepare for your conversation, read ADL’s Antisemitism Uncovered backgrounder on the antisemitic myth of power and Eric Ward’s article, “Skin in the Game”, which explains how antisemitism animates white nationalism and racism. Additionally, you can explore the mini lesson about the 4 I’s of Oppression and the Echoes & Reflections unit on contemporary antisemitism to anchor your conversation.

2. Antisemitic ideas can be difficult to publicly challenge. When calling out a person about the harm they caused with their words or expressions, there is the possibility of a negative reaction. This can be true for any form of bias! Nobody wants to be labeled as a person who is bigoted. The instinct to deny or deflect blame transcends all types of biases. When a person is called out on their antisemitic prejudices, the tropes of Jewish power and control make it easy for that person to dismiss the accusations.

For example, Ye’s antisemitic posts were removed from Twitter and Instagram, his accounts were restricted, and social media campaigns led to Adidas and other brands to terminate their partnerships with him. To a person already holding antisemitic views, this only confirms the belief that Jewish people are controlling the media. It may not be possible to change Ye’s attitude, for example, but it is possible to demonstrate to his followers the harm of his behavior. The best way to raise people’s awareness is to point out the antisemitic ideas communicated and their origins, rather than labeling an individual person as antisemitic.

Learn more about how to interrupt antisemitism by challenging myths and tropes about Jewish people with ADL’s resources. After reading, consider creating a “media diary” to examine the content you consume on screens and notice what ideas are communicated about Jewish people (or Jewish-representing institutions and entities). Try jotting down statements or posts that stand out to you and reflecting on the ideas communicated. Discuss and encourage this exercise among young people.

Suggested Resources: Peruse the multitude of resources on the following pages: Resources to Address and Challenge Antisemitism and Challenging Biased Language. Review your media diary, and set intentions for adding or subtracting voices from your screen media consumption.

3. Antisemitism is pervasive across every identity group and ideology. When people communicate an antisemitic worldview, it’s possible that their experiences as part of an identity group—race, gender, religion, nationality, socioeconomic status, and more—will have shaped how and why they see Jewish people as having power and influence. The risk of focusing on the aggressor’s identity is that it distracts from the fact that most people in the world have been exposed to antisemitic ideas and a large portion of the population actively believes that those ideas are true, including Jewish people.

One response Ye shared after being accused of antisemitism is that he believes that he himself is a “Semite” and therefore cannot be antisemitic. This is an important reminder about identity and bias. Ye’s self-identification does not make his ideas any less dangerous. Ye’s claim that, “We are Semite, we Jew, so I can’t be antisemite,” reflects another antisemitic conspiracy theory and is misguided in its message. Jewish people can unconsciously absorb antisemitic ideas and speak or act in biased ways that express antisemitism. Likewise, Ye’s identity as a Black man doesn’t make his expression of “White Lives Matter” any less dangerous to people of color. Antisemitism, racism and other forms of bias are pervasive, and addressing the harm they cause requires examination of how biased ideas are spread, starting with one’s own implicit biases.

Learn more about becoming aware of and challenging your own unconscious biases, and engage in a self-reflective process to notice how antisemitic ideas unconsciously show up in your thought patterns:

Suggested Resources: To better understand implicit bias, use ADL’s mini lesson for educators or for young people, and learn more about the prevalence of antisemitic biases worldwide as tracked in the Global 100 Index. Use the videos and text from ADL’s Antisemitism Uncovered and reflect on the ways antisemitic biases show up in your life.

When antisemitism or other forms of bias and oppression make headlines, it can be confusing and scary for adults and young people alike. Learning more about how antisemitism operates can help prepare adults with young people in their lives to address these viral moments responsibly and offer an opportunity to model learning and self-reflection. Check in with the young people in your lives as they process this latest example of antisemitism in the headlines.