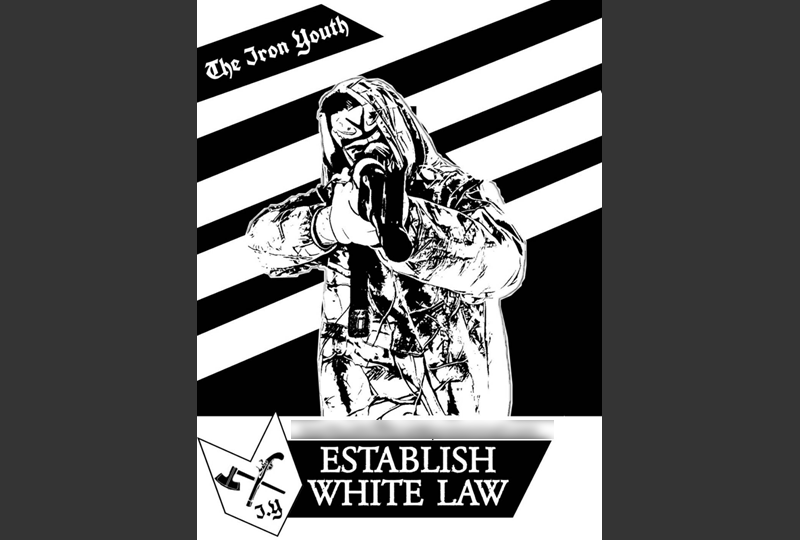 On February 5, 2021, the FBI arrested Christian Michael Mackey, an alleged member of neo-Nazi  group Iron Youth, on charges of an unlawful sale of a firearm. Mackey allegedly attempted to sell his gun to someone identified to him as a known felon, but Mackey seemed primarily concerned that the buyer was “based”— which in this case means that he subscribes to white supremacist beliefs.

According to the affidavit, Mackey allegedly incited others in an Instagram chat group to use violence to attack the “system” in order to “cause a collapse.” This sentiment is rooted in accelerationism, a term associated with a desire to hasten the downfall of society, by any means necessary, due to the belief that the system threatens whites’ very existence.

Mackey, according to law enforcement, referred to himself in the Instagram chat group as a “radical Jew slayer,” calling for the murder of Jews.  Additionally, according to the affidavit, Mackey also posted to his Instagram account his interest in “controlling and killing” and allegedly told the undercover source that he was “willing to do whatever it takes” to defend the white nationalist movement.

Prior to joining the Texas chapter of the Iron Youth, Mackey, who is from Grand Prairie, Texas, had been active in the neo-Nazi group Feuerkrieg Division, which imploded following a series of federal arrests and the revelation that the founder and leader was a 13-year-old living in Estonia. Online, Mackey went by several iterations of Ober the Sober as well as OGFMackey.

The FBI also arrested another member of Iron Youth on the same day. Caleb Nathaniel Oliver was apprehended after he allegedly purchased a fully automatic machine gun for $1000. According to law enforcement, Oliver, who is from Smiley, Texas, had several meetings with undercover officers in an attempt to obtain the high capacity machine gun.

The ADL Center on Extremism provided federal law enforcement officials with significant intelligence information on Iron Youth, which was used throughout this investigation. 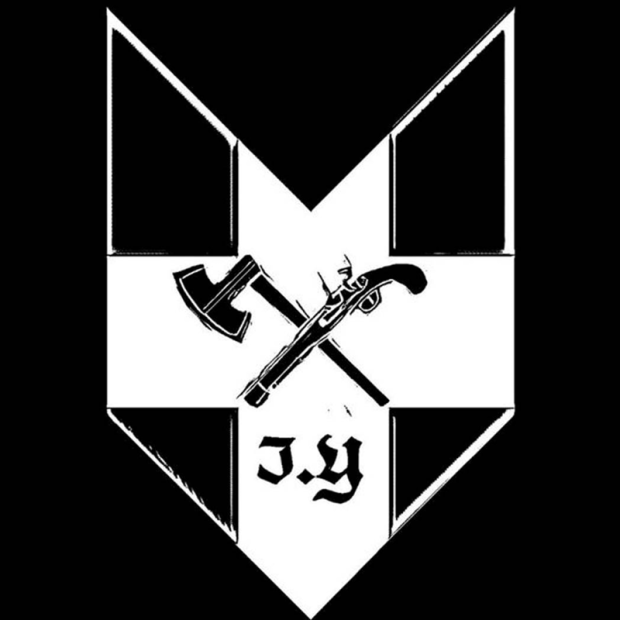 Iron Youth is a fledgling neo-Nazi organization active in Texas and California, which embraces hardcore, extreme white supremacist beliefs held by the most radical adherents within the movement. The group describes itself as a “European ethnic nationalist, traditionalist, and environmentalist youth organization dedicated to the preservation of our race and the world around us.” Rooted in a perverse version of Christianity, members use religion to justify their deeply held antisemitic and white supremacist beliefs. They believe they have a duty to arm young followers for the system’s impending collapse and inevitable race war.

Inspired by Siege, an essay collection by neo-Nazi James Mason, the group parrots and endorses the book’s ideals and recommended course of action, and fully embraces the nihilistic and violent concepts behind accelerationism. Based on the significance of Siege amongst Iron Youth members, it’s no wonder that Christian Mackey, according to the affidavit, posted a comment to Instagram about his desire to “live long enough to die attacking the sustem[sic]…system.”  He added, “we are becoming a threat to the system and they know it. If we keep pushing for shooting and training, as well as off the grid activities, we can recruit enough people to cause a collapse.” 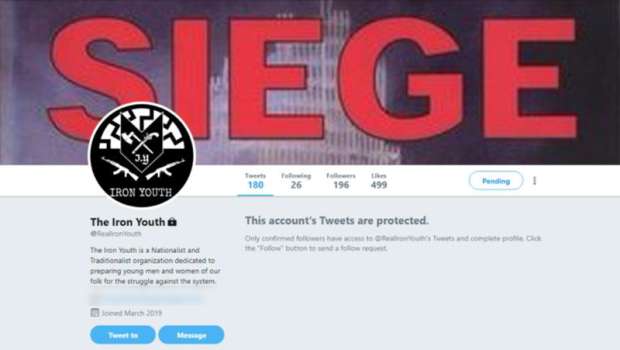 “Iron Youth” is an apparent reference to a phrase in the World War I novel All Quiet on the Western Front, in which the term is used to characterize a generation of enlisted German soldiers.

The group’s beliefs are summed up in a document posted on July 5, 2019, timed to coincide with American Independence Day. Iron Youth’s “Our Declaration,” which appeared on the group’s now defunct blog site, expands on members’ conviction that they are under threat, and that America and its values are anathema to white existence. 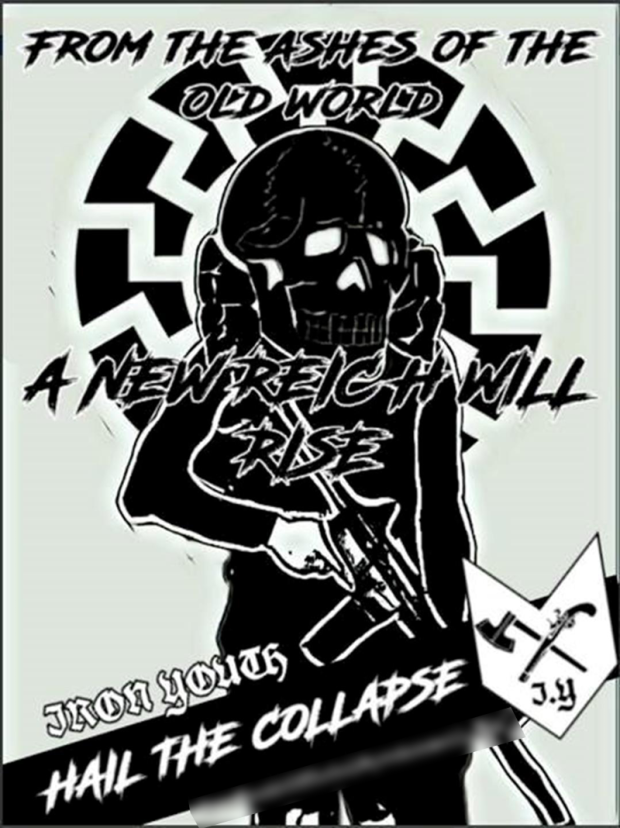 ­­“The Declaration” cites several “facts” about the faults in the “The System” and the need to “separate” from it.  It decries advances for civil rights, the loss of traditional gender roles and society’s “embrace” of gay men and abortion: “It is racist to be proud of being white. It is sexist to believe men and women should live as they were created to. It is bigoted and hateful to say that two men sodomizing each-other is wrong and unnatural. Giving birth to a White child is a racial offense, but killing it in the womb is called a right and viewed as social justice.”

Iron Youth views America as a country intended for whites only: “Thomas Jefferson never wanted an America infested by blacks, latinos [sic], and jews [sic]. This nation was founded for the White Man to be free, free from tyranny of a corrupt monarchy, free to live as men should. Free to truly return to nature, to embrace the European spirit and conquer new frontiers. We were NEVER meant to be a melting pot, no we were meant to be a shining beacon of true ARYAN spirit.”

The group’s antisemitism is further expressed in members’ opposition to gun control, which they blame on Jews.  An online Facebook post from February 19, 2018, in an account believed to be associated with Christian Mackey, echoes antisemitic conspiracies about Jews dominating the anti-gun movement: “Jews are behind it. This government is out to disarm the mass so we can't fight back. No longer will we sit quietly. My brothers and sisters. We will fight back.”