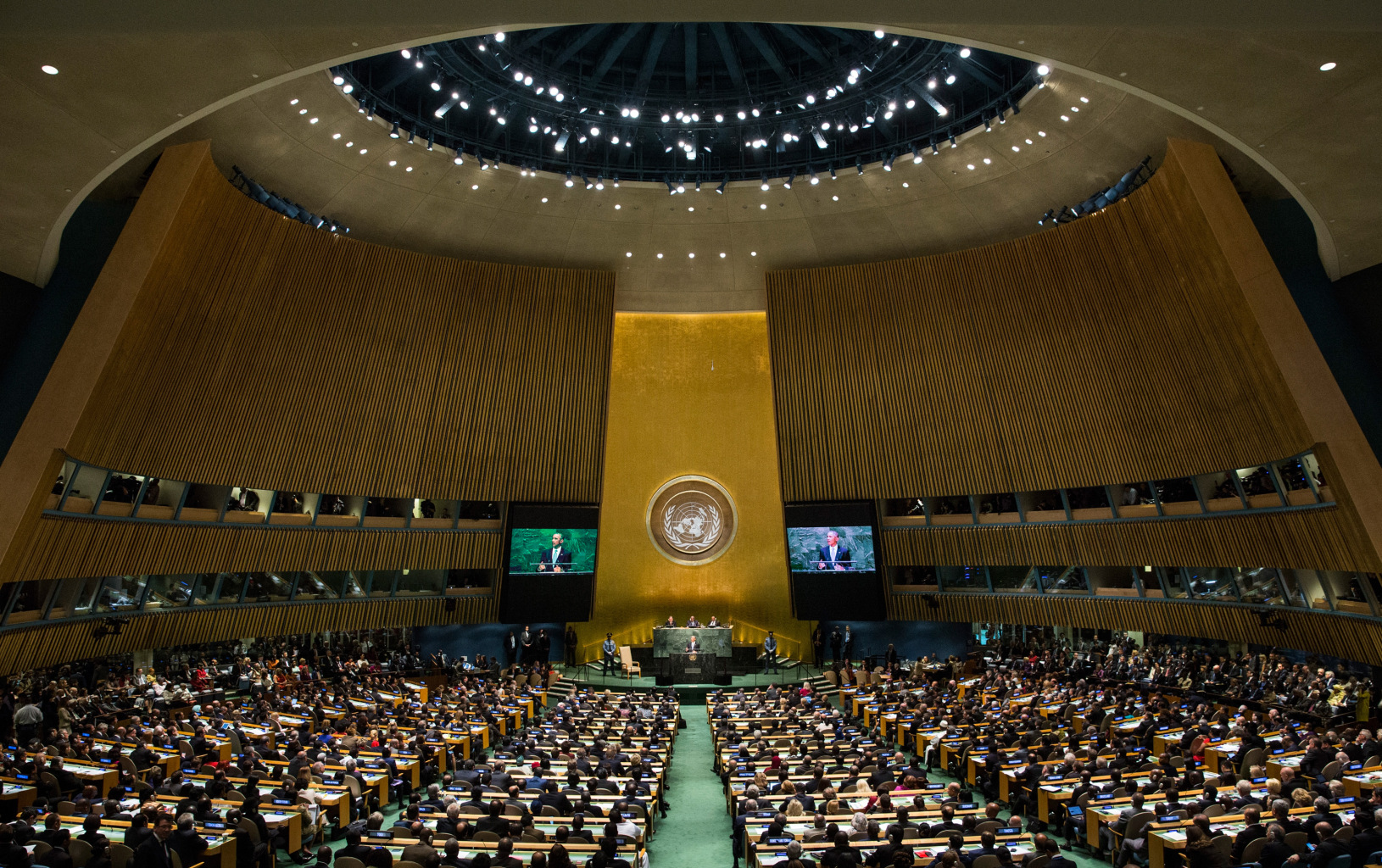 November 29 was here and gone again, and the United Nations engaged in its annual anti-Israel fest on this date, which is the anniversary of the U.N. Partition Resolution of 1947.

It appears that as many as six anti-Israel resolutions were passed on a variety of subjects, including Jerusalem, the Palestinians and the Golan Heights.

On one level this could be considered a ho-hum. These resolutions have no power, they have a routine quality to them and they say far more about the U.N. General Assembly than anything about the Jewish state.

Ineffectual as they are, they have a significantly negative impact on trying to move forward the decades old Israeli-Palestinian conflict.

Instead of encouraging Palestinians to get beyond their longstanding refusal to accept the legitimacy of the Jewish state, this annual ritual encourages them in the fantasy that has hurt them so badly for so long, that propaganda campaigns against Israel will eventually lead to the isolation and eventual demise of the Jewish state.

These fantasies have existed for years and have diverted Palestinian leaders from addressing the tough decisions that could change their lives for the better. As long as they are encouraged by the international community to believe that Israel can be made to disappear, as these resolutions do, particularly in denying the historic Jewish connection to the land of Israel, they have little incentive to move forward.

These U.N. resolutions are harmful to Israel despite having no power because they reinforce the message of Israel’s illegitimacy around the world. But, in fact, they are much more harmful to the Palestinians because they promote the same way of thinking, of denying Israel’s legitimacy and acting against it, that has hurt the Palestinian people for years and years. Instead of working toward an agreement with the Jewish state, which would have provided for Palestinian sovereignty, the conflict rages on.

And it is counterproductive on the Israeli side as well. Let’s remember that between 2000 and 2008, Israel took three large initiatives that could have changed Palestinian life dramatically for the better--the Camp David offer in 2000, the withdrawal from Gaza in 2005, and the Annapolis initiative in 2008. In each case, Palestinian rejectionism and inaction led to a deterioration in the situation and violence.

Israelis, thereafter, have become cynical about Palestinian intentions and continue to question whether they have a partner for peace.

These U.N. assaults on Israel every year, spurred on by the Palestinian leadership, reinforce the notion among the Israeli public that nothing much has changed on the Palestinian side, that it is not only the open hostility of Hamas that is a problem but the continuing anti-Israel attitudes from the leadership of the PA embodied in this annual anti-Israel propaganda exercise. Rather than thinking of ways to persuade Israelis that Israel's legitimacy is no longer in question, the Palestinians and too much of the international community continue on the counterproductive path of the past.

In a sane international environment, if November 29th were commemorated at all at the United Nations, it would be one pointing to the partition resolution as a constructive effort to provide for a solution which would have granted sovereignty and self-determination both to the Jews and Arabs of Palestine. And it should have left space to examine why that vision in 1947 was not realized and how some of the same elements that stood in the way of that vision more than 70 years ago continue to be relevant to this day.

The United Nations General Assembly will never be the solution going forward to the Israeli-Palestinian conflict. At the least, however, it should not continue to set up one obstacle after another toward the making of a breakthrough.

“Do no harm” should be the motto going forward.