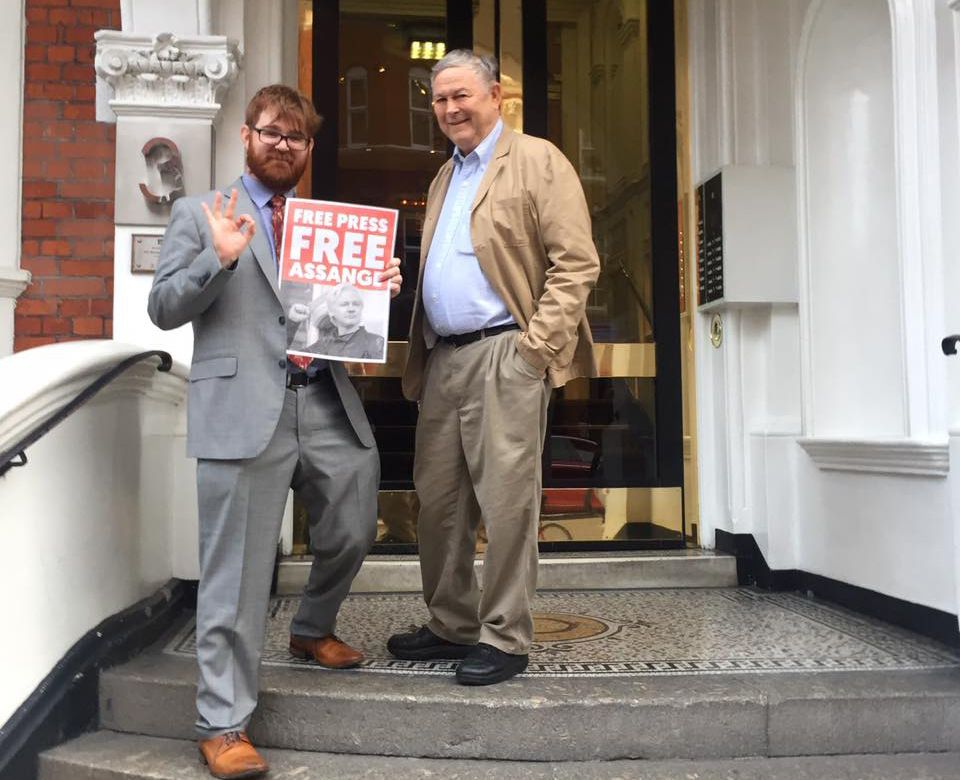 U.S. Rep. Dana Rohrabacher (R-CA) brought Holocaust denier and high-profile alt right troll Charles C. Johnson to a meeting at the U.S. Capitol in early October. Rohrabacher and Johnson were reportedly on the Hill to discuss Wikipedia founder Julian Assange with U.S. Sen Rand Paul (R-KY). This comes after Johnson arranged an August meeting in London between Rohrabacher and Assange.

Johnson bolstered his credentials as a Holocaust denier back in January during an “Ask Me Anything” (AMA) session on Reddit. Asked for his opinion on the Holocaust and the “Jewish Question,” Johnson responded, “I do not and never have believed the six million figure,” adding that he agreed with well-known Holocaust denier David Cole “about Auschwitz and the gas chambers not being real.” In a fashion typical of Holocaust deniers, Johnson recast the Nazi war effort as a defensive action against the spread of communism, and wrote that “German fears of [their own] extermination were not misplaced.”

The AMA was posted in the “Altright” subreddit, a white nationalist online community rife with anti-Semitism, racism, and Holocaust denial. Reddit has since deleted the subreddit, but Johnson’s AMA was preserved by a third party archive site.

Johnson is best known as an alt right blogger and internet troll. He has been criticized for making unfounded accusations against public figures, for racially charged comments and for doxxing people (publishing reporters’ and others’ private information online). He was banned from Twitter after soliciting for donations on the platform to “take out” a Black Lives Matter activist, though Johnson claims his tweets were misunderstood.

Johnson continues to foment controversy with WeSeachr, a website he founded which, among other things, serves as a crowd-funding nexus for members of the alt right and alt lite. A recent WeSearchr campaign solicited cash to support an alt lite rally in Berkeley, CA, and another raised more than $85,000 for the legal defense of Kyle Chapman (aka “Based Stickman”), an alt lite “hero” who was charged in August with felony weapons possession. The site also spearheaded a a legal defense fund to support Andrew Anglin, editor of the notorious neo-Nazi website Daily Stormer, who is currently being sued by a Jewish woman for allegedly orchestrating a campaign of anti-Semitic harassment against her.