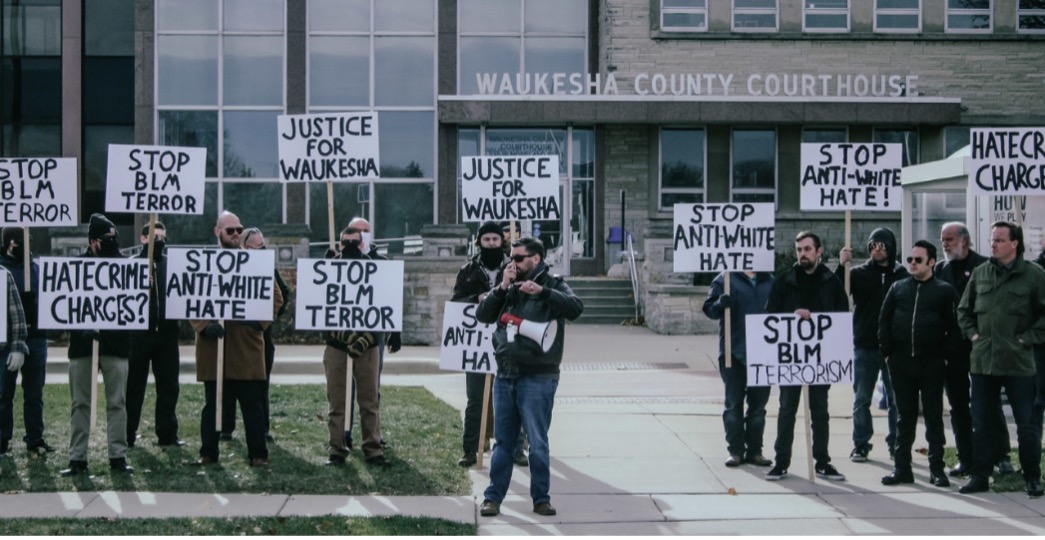 Image Caption: Several dozen individuals, including those associated with the National Justice Party, demonstrate outside the Waukesha County Courthouse.

In the wake of a deadly SUV incident in Waukesha, Wis., white supremacists are leveraging the tragedy by sowing racist and antisemitic conspiracy theories on the ground and online.

On November 21, 2021, Darrell E. Brooks Jr. allegedly drove his SUV into a crowded Christmas parade, killing six and injuring over 60 others. While a harrowing tragedy, Waukesha Police Chief Daniel Thompson said Brooks was apparently fleeing a domestic disturbance and declared the incident “not a terrorist event.” According to a review of Brooks’ online footprint conducted by the ADL’s Center on Extremism, there appears to be little evidence that Brooks actively subscribes to an overarching extremist ideology. Although Brooks made hateful posts on social media and indicated support for some conspiratorial beliefs, there is no evidence that he was a member of any organized group.

White supremacists often exploit current events to support or confirm their pre-existing beliefs. Given Brooks’ race and the race of the victims, white supremacists have claimed that the incident was an “anti-White terror attack” and are using it to sow antisemitic and racist conspiracies, blaming both Jews and the liberal media for covering up a “black-on-white attack.” 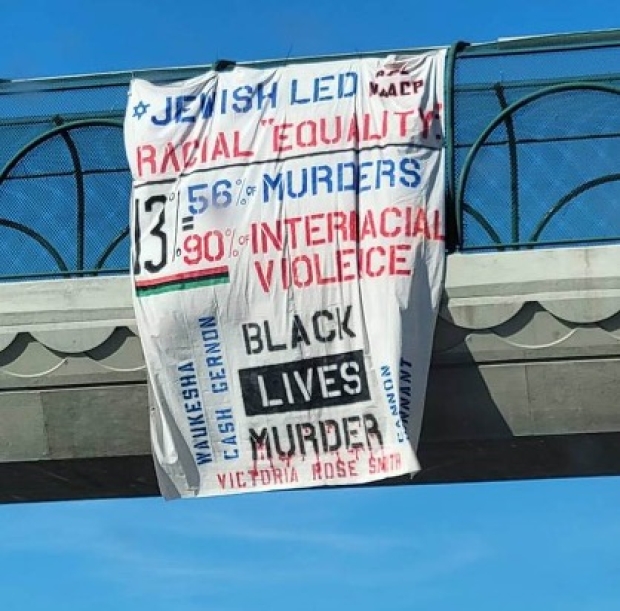 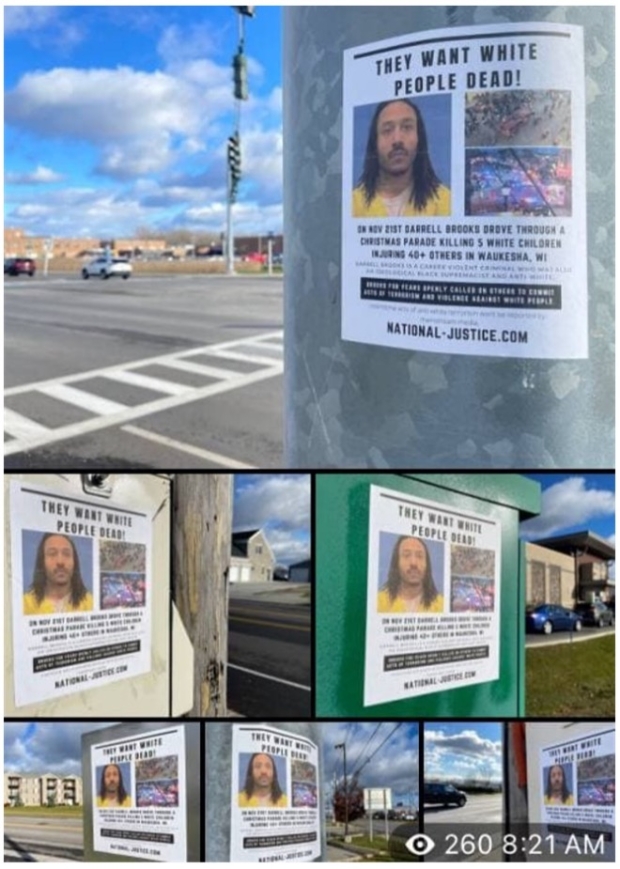 These real-world incidents often begin with hateful rhetoric online. At this time, we have not found evidence of targeted or credible threats against minority communities. White Lives Matter Texas posted footage of the Waukesha incident to their Telegram channel with the caption, “End the war on White Children!” A live-streamer who goes by WurzelRoot posted on Gab that the incident served as a prime example of how “lying, biased fake news” continues to cover up crimes committed on “White Christians.” He states in the video, “The narrative has been and will be until we are dead that it’s white supremacist domestic terrorism…that the white man is the most dangerous person on earth.”

On November 22, 2021, Nick Fuentes told viewers of his live online show “America First with Nick Fuentes” that the events in Waukesha were a direct retaliation against white Americans for the Rittenhouse verdict. Fuentes stated, “Nobody wants to say the obvious, they don’t want to call it a terror attack… What else could you call this than an anti-white terrorist attack?” Various other white supremacist media channels provided their own coverage of the event, believing the attack to be deliberately covered up by “leftist media.”

Racial and antisemitic conspiracies have questioned the race of both the perpetrator and the victims. On December 1, 2021, The Western Chauvinist, a Proud Boy-run Telegram account often featuring white supremacist content, posted a video stating, “Never forget the Waukesha anti-White terrorist attack. White children were targeted by a black animal who was radicalized by the Jewish media.” National Justice Party Chairman Mike Peinovich said on the Swedish neo-Nazi radio show Radio Nordfront, “Black people get special treatment. And in this case [Waukesha] it’s not just trivial…Blacks have been terrorizing White people on a microlevel for a very long time…Jews are always complaining about how they are victims of hate crimes. Well, who does them? It’s Blacks!” 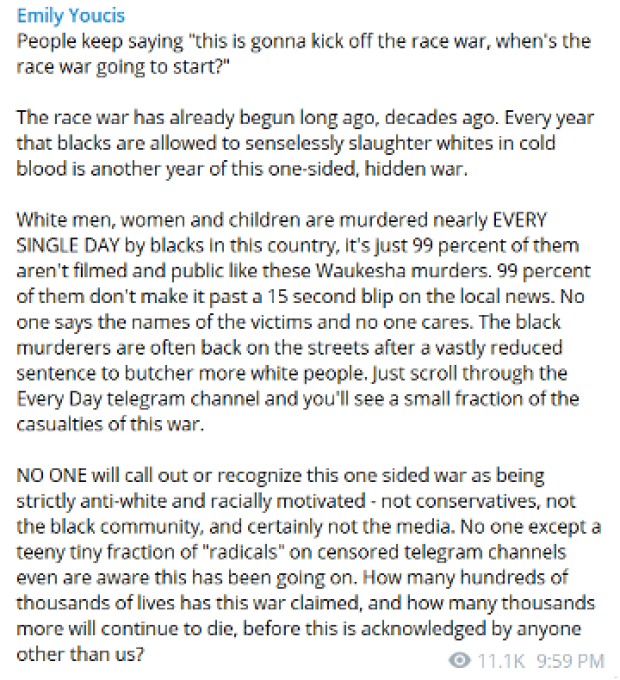 Image Caption: White supremacists claim that white victims are being ignored, and that Waukesha fits into a larger conspiracy of “black-on-white crimes.”

Waukesha has become yet another current event, as seen through the white supremacist lens, supporting unsubstantiated but perceived claims of escalating crimes targeting white victims.