We Are Not Powerless When Faced with Hate, Bias, Propaganda and Extremism 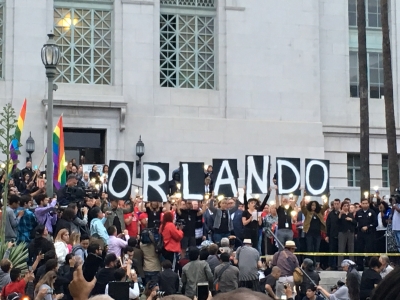 The unspeakable tragedy that took place at the Pulse Club in Orlando, FL in the early morning of June 12 brings with it a wide range of emotions for people across the country and world. Those feelings include anger, sorrow, loss, hopelessness, horror, fear, rage and also—a sense of powerlessness. It is easy to feel powerless when you think there is nothing you can do: nothing you can do about the hate, the gun violence, the terrorism and the extremist propaganda that takes place in the lonely crevices of the internet.

But we are not powerless. We know that just as bias and hate are learned, they can also be unlearned. We know that there is potential legislation for limiting gun violence and automatic weapon accessibility. We know that the propaganda used to recruit young people for terrorism can be addressed by helping them deconstruct this propaganda, addressing vulnerable students’ feelings of marginalization, stigma, and isolation and creating school communities where all students feel safe and respected.  We know that the escalation of hate —if addressed on more subtle levels which include bias, belittling and stereotyping—can be stopped in its tracks before it makes its way up to the pyramid to bias-motivated violence.

Specifically, we need to guide and teach young people:

In U.S. schools, fears of extremism, radicalization and mass violence have become all too familiar.  It is important that schools, too, feel a sense of power that there is something they can do about those fears and realities. Among other things, they can understand and reflect on the precursors to violent activity, identify warning signs and refer young people to specific and appropriate support, create safe communities of learning that includes anti-bias programs and provide resources for students who are targets of bias and bullying.