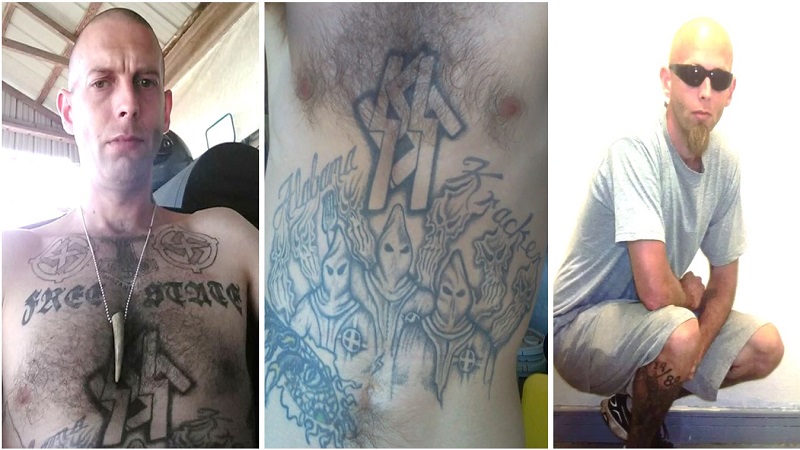 Johnson is accused of killing officer O’Rear while fleeing from police. The police chase began when an officer in Warrior, Alabama started pursuing an erratic driver. According to testimony given during a March 5 preliminary hearing, Johnson, who was inside the fleeing car, shot at officers through the front and back windshields of his vehicle, piercing the pursuing officer’s vehicle and striking O’Rear, who was driving a police car in front of him, in the head. When the injured O’Rear crashed his vehicle, Johnson allegedly fled the scene, abandoned his vehicle and was picked up by friends. All the individuals involved were later apprehended in Jasper, and police reportedly found an AK-47 and 9mm handgun near Johnson’s abandoned vehicle.

Johnson, who has an extensive criminal history, first came to the attention of ADL’s Center on Extremism (COE) thanks to Cullman County Sheriff’s department’s Facebook images related to Johnson’s arrest on October 13, 2019. Among the images: Johnson’s booking photo, in which a Celtic Cross tattoo is partially visible on his chest, and a photo of a bong emblazoned with the number 14, a number commonly used a shorthand for the white supremacist 14 words.

COE investigators found that Johnson expressed his white supremacist views on multiple Facebook profiles using variations of his name, including “Peckerwood Johnson.” The term “peckerwood” originated as a racial epithet directed at whites and has been adopted by adherents of the white supremacist prison gang subculture.

Johnson’s Facebook profiles show his numerous white supremacist tattoos, and reveal that the partial Celtic Cross tattoo visible in his booking photo is in fact one of two crosses which are intertwined with a swastika. 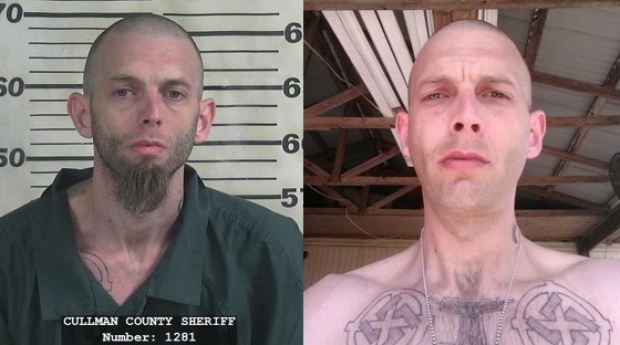 Johnson’s other tattoos include SS bolts overlaid on a swastika, the neo-Nazi numeric code 14/88, and a group of hooded and robed Klansmen under the caption “Alabama Kracker.”

Across multiple profiles, Johnson made posts using WPWW, a common white supremacist acronym for “White Power World Wide,” and used phases such as, “Never apologize for being white,” and “I stand with Wallace,” a reference to former Alabama Governor George Wallace Jr., who is best remembered for his Civil Rights-era segregationist policies and rhetoric. Johnson apparently named his dog Adolf, and once referenced Hitler’s birthday by posting, “Does anybody know what today is besides Easter? On April 20 th [sic] 1889 some person was born so do anybody know wpww 1488.”

Johnson’s alleged murder of a law enforcement officer is at least the third extremist-related shooting in 2020, and the first fatality of the year. A fourth possible incident is under investigation after an individual in Potomac, Maryland, allegedly associated with the III% movement, was shot by police who were serving a “high risk search warrant” reportedly related to firearms offenses.

ADL’s HEAT map tracks incidents in which gunfire is exchanged between police and extremists. During the past decade, there have been an average of nine incidents per year.

From 2010-2019, ADL counted 95 extremist-police shootouts. Right-wing extremists accounted for 83% of the incidents, and white supremacists alone were responsible for 51%. Ninety-eight police officers were shot during these 95 incidents; 26 of those shootings were fatal. 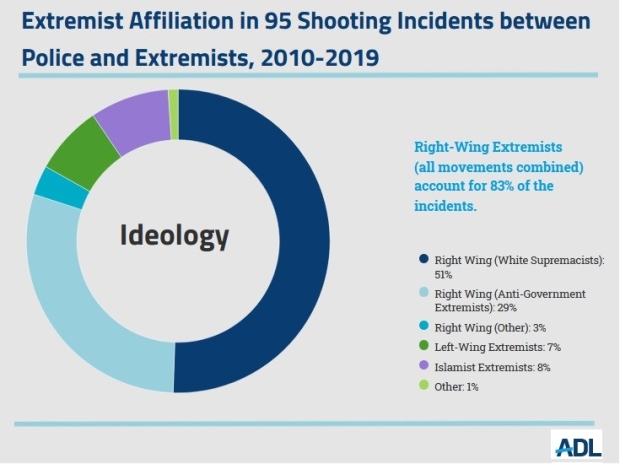