Marking the anniversary week of Adolf Hitler’s April 20th birthday, several neo-Nazi and Klan groups held collaborative events over the weekend of April 23. Four such events were held within approximately 150 miles of one another in north Alabama and central Georgia. 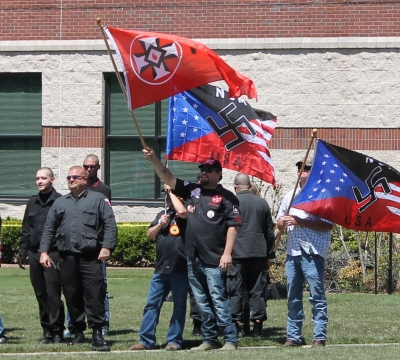 These collaborative events demonstrate the willingness of some Klan groups to practice a Nazified version of Klan ideology and to form symbiotic relationships with neo-Nazi groups.  With both the neo-Nazi movement and Klan movement in decline joint events can help mask the small numbers that individual white supremacist groups are able to generate.