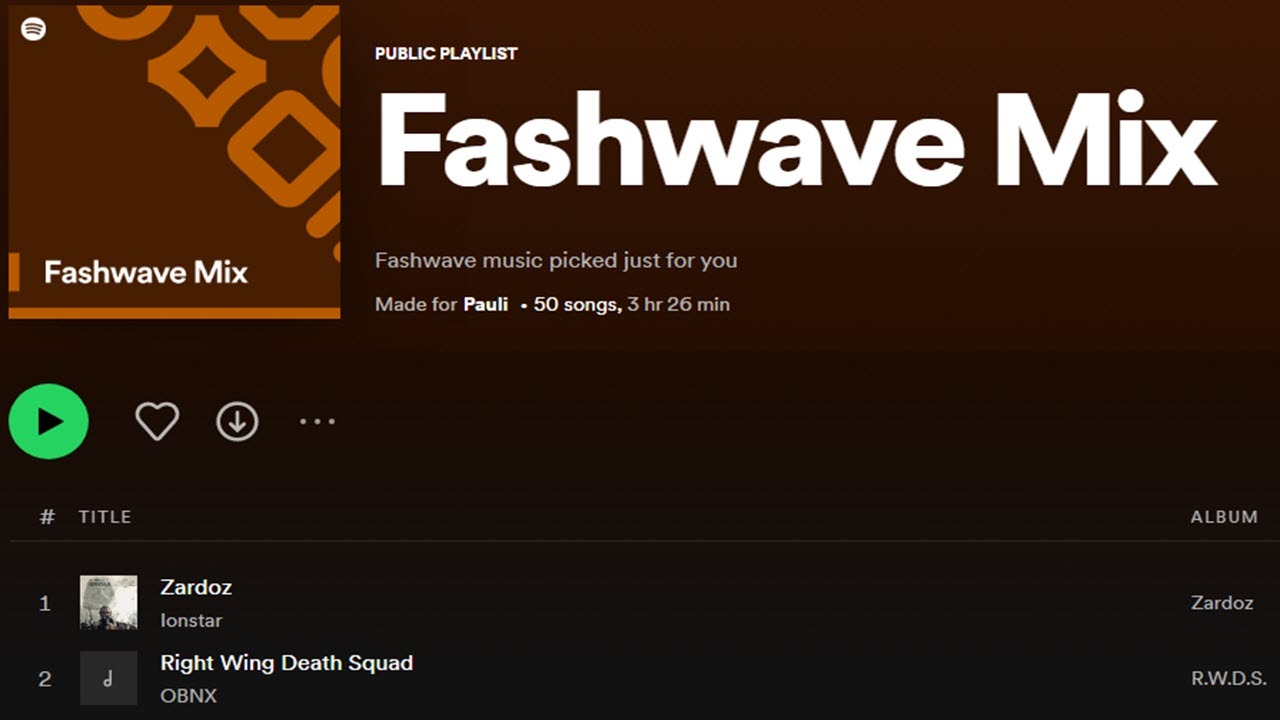 A playlist curated by Spotify providing a mix of Fashwave songs recommended by the platform. Fashwave is a musical sub-genre of the Vaporwave movement (a non-extremist genre of electronic music) and was created to spread white supremacist ideology. The playlist includes a mix of extremist and non-extremist artists.

The ADL Center on Extremism (COE) has identified 40 white supremacist artists with a presence on Spotify, the world’s largest music streaming platform. Music has long been an effective way to radicalize extremists, allowing artists to both entertain and indoctrinate vulnerable listeners. At a time of increasing hate-motivated extremist violence, Spotify is not only allowing the racism and incitement of white supremacist music, it is actively promoting that content on its own playlists.

In February 2022, the ADL Center on Technology and Society (CTS) published a report analyzing the Spotify platform rules. The report found these rules to be loosely defined and they did not live up to Spotify’s responsibility as a streaming platform.

Although Spotify updated their rules following the CTS report, adding a much more explicit anti-extremism policy, they do not appear to be strictly enforced. Users who want to proactively report problematic content are only able to do so on the Spotify desktop app and not on the mobile app, which constitutes a roadblock to flagging problematic content. This report seeks to show some of the white supremacist content that remained on the platform as of September 21, 2022.

Fashwave: A musical sub-genre of the Vaporwave movement (a non-extremist genre of electronic music), Fashwave was created to spread white supremacist ideology (Fashwave is derived from the word “Fascism.”) COE found Fashwave bands on Spotify including Ironmensch, Elessar and OBNX. The genre has been boosted by white supremacist figures including neo-Nazi Andrew Anglin, who founded The Daily Stormer. Anglin has called Fashwave “the whitest music ever.” 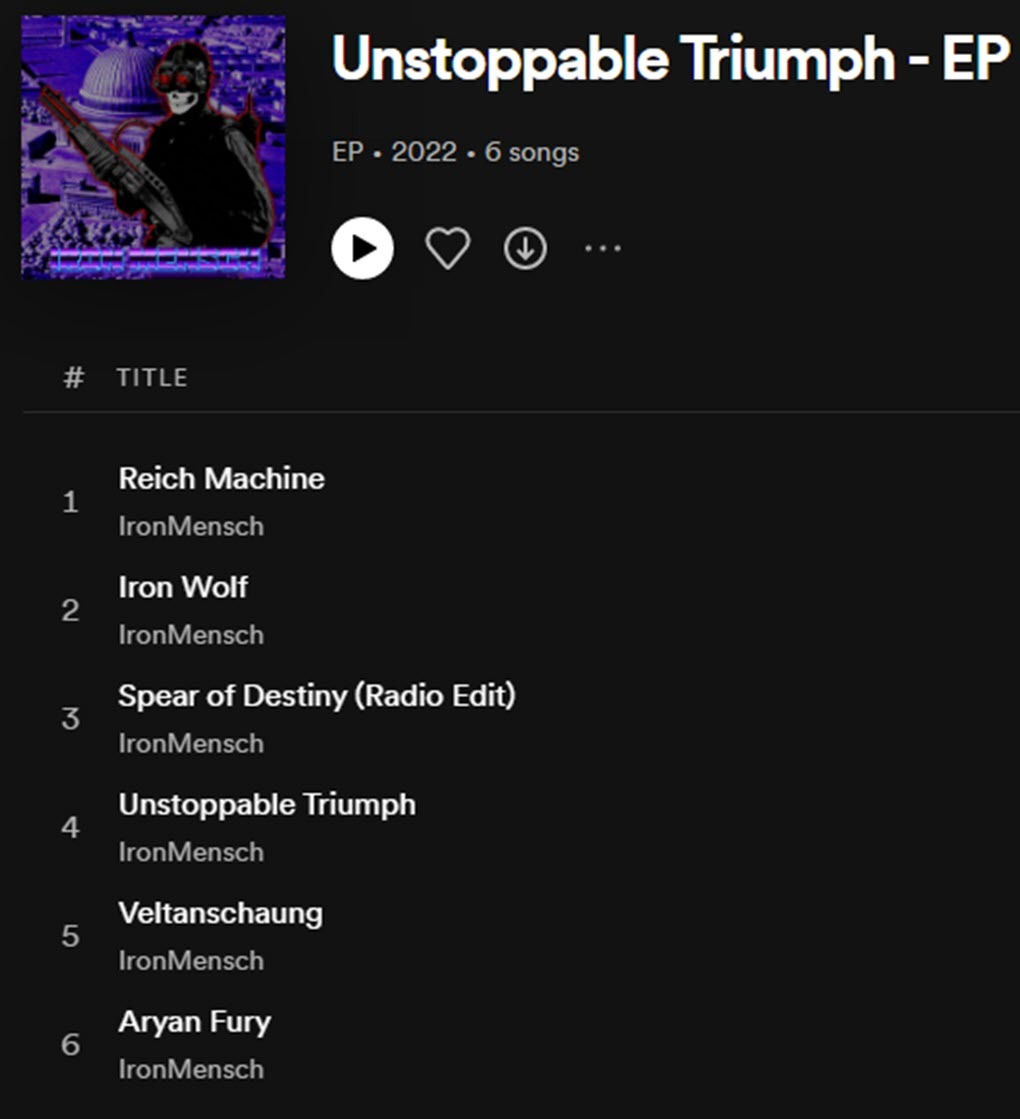 Rock Against Communism (RAC): RAC is a sub-genre of Punk, and its songs promote antisemitism and racism. Some RAC bands found on Spotify include Kushfrost, Pugilato NSHC, and 13 Knots. The movement started in the British punk scene in the late 1970s. RAC concerts are organized multiple times annually in the U.S.

We found that many white supremacist artists are not only using Spotify to share their music but are also becoming “verified” artists on the platform. Verified artists can expand their fanbases using Spotify’s tools and metrics and can be included in playlists produced by Spotify itself.

It’s very easy to become a verified artist on Spotify, and it’s not clear whether or how the platform exercises any oversight over the process. COE found multiple verified artists who are producing white supremacist music and sharing links in their profiles to other extremist spaces:

The Spotify page for Pugilato NSHC. Note the blue checkmark denoting the band as verified. 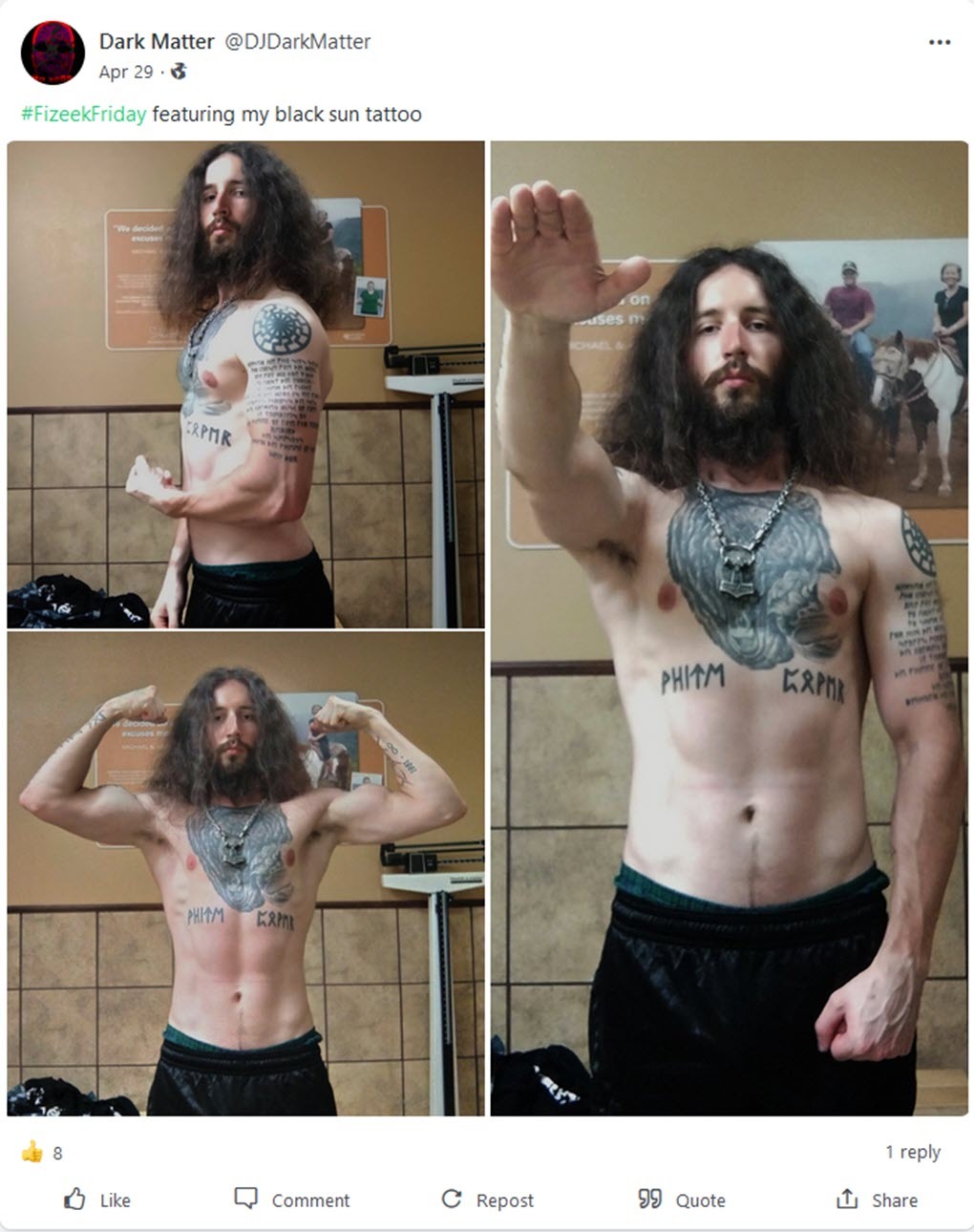 DJ Dark Matter from his Gab.com account that is linked in his Spotify profile

As in the case of Wiking 1940, verified extremist artists are eligible for inclusion on Spotify’s curated playlists, which can introduce unknowing listeners to extremist music. For instance, the music of NSBM band Wiking 1940 can be found in the Spotify curated playlist “Wiking 1940 radio.” (see image below.) Spotify also recommended to COE’s Spotify account a Fashwave mix playlist that was created by the platform and included multiple white supremacist artists. These “mix” playlists are created by Spotify for individual users based on their listening history.

A public playlist curated by Spotify for Wiking 1940, note the inclusion of Kushfrost, a Rock Against Communism band mentioned earlier.

Spotify users can easily share and create white supremacist-inspired playlists. By searching for the term “Fashwave,” COE researchers found 72 playlists on Spotify. These playlists (made by Spotify users) had titles such as Fashwave, Based Mvsic, Fashwave, 14/88 (an explicitly white supremacist code), or Right Wing Death Squad. Similarly, a search for “Rock Against Communism” yielded five playlists, some of which included extremist imagery such as a totenkopf. Extremist imagery was often found on the “album” covers for white supremacist playlists. In a search for NSBM playlists, we found at least 23 playlists with cover art that included neo-Nazi imagery. 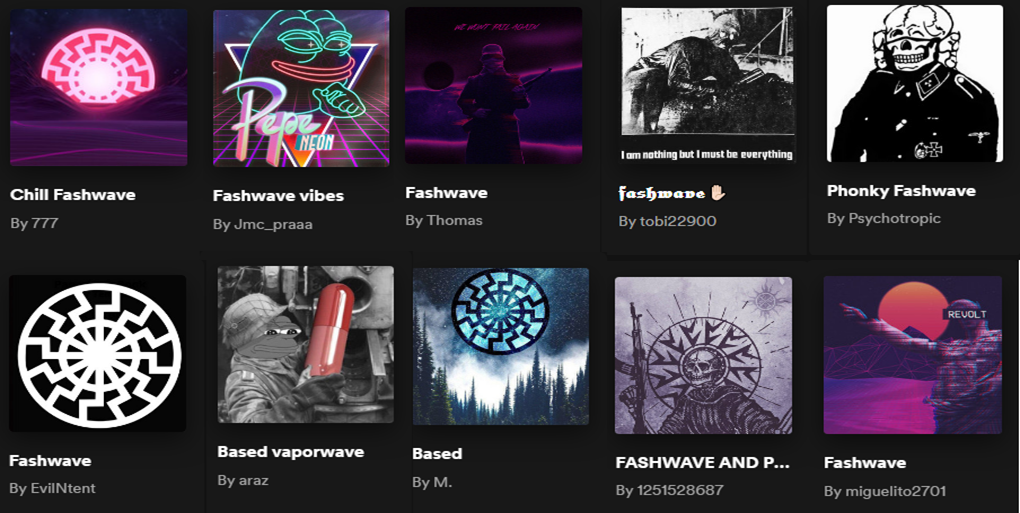 Cover photos of Fashwave playlists on Spotify, many of which display white supremacist imagery including Pepe the Frog, the Iron Cross, and a Red Pill

Note: Wiking 1940 and Pugilato NSHC's music was removed following our communication with Spotify. While users can still search for these artists and they still appear in playlists, their songs are not currently playable.