Jackman, Maine, population 862, touts itself as “a recreational and forestry-based community that prides itself on being both a tourist friendly community and a great region that helps create your next vacation memories.” Recently fired town manager Tom Kawczynski has a very different vision. According to his GAB (social media) account, he imagines “New Albion” as “a preserve for western culture first and foremost, and a nation where white identity will not just be tolerated but welcomed explicitly as such.” Kawczynski, who was fired from his job on January 23, would like to turn Maine, New Hampshire, Vermont, and “places nearby” into a white ethno-nation where “European heritage takes primacy.” 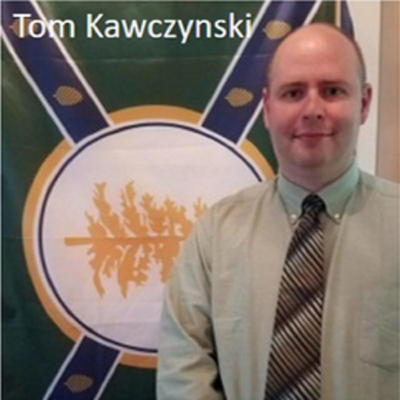 Kawczynski’s racist vision for New England as a white homeland  hinges on using existing majority white areas of New England as an ethno-state seedbed, then  working to “maintain 95%+ white homogeneity.” Kawczynski wagers his “95% solution” is possible “provided we just keep who we have and not let anyone else in who doesn’t belong.” For the remaining 5% he says, “While those who work may find their place, those who agitate against us must be cast out.”  Obviously, no such “solution” could work under the framework of a democratic government, so Kawczynski leaves many details unexplained.

Kawczynski identifies as and shares the views of the alt right, the newest and most active segment of the white supremacist movement. Like some other alt right figures, he deliberately uses less crude language to help normalize and justify his racist, xenophobic, and misogynistic views. But Kawczynski also makes blatantly racist comments, particularly on GAB, a Twitter alternative platform beloved by the alt right, where he seems to feel insulated from the general public’s disgust. Kawczynski’s GAB comments clearly delineate his opinions on the best way to package and sell his vision of a white homeland:

“Blood and soil is a 19th century phrase that still rings true. I call it family and land to be less scary, but the alternative doesn't work.” Tom Kawczynski, GAB, January 2018

“#AltRight branding fighting on race explicitly might be good for intensity, but it places a hard cap on support because the fantasy of us all being equal sells. Consider recasting race into folk and family. Family overlaps race substantially and will sell much better.” Tom Kawczynski, GAB, December 2017

“My town may not always agree with my politics, but I’ve had zero complaints about working to keep people who don’t belong here elsewhere. #priorities” Tom Kawczynski, GAB, November 2017

“You don't have to hate to see cold hard statistics and realize in a significant way that the average black in America has less intellectual aptitude. So, unless you perpetually give them free advantages, they would fall behind. I'm pretty sure they know this which is why they're perpetually angry.” Tom Kawczynski, GAB, November 2017

“The reason we in the #AltRight think race matters is because we observe how different peoples act differently, and we have a natural revulsion to those who hardly evolved above animals, of all races.  We also note how talent is unequally distributed and see to protect or own excellence.” Tom Kawczynski, GAB, September 2017

The Persistent Fantasy of a White Ethno-state

There is a long tradition in the United States of fringe religious and ideological groups creating their own planned or intentional communities, and a separate, decades-long history of white supremacists fantasizing about carving out part of the country as a whites-only enclave. Some white supremacists advocate for mini white oases, dubbed Pioneer Little Europes, scattered around the United States.

Those racist fantasies have taken on new life in recent months, thanks to an energized white supremacist population.

Not all proponents of white ethno-states are as methodical or creative as Kawczynski, whose New Albion efforts include a compact agreement, a promotional brochure, and an official flag. Some promoters simply announce their purported ethno-states based on existing state lines.

In January 2018, GAB poster Carlos Grant announced that “Ohio is the first U.S. white ethno-state. If you are a colored person or Jew please leave!” He also posted a map of the United States designating forthcoming ethno-states, areas of the country that remain up-for-grabs, and states designated as areas for Blacks, Hispanics, Jews, Asians and Muslims.

In late 2017, Nigel Krofta of South Carolina, who was identified standing alongside accused murderer James Fields, Jr. (as well as members of the white supremacist group Vanguard America) at the Unite the Right rally in Charlottesville, Virginia, petitioned the President of the United States to designate Alaska a homeland for persecuted whites. Krofta floated several possible names for his homeland, including “Aryan Thule” and “Hyperborea,” before settling on “New Europa.”

As he pursues his racist dream in Maine, Kawczynski’s most vocal online supporter is long-time white supremacist Billy Roper of Mountain View, Arkansas, who was recently named the leader of a new group, the Shield Wall Network. Roper is currently promoting “Project New America,” a plan to build Ozarkia, an ethno-state that will start with “forty contiguous counties straddling the Arkansas and Missouri border that are already over 95% white.” Roper explains on his blog, The Roper Report, that after evacuating whites from “darkening” Louisiana, Mississippi and southern Arkansas, he will gain access to city and county governments, institutions, and organizations, and quickly expand into an equally large surrounding area that is “around 90% white.”

“After the United States breaks up,” Roper chillingly explains, “large nonwhite enclaves such as St. Louis, Kansas City, Chicago, and Memphis will be reduced through negotiation, evacuation, siege, conflict and cleansing.”

Roper isn’t the only one eyeing the south as a new white ethno-state. In December 2017, someone claiming to be the leader of Gulflandia, an expansive southern white ethno-state, wrote, “As founder and chairman of Gulflandia Ethno-states of America, which stretches from the Atlantic coast of Florida to the Gulf Coast down to Brownsville, Texas, I want to say as leader of the largest ethno-state in North America that we will be leading the way in the fight to free ourselves from the Jew controlled USA.”

Roper has also promoted the “State of Franklin” as a Tennessee-based seedbed white ethno-state. A map, provided by Roper, indicates Franklin is located in the southern Appalachian area of northeast Tennessee. According to the group’s website, they are fundamentalist Christians with a direct connection and bloodline to various western European ethnicities (i.e., Scottish, German, Scots-Irish, English, Welsh, Irish, etc.) who support local politics, laws, customs, operations, economy and culture. A post outlining the State of Franklin Party platform states, “we stake our claim to the land of our ancestors to secure a positive culture and habitation for our posterity.” 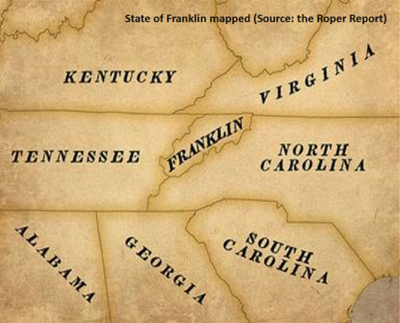 There is also renewed support for one of the oldest white homeland fantasies, the “Northwest Territorial Imperative.” Since the 1970s, white supremacists such as Richard Butler of Aryan Nations, Robert Mathews of the terrorist group known as The Order, and neo-Nazi Harold Covington have urged fellow racists to relocate to the Pacific Northwest and to unite Idaho, Oregon and Washington into a white ethno-state.

New Awakening, a recently created neo-Nazi group, has dreams of constructing a white ethno-state in the Northwest. One New Awakening supporter, using the GAB screenname “Convoy,” explains: “The New Awakening aims to establish the foundation of a revolutionary movement consisting of fanatical individuals who believe exclusively in National Socialism, and the Northwest Imperative.”

White supremacist visions of white homelands are doomed from the start, for the simple reason that white supremacists are so few in number and typically no more willing than the average person to pull up stakes and relocate. It’s indicative of the extent to which white supremacists live in a bubble that they believe their white ethno-state visions have even a chance of coming to fruition. And it is particularly disturbing that a local official like Tom Kawczynski—who is tasked with serving Mainers of all backgrounds—could actively promote such an openly white supremacist fantasy.