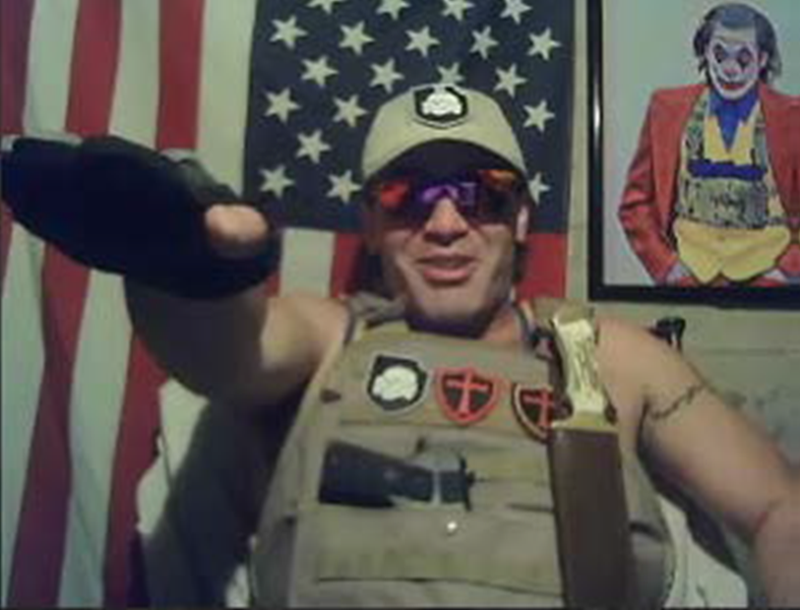 In early March 2021, the FBI arrested white supremacist accelerationist Paul N. Miller on three federal weapon charges. The FBI arrested Miller at his home in Fort Lauderdale following a federal indictment of being a convicted felon in possession of a firearm in 2018. Two additional weapons charges followed, after the FBI searched Miller’s apartment and found ammunition and a short-barreled rifle. In June 2021, Miller pleaded guilty to possession of a firearm, ammunition and an unregistered firearm. In September, he was sentenced to 41 months in prison, followed by three years of supervised release.

In early October 2020, the ADL’s Center on Extremism (COE) identified Paul Miller as a volatile New Jersey-based white supremacist, who at the time was using the screen name Gypsy Crusader. Concerned by his increasingly radical and violent rhetoric, as well as his online display of various weapons and real-life extremist related activities, the COE reported him to federal law enforcement authorities in New Jersey. Later that month, the COE tracked Miller to Fort Lauderdale, Florida, and again shared significant intelligence about Miller with state and federal law enforcement. 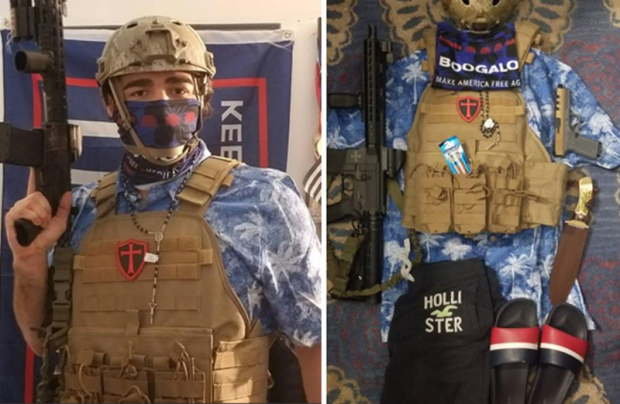 Miller appears to have launched his journey into extremism via the boogaloo movement. In April 2020, he protested, alongside other boogalooers, the police shooting death of right-wing extremist Duncan Lemp. Miller posed in front of the Montgomery County Police Department Headquarters in Gaithersburg, Maryland, holding a boogaloo flag.

Miller also posted a photo (believed to have been taken in May 2020) on Telegram of himself dressed in boogaloo attire and standing with Ian Smith, a Bellmawr, New Jersey, gym owner who has attracted media attention for violating New Jersey coronavirus orders. 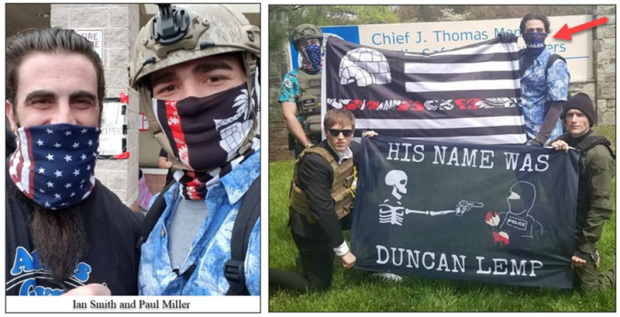 By early October 2020, Miller’s views appear to have become much more radical. He began posting videos of himself clad in body armor, flashing weapons and giving Hitler salutes while delivering ideological tirades that included calls for a race war.

In an October 8, 2020 video posted on Telegram, Miller angrily blamed antifa and the Black Lives Matter movement for his radicalization, and claimed he lost his job and was kicked out of his boxing gym because he was “doxed.” He said, “After all of that, that is why I became so fucking radical. That is why I want these fucking niggers, and these fucking Jews, and these fucking communists to face the fucking wall. I’m done with them. I don’t want to talk any more. There is no more debate. Alright? There’s no more bullshit, yeah let’s talk it out, yeah let’s give them some rights. Fuck them. Fuck these niggers. Fuck these Jews.”

In another October 8, 2020 Telegram post, Miller wrote a response to the arrests that thwarted a reported far-right extremist plot to kidnap Michigan’s governor: “The fbi [sic] stopped American citizens from our constitutional rights. Our government has become corrupt! The people know it we have a right to destroy this corrupt system! The fbi are jewish mercenaries that must be stopped.”

The next day, Miller posted another video on Telegram expressing support for accelerationism, a term white supremacists have assigned to their desire to hasten the collapse of society by starting a race war. Miller said, “The day of the rope is coming. It’s fucking coming. And if I can accelerate that shit I’m gonna fucking accelerate the hell out of it because it needs to happen. And I want to see it in my lifetime. I want to see it in my lifetime! I do not wish to leave this to our children. Do you understand? Our children don’t need to deal with this shit. We need to do it and we need to get it over with. It has to be in our lifetime.” 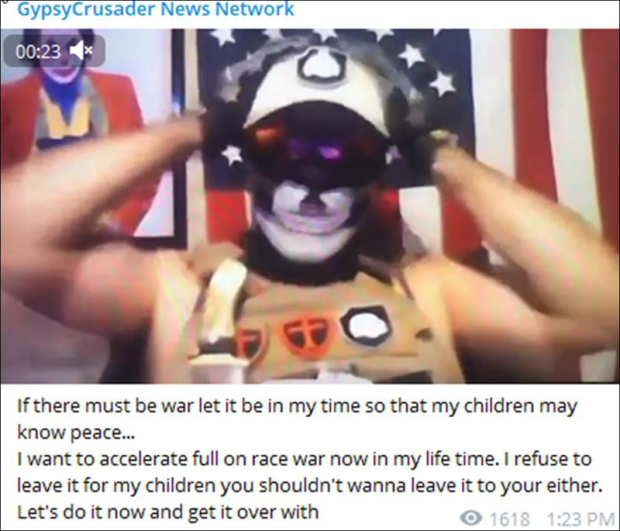 Miller’s activities were not just online. On October 9, he posted a Telegram video of himself at a New Brunswick, New Jersey, Trump rally saying to a Black woman holding a “Black Lives Matter” poster “only white lives matter” and “Heil Hitler.” He turned his camera to another Black woman and ask her to “give him a chimp out” (using a dehumanizing reference to “chimp” as a racist slur). He later drove past a larger group of protesters and repeatedly screamed, “Niggers’ lives don’t matter.”

Meanwhile, Miller became increasingly popular in extremist circles for his racist and misogynist abuse on Omegle, an online chat app. Miller uses the app to harass women and minorities while dressed as supervillain comic book characters, then posts these interactions online to entertain his followers. He also began to sell white supremacist patches to his online followers.

By the end of October 2020, Miller had relocated to Fort Lauderdale, Florida, where he continued his online antics. He also continued his real-life activism by distributing white supremacist propaganda. 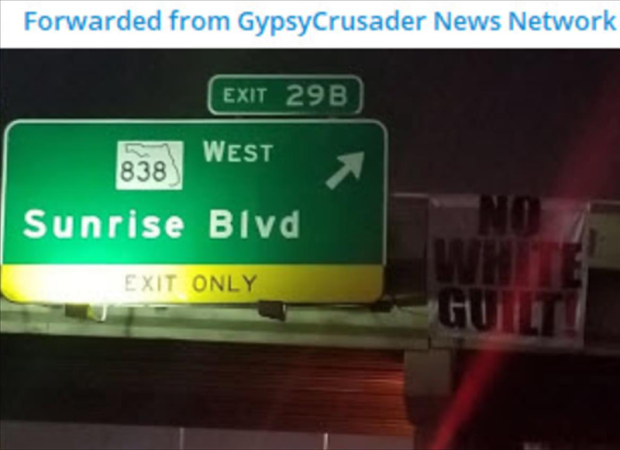 In late November 2020, Miller hung a banner that read “no white guilt” from a Fort Lauderdale overpass as part of a coordinated nationwide white supremacist banner drop.