White Supremacists and Other Extremists Welcomed at CPAC 2019

Organizers of this year’s Conservative Political Action Conference (CPAC) prevented some white supremacists from attending the event, which resulted in fewer extremist attendees than in years past. A number of extremists, however, were welcomed into the conference.

Peter Brimelow, a white supremacist who runs the racist, anti-immigrant site VDARE, was granted entry to CPAC.  Brimelow’s site publishes writing by  white supremacists such as Jared Taylor, who runs American Renaissance, an online publication that also  sponsors conferences; Brad Griffin, aka Hunter Wallace, a leader in the racist, anti-Semitic League of the South and blogger at Occidental Dissent, and Jason Kessler, a key organizer of the 2017 white supremacist Unite the Right rally in Charlottesville, Virginia. 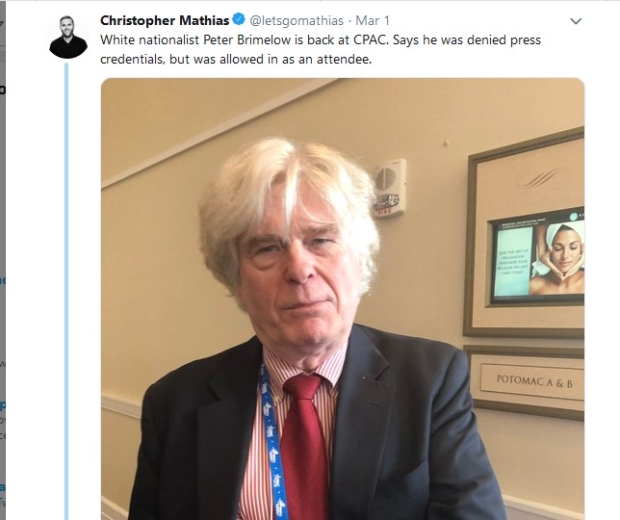 Faith Goldy, a Canadian white supremacist, also attended CPAC.  She has promoted the “white genocide” narrative, recited the white supremacist “14 words”  on an alt right podcast, and appeared on a podcast of The Daily Stormer, a site run by neo-Nazi Andrew Anglin.

While at CPAC, Goldy interviewed Brimelow, Michelle Malkin, a right-wing commentator who spoke at CPAC and attacked diversity and immigrants, and Laura Loomer, a far-right activist and anti-Muslim bigot. Loomer was granted a media pass, which was revoked after she reportedly harassed a journalist. 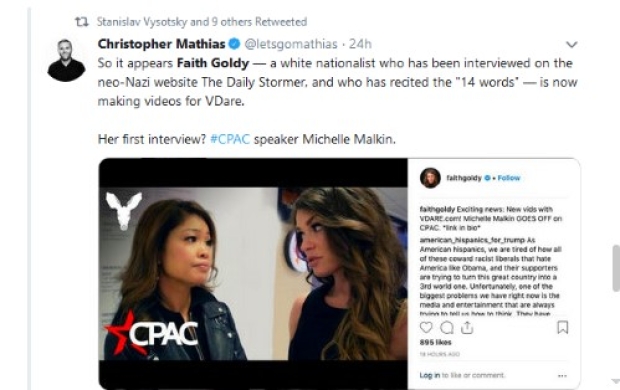 Other white supremacists like Patrick Casey, who heads Identity Evropa, and Nick Fuentes, who hosts the "America First"  podcast and is scheduled to speak at the white supremacist American Renaissance conference in May, were reportedly turned away from the event. However, a photo on Twitter showed Fuentes getting in the door. 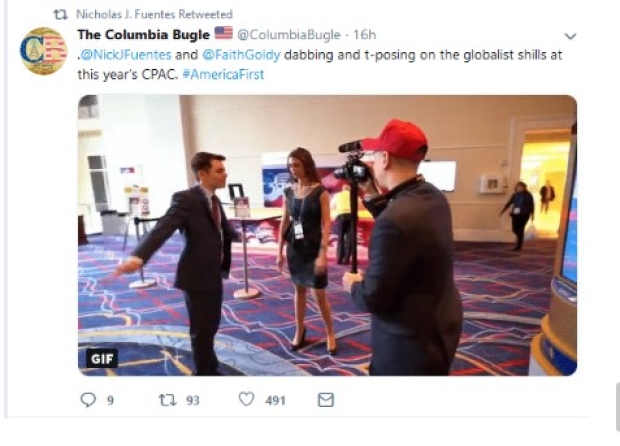 Both men attended CPAC in 2018, when Casey and other Identity Evropa members handed out the group’s business cards and chatted with attendees.

CPAC 2019 also hosted a panel on China featuring anti-Muslim bigot Frank Gaffney, who heads the Center for Security Policy, a neo-conservative think tank that publishes books and pamphlets promoting the conspiracy theory that America is under threat from “Islamization,” and that the implementation of Islamic law is imminent.