White Supremacists Up in Arms over Tubman on $20 Bill 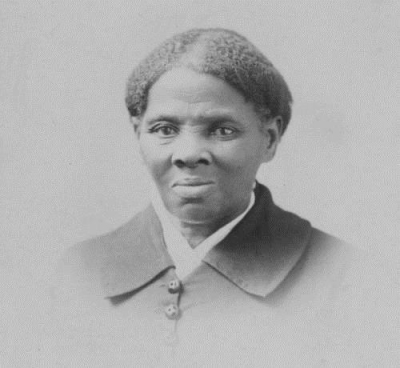 On April 20, the U.S. Treasury Department announced that famous abolitionist and rescuer of slaves Harriet Tubman will be the new face of the $20 bill, replacing Andrew Jackson (who moves to the bill’s back). The move is intended to answer a long-standing call for more diversity on America’s paper currency. Tubman, a former slave herself, helped hundreds of other slaves escape into freedom.

Initial reactions were largely positive—but not among racists and white supremacists, who wasted no time reacting to the news with ferocious--and unsurprising--venom. “Talking monkey Harriet Tubman to replace Indian killer Jackson on $20 bill,” Andrew Anglin, editor and founder of the white supremacist Daily Stormer website, announced on his blog.  A forum member on the white supremacist message board Stormfront warned, “Just make very sure you don’t ‘integrate’ this new $20 bill into your wallet. You’ll likely find the rest of your money missing in no time.”

Other Stormfront contributors posited the idea of “having fun” with the new bill by defacing it. One suggested he would make a stamp with a “white nationalist cross” and the words “White Pride World Wide” to emblazon on every $20 bill he encounters. Yet another pledged never to use the new $20 bill, to demand to be given other bills instead.

On Facebook, racist comments also surfaced quickly. Someone posting as “Pete Lambro” wrote, “Who the hell is harriet tubman [sic]…if Obama want to put an african americans [sic] Picture [sic] on something how about food stamps or ebt cards.”  In another Facebook posting,  a “Nick Francis” complained that “now we have to stare at a monkey every time we get paid.”

Others were quick to introduce anti-Semitic conspiracy theories, alleging that the Treasury Department announcement was the brainchild of the Jews.  One anti-Semite posted to his Facebook page the comment “More Zionist Jack Jew,” referring to Treasury Secretary Jack Lew.  A Stormfront poster using the screenname Proud_White_Chap asked, “Who cares who Jews put on their fake paper? Andrew Jackson fought against them and they besmirched his memory by placing him on the 20 dollar bill.” This seems to be a reference to the anti-Semitic belief that Jews control the banking system and to the fact that Jackson dismantled the U.S.’s national bank.

A Treasury spokesperson said the design for the new bills will be made public in 2020, the centennial of women winning the right to vote. The actual currency, however, won’t be in circulation until 2030, giving white supremacists plenty of time to gnash their teeth and accumulate other denominations.

White supremacists will probably be no happier with the new $5 and $10 bills, however, which are to feature five women’s suffrage activists, Eleanor Roosevelt, and African-Americans Marian Anderson and Martin Luther King, Jr., on the reverse sides.