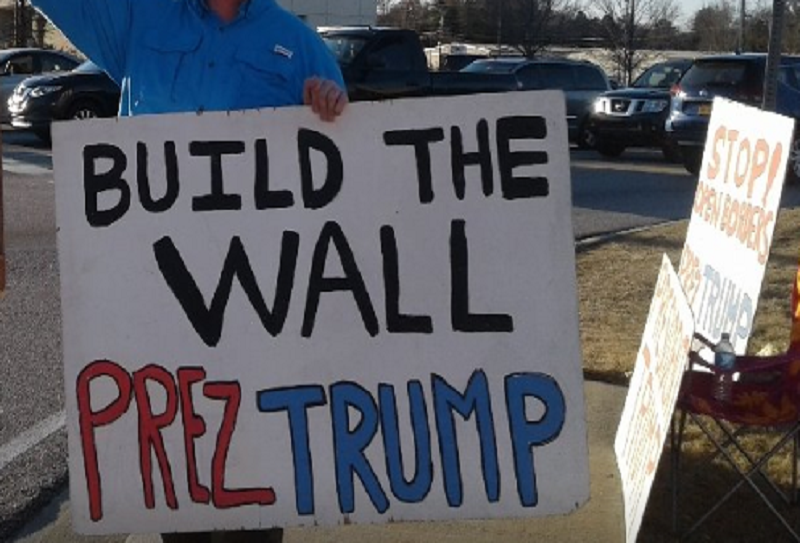 The neo-Confederate South Carolina Conservative Action Council (SCCAC) will hold a “Build the Wall” rally on Saturday, October 13 at the Federal Building in Greenville, South Carolina. They will be joined by members of the Nationalist Liberty Union, a small, relatively new, white supremacist group based in Georgia. 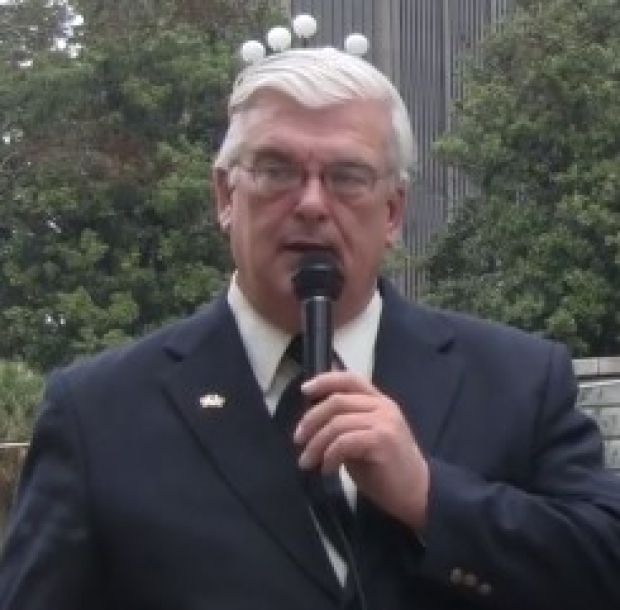 SCCAC is a neo-Confederate organization led by William G. Carter III, who also acts as the editor of the group’s newspaper, The Conservative Action Report. Carter’s ties to the white supremacist movement date back as far as 1992 when he was the presidential campaign manager for David Duke, a former Klan leader. During the 1990’s and well into the 2000s, Carter was the leader of the South Carolina chapter of the white supremacist Council of Conservative Citizens.

For years, SCCAC fought against the removal of the Confederate flag from South Carolina’s statehouse grounds. They lost that fight in 2015 after lawmakers passed a bill to remove the flag in the wake of Dylann Roof's shooting rampage at Emanuel AME Church in Charleston.

Since then, SCCAC members have participated in demonstrations against the removal of confederate monuments. Members Jim and Alice Horky, of Piedmont, South Carolina, attended the August 2017 “Unite the Right” rally in Charlottesville, Virginia. During the rally, Jim Horky wore a shirt with a white supremacist slogan and had visible white supremacist tattoos on his arms.

In January 2018, Russell L. Walker, a white supremacist candidate for the North Carolina State House of Representatives, participated in a SCCAC rally in favor of keeping Confederate monuments in South Carolina’s capitol rotunda. According to the August-September 2017 edition of The Conservative Action Report, Walker also filed a writ of mandamus against York County, South Carolina’s Clerk of Court, David Hamilton for refusing to return portraits of Confederate Army leaders Robert E. Lee and Stonewall Jackson to the County Courthouse after an extensive renovation.

On his campaign website, Walker opines on the “superiority” of white people and declares there is “no such thing as equality.” Walker has used a racial slur in reference to Martin Luther King, Jr., and said that Jews are the descendants of Satan. State and local GOP officials have repeatedly denounced Walker’s candidacy.

On September 29, another group, the Georgia-based Nationalist Liberty Union (NLU) announced via their Facebook page that their members would attend the SCCAC’s “Build the Wall” rally. The NLU, founded in January 2015, is a tiny Georgia-based white supremacist group whose goal is to make America a Euro-centric Christian nation.

Members of the group have publicly protested a range of issues and events including Muslim immigration, the removal of confederate monuments, and gay pride. 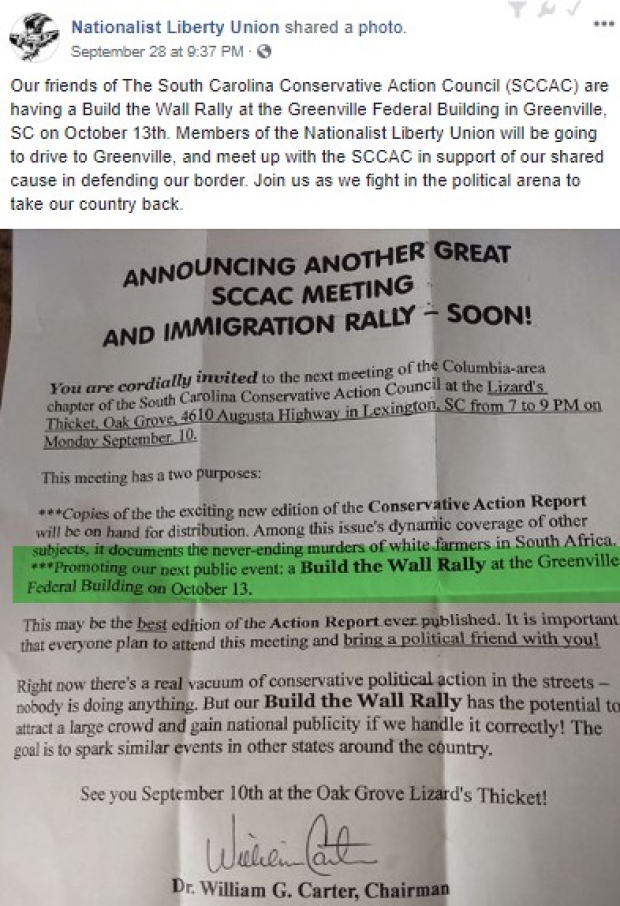 On social media, NLU members have promulgated a range of conspiracy theories, including anti-Semitic claims that Jews were behind the 9/11 terror attacks and that Jews control the media. They also promote the popular right wing conspiracy theories that public schools are brainwashing youth to embrace “New World Order” values of globalization and diversity.

NLU has promoted and/or petitioned for white supremacist criminals such as Matthew Hale (who founded the Creativity Movement), the late Gary Yarborough (a member of The Order, a white supremacist terrorist group that operated in the Pacific Northwest in the early to mid-1980’s) and Oskar Gröning, who was sentenced to four years in prison for his role as a bookkeeper at Auschwitz. 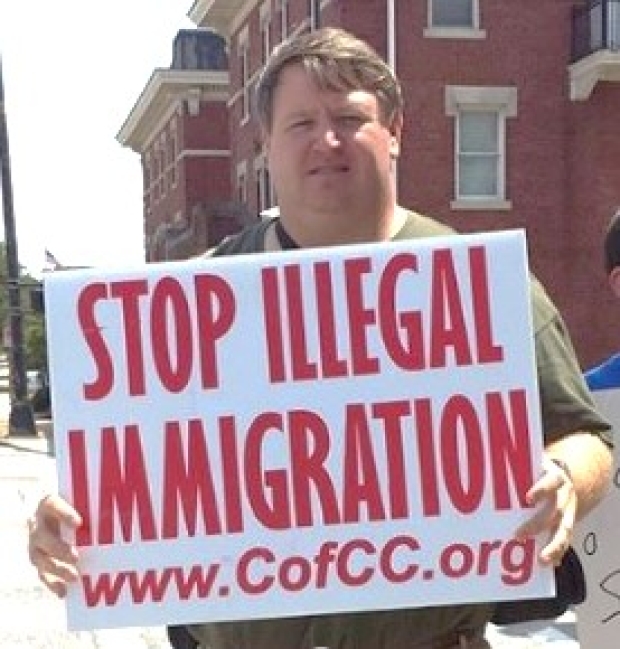 John Daniel Martin, who, like SCCAC’s William Carter, has been involved with the Council of Conservative Citizens, is a prominent member of NLU. In March 2018, a Richmond County grand jury indicted Martin for vote-buying during local elections in Blythe, Georgia. The felony charges, which are still pending, allege that Martin bought alcohol for an underage teen in exchange for a vote for mayoral candidate Phillip Stewart.

Following the vote-buying allegations against him, Martin lost his own bid for a seat on the Blythe City council in a run-off election, after his opponent challenged the initial election results citing voting irregularities.