Why I’m Speaking to Students at J Street U 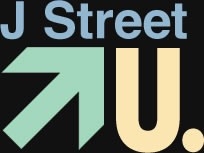 This morning, I will speak to students at the J Street U National Assembly, the annual gathering of more than 200 young leaders from across the country who converge on Washington D.C. to discuss the Israeli-Palestinian conflict, and to exchange views about what they can do on campus to advance a two-state solution. J Street U reached out to me seeking to engage with the Jewish community, eager to establish a relationship with the Anti-Defamation League (ADL) which it has never had.

As I begin to chart the course of my leadership, I felt it was important that I accept this invitation. I feel this way because of my conviction that it is vital to engage with all members of our community, even and especially those with whom we might have disagreements.

We can’t talk only to those who are aligned with us on every point.

In our time of hyper-polarization and the erosion of civil discourse, I believe it’s imperative that the organized Jewish leadership models the traits that we want to define the broader politics in our country. When I started my tenure as CEO, the country was locked in a bitter debate over the Iran deal. More than anything, the experience showed me that our community suffers from an inability to thoughtfully and respectfully engage across political divides.

I saw it firsthand as Jews who supported the deal as well as those who opposed the deal both were attacked viciously for their views, particularly by fellow Jews. I was dismayed by the self-destructive behavior — taking out newspaper ads, plastering municipal buses, excoriating others with ad homenim attacks — such attacks don’t advance the debate. They diminish all of us.

For a people who elevated the notion of dissent as a bedrock principle of our religious practice, the unwillingness to countenance opposing views is counter to the best traditions of our people. As a leader, I will not engage in these tactics. Instead, as the CEO of ADL, I will be an active advocate for civility and avoid the politics of personal destruction.

Building from this frame, I see my remarks today as a major opportunity for ADL to accomplish two things.

The first is to deliver the message that, at ADL, we are committed to ensuring Israel remains a safe and secure, Jewish and democratic state, as enshrined in its proclamation of independence. It was that remarkable Zionist vision expressed from the cradle of Israel’s birth that captured the imagination of the Jewish people and the world, the notion that Israel would be a country unlike all others:

“…based on freedom, justice and peace as envisaged by the prophets of Israel; it will ensure complete equality of social and political rights to all its inhabitants irrespective of religion, race or sex; it will guarantee freedom of religion, conscience, language, education and culture…” 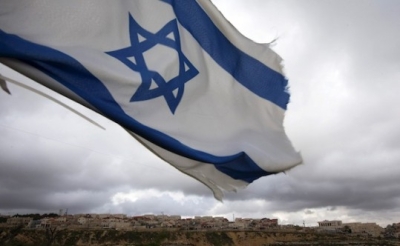 That is why ADL has had a policy of support for a two-state solution for decades. This means advocating for the legitimacy and security of the Jewish state even as we support Palestinian dignity and equality of Arab citizens in Israel. These ideas should not be in conflict. Rather, they are consistent with our centennial commitment to civil rights and social justice.

Secondly, I see an opportunity to deliver an important message to these impassioned students who are galvanized by the imperative to achieve Israeli-Palestinian peace. At ADL, we equally want to see a resolution of the conflict. Israel must take real, meaningful measures to promote an end to the impasse. However, the idea that peace can be brought about only by applying pressure to one side of the conflict — Israel — is a strategy bound to backfire.

Further isolating Israel at a time of great local tumult and regional volatility will only reinforce the political psychology of Israelis who eye concessions made in the context of negotiations with the Palestinians as inevitably endangering them. And this fear is real. It is substantiated in the unraveling of the modern Middle East, the rise of violent non-state actors committed to the destruction of Israel, terrorist groups like Hezbollah, ISIS and Hamas, and the regional power of Iran whose revolutionary ideology remains firmly rooted in anti-Semitism. As Israelis look around they see regional chaos engulfing their neighborhood: wholesale slaughter in Syria, chaos in Sinai, challenges to the stability of their friends in Jordan. Any reasonable approach to solving the conflict in order to be credible in the eyes of Israel must bear in mind this new reality.

Given these facts, it is only the constancy of American guarantees of moral and physical support that will undergird an eventual agreement. And undermining that support endangers the prospects of peace. While a responsible approach should recognize that there are steps that Israel must take to ensure the viability of a two-state solution, a reasonable approach must have expectations of the Palestinians as well.

Ignoring the steps they also must take, compromises they too must make to achieve peace, does a deep disservice toward that goal. 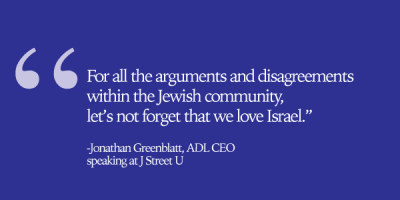 The fact is that the Palestinians, under the leadership of President Mahmoud Abbas, twice rejected serious Israeli peace offers, once in 2008 during direct talks between Prime Minister Ehud Olmert and Abu Mazen, and again under the Obama Administration — an administration which I was a part of. When President Obama offered President Abbas an American framework document for the resolution of the final status of the Israeli-Palestinian conflict, Abbas decided to ignore it entirely. That is an inconvenient fact for some who wish to portray the Israeli-Palestinian conflict as a simplistic story of Israel’s unwillingness to make peace. But it is a fact that cannot be ignored.

The champions of Palestinian self-determination must hold the Palestinian leadership to task for its failures as well.

But even as I will make these points, I want to stress that despite this, we must find the areas where we can be partners.

It is vital to be in conversation with these students and the next generation of American Jewish leaders because it they who can credibly broker critical conversations on campuses rooted in a commitment to peace, while unmasking the damaging effects of BDS and anti-normalization.

The imperatives for social justice today do not lie in the Israeli-Palestinian negotiations alone. We cannot let our differences over how to achieve Israeli-Palestinian peace keep us from working together to address so many other challenges facing our nation. There are vital issues of structural racism that we must address now, matters of pressing racial injustice that wrack our own society. There are demagogues rising to power in Europe and the introduction of a terrible new type of political discourse that threatens our fundamental values.

The Anti-Defamation League was founded in 1913 with an enduring mission that still rings true today: to stop the defamation of the Jewish people and to secure justice and fair treatment to all. For more than 100 years, we have worked to fight anti-Semitism and all forms of bigotry even as we equally have fought for civil rights and social justice for Jews and other marginalized people.

But it always has been a shared struggle, one that we have not waged ourselves but that has been a product of alliances, coalitions and partnerships. And the work is not yet complete. There is still much to do be done. Hopefully we can do it, together.