Winston Shrout: The Rise and Fall of a Sovereign Citizen Guru

Federal prosecutors in Portland, Oregon, obtained a 19-count grand jury indictment in mid-March against Winston Shrout, a Hillsboro, Oregon, resident and one of the most prominent sovereign citizen gurus in the United States, a man whose videos and seminars have attracted thousands of people to the anti-government extremist movement. 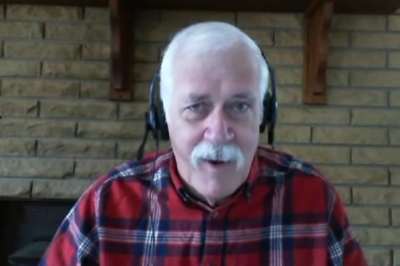 Debt elimination schemes are also extremely common within the sovereign citizen movement; sovereigns use their pseudo-legal language and concepts to convince victims that, for a fee, their mortgages or other debts can simply be made to vanish. Often, fictitious financial instruments and debt elimination schemes go hand in hand.

The federal indictment accuses Shrout of creating and spreading more than 300 bogus “International Bills of Exchange” and “Non-Negotiable Bills of Exchange,” instruments with a combined face value of over $100 trillion (but worthless in fact). The indictment claims that Shrout used such instruments himself and also marketed them as a way for others to pay off their debts. Shrout is also charged with 6 counts of willful failure to file income tax returns.

The indictment is a superseding indictment, adding the fictitious instrument charges to the tax charges, which were originally filed against Shrout in December 2015. Since that original indictment, Shrout has declined to use an attorney—a common tactic for sovereigns—and has defended himself using sovereign citizen filings that, among other things, declare his refusal to consent to the jurisdiction of the federal court or to be taxed by the IRS.

Shrout, 67, has been one of the most influential leaders of the sovereign citizen movement in the 21st century. Sovereign citizens believe that, long ago, an evil conspiracy infiltrated and replaced the original “de jure” government with an illegitimate, tyrannical “de facto” government. They claim that the “de facto” government has no authority or jurisdiction over them, which allows them to rationalize ignoring or breaking virtually any tax, law, regulation, or court order. The movement is dominated by a coterie of gurus, the people who come up with the movement’s pseudo-legal theories—as well as its often-illegal tactics—and teach them to their followers.

Shrout grew up in Kentucky but resided in Utah for much of his life before finally moving to Oregon. Shrout has said he is a college graduate but worked various blue-collar jobs such as carpenter, welder, and construction worker until 1998, when, as he put it, “as luck would have it I was able to retire.”

Following this early “retirement,” Shrout encountered the sovereign citizen movement at a time when it was enjoying a burst of popularity. This was due to a new compilation of sovereign citizen theories and tactics, often referred to as “redemption” or “straw man theory,” which swept through the movement in 1999 like a wildfire and still remain quite popular to this day. Longtime sovereign citizen guru Roger Elvick came up with redemption theory—acting on it would eventually land him in prison—and shared it with a group of disciples who became gurus travelling the country, holding seminars and selling manuals and videos explaining redemption theory and its various associated tactics. Many of those disciples are now themselves in federal or state prison.

Shrout has at times seemed to imply that he learned redemption theory from Roger Elvick, but Shrout’s earliest sovereign citizen filings appear to date from 2000, by which time redemption theory was already quite popular in the movement. In August 2000, he filed a notarized document explaining—in sovereign citizen pseudo-legalese—how he had refused to sign or accept a traffic citation from a Washington County, Utah, sheriff’s deputy.

Two months later, Shrout filed his first bogus lien—a common harassing tactic that sovereigns use against perceived opponents or enemies. Shrout filed a $1,340,000 lien dubbed an “Affidavit of Obligation” against Unified Industries, Inc., which is a corporation that holds resources and business enterprises associated with the Apostolic United Brethren (AUB), one of the major fundamentalist Mormon polygamist sects in Utah. The lien stemmed from some sort of dispute Shrout had with El Rancho Motoqua, a subsidiary company of Unified Industries established to create a polygamist community in southern Utah. In such communities, properties are often not owned by individual business owners or residents but rather by a holding company or trust run by the sect. Shrout seems to have been permitted a residence in Motoqua and came into conflict with the polygamists running the community. In the bogus lien, Shrout complained that he had been threatened with “removal” from his house and that he was “excluded from participation in the religious ceremonies and usages” held inside a community building.

Was Shrout himself an adherent of the polygamist AUB? It is not entirely clear from the lien document, though at one point Shrout refers to himself “and several thousand other fundamentalist Mormons.” However, non-adherents have sometimes resided in AUB communities. Some adherents of polygamists sects have gotten involved with the sovereign citizen movement. Shrout’s stepdaughter, April Rampton, was a resident of Motoqua as late as 2012, before she herself was convicted in federal court on nine counts of filing false tax claims while engaged in a common sovereign citizen and tax protest scheme.

Before the end of 2000, Shrout filed a series of redemption-related documents and he soon became a redemption guru, teaching the theory to sovereign audiences. In 2004, Shrout and Patricia Bekken formed an entity called Solutions in Commerce to market sovereign seminars and workshops. Shrout proved to be a popular speaker, with a folksy demeanor that he deliberately played up, referring to it once as “hillbilly shtick.” The debt elimination schemes that Shrout promoted were also popular; one admiring extremist in 2004 referred to Shrout as a “top dawg” among such promoters.

Shrout’s reputation within the sovereign citizen movement grew in the mid-2000s, but it was the social media revolution that really helped propel him to the top ranks of sovereign gurus, as YouTube videos of some of his appearances and seminars began to circulate widely by 2008-2009, bringing him far greater attention and popularity. This same time period corresponded with the beginnings of the great recession and the mortgage crisis, events that helped spawn a major resurgence of the sovereign citizen movement by creating a large pool of angry and desperate people who were potential recruits.

Shrout held seminars across the country but hardly limited his activities to the United States. In the 1990s, the sovereign citizen movement had taken root in Canada, so Shrout spoke to attentive audiences in that nation—until Canadian authorities finally prohibited him from entering the country. But Shrout found other international audiences, holding seminars in Australia, New Zealand, and Great Britain, helping to bring the sovereign citizen movement to all of those countries—to the dismay of authorities.

More recently, Shrout expanded beyond strictly sovereign notions to express himself on UFOs and other “New Age” issues, claiming that in the early 2000s he and friends of his have been visited by alien “Pleiadians.” He’s made references to everything from incarnated fairies to “Hollow Earth” theory. Several years ago, Shrout set up a new website, dubbed Exo-Commerce, to provide “insight from a universal perspective,” which appears to be an attempt to blend sovereign citizen theories and tactics with “New Age” beliefs. It is difficult to determine whether these are sincerely held beliefs or merely a cynical attempt on the part of Shrout to expand to another gullible audience.

The new federal charges against Shrout could put an end to such opportunism, cynical or sincere. If convicted on all charges, Shrout may face what could be an effective life sentence.