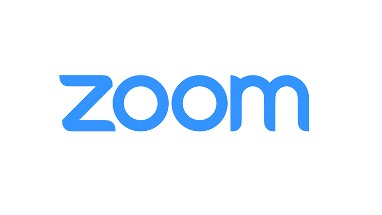 As of February 25, 2021, more than 30 virtual events celebrating Black History Month have been disrupted by racist Zoombombing attacks. Zoombombing first gained attention nearly a year ago, during the early days of the coronavirus pandemic, as extremists and anonymous online trolls took advantage of the new reliance on virtual conferencing technology by disrupting a wide range of events, often targeting marginalized communities.

At least four of the incidents this month—all targeting college campuses—included video footage of known white supremacist Philip Hedley (aka Catboy Kami, as he is known on social media) in blackface or dressed as a police officer and "reenacting" the murder of George Floyd. Hedley previously gained attention for using the same tactic to harass people on the video chat platform Omegle.

On 4chan, a website frequented by extremists, hundreds of anonymous users openly coordinated and encouraged some of the targeted attacks throughout February, sharing Zoom links for Black History Month events and suggesting strategies for when and how to disrupt scheduled speakers. In one 4chan thread, a user asked, “Does anyone have access to active zoom links for us to troll? Hopefully ‘anti-racism/black history month’ related.”

Another 4chan poster suggested that fellow Zoombombers “join with [a] minority name (Ishmael, Tyrone, Daluan)” and “start lowkey trolling and racebaiting, don't be too obvious.” After the attacks, 4chan users celebrated their efforts by reposting media coverage of the incidents and mocking statements from officials denouncing the Zoombombings.

Below is a sampling of racist Zoombombing attacks targeting Black History Month events in reverse chronological order, compiled from news reports and social media. Where there are media reports about the events, we have included links.

In addition to Zoom sessions explicitly advertised as Black History Month events, other recent Zoombombings have also targeted Black speakers, audiences and related topics. In late January, Zoombombers bombarded the Penn State Black Caucus with racist, antisemitic and anti-LGBTQ+ slurs. In Longmeadow, MA, a Racial Justice Task Force meeting was disrupted by racial slurs and swastikas, and a Diversity, Equity, and Inclusion (DEI) event at Tufts University in Medford was Zoombombed while a Black speaker was presenting. A church service in Michigan celebrating Civil Rights Era activists was disrupted with racist threats. Zoombombers also targeted Black politicians on multiple occasions in the past month. Outside the U.S., Black student groups in Scotland and Canada were among those recently harassed in racist Zoombombings.

These recent incidents are a reminder that groups should take steps to safeguard their virtual meetings and, should a Zoombombing attack occur, groups should document as much information as possible while it occurs. The following ADL resources provide tips for securing Zoom meetings and what to do during/after an incident:

What is "Zoombombing" and Who is Behind It?