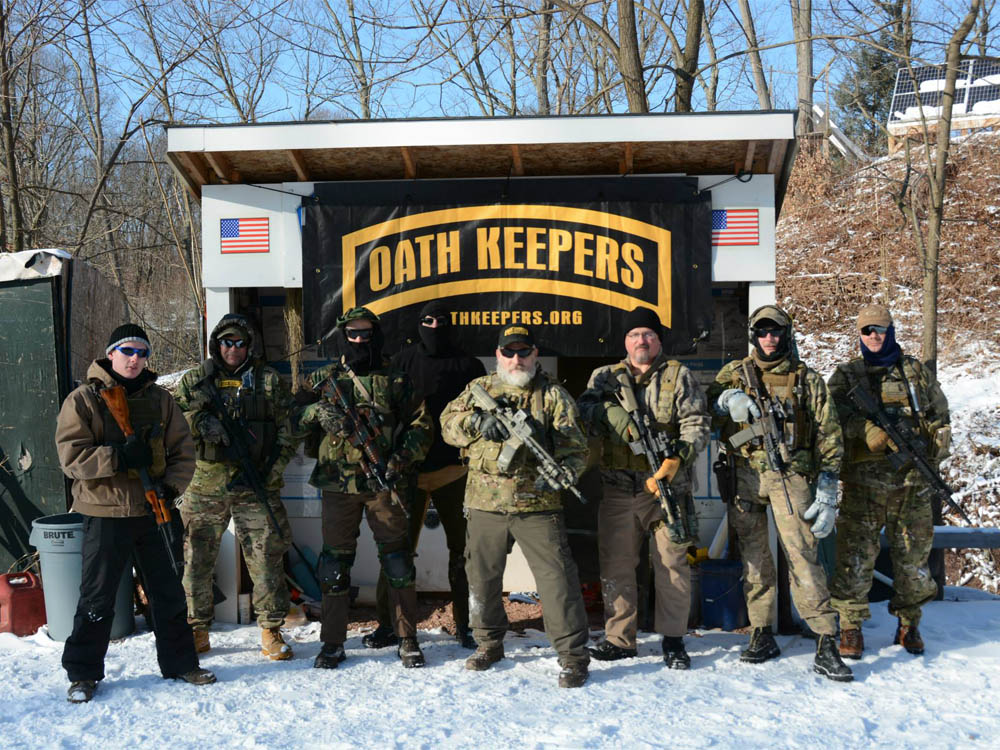 Although the term “anti-government extremism” can be used generically to refer to any fringe movement with an antipathy towards the government, or even the idea of government itself, in the United States the term is usually used to describe a specific set of right-wing extremist movements and groups that share a conviction that part or all of the U.S. government has been taken over by a conspiracy and is therefore not legitimate. Collectively, these movements and groups are often referred to as the “Patriot” movement (see below).

The anti-public lands movement is a conservative political movement based primarily in the western United States that opposes federal stewardship of publicly-owned lands and seeks for public land to be turned over to private ownership to be exploited for ranching, mining, logging and other pursuits. The movement has been known by many names since the 1970s, including the Sagebrush Rebellion, the Wise Use movement and the country rule movement. The more moderate wing of the anti-public lands movement includes prominent business owners and officeholders in western states, but its extreme wing has been responsible for bombings and standoffs and sometimes allies itself with the “Patriot” movement.

A false interpretation of a matter that explains its subject as the result of a conspiratorial undertaking. For example, a conspiracy theorist might claim that a nation is secretly under the control of some sort of cabal rather than by its actual government. Conspiracy theories often emerge from a desire to seek larger, more complex answers to incidents that are actually relatively straightforward in nature. They can also be created by people seeking to delegitimize unwelcome events. For example, anti-government extremists, unwilling to accept that some of their own committed the Oklahoma City bombing, constructed a conspiracy theory that the federal government had deliberately bombed its own federal building. Finally, some conspiracy theories can be used to demonize groups of people, as anti-Semitic conspiracy theories do.

An anti-government extremist movement that emerged in the mid-1990s as a reaction to a number of unpopular laws, particularly gun control laws, and to deadly standoffs involving federal law enforcement agencies. The core belief of the militia movement is that the federal government is collaborating with an evil conspiracy known as the “New World Order” (see below) to strip Americans of their rights and freedoms, starting with their right to keep and bear arms, after which they will be absorbed as slaves into the New World Order. Militia adherents vow to fight against this conspiracy, typically comparing themselves to the colonists who took up arms against the British during the Revolutionary War. The militia movement originally had a strong paramilitary orientation, but it has expanded beyond paramilitary groups with concepts such as the Three Percenters and Oath Keepers (see below).

A term used to refer to a right-wing conspiracy theory that became popular among anti-government extremists from the 1990s onwards. “New World Order” conspiracists believe that a tyrannical, socialist “one-world” conspiracy has already taken over most of the planet and schemes to eliminate the last bastion of freedom, the United States, with the help of collaborators within the government. Through repressive measures, as well as manufactured crises such as terrorist attacks and pandemics, the globalist conspirators seek to eliminate dissent and to disarm Americans so that the “New World Order” can move in and enslave them. “New World Order” conspiracists also commonly believe that hundreds of concentration camps have been built in the U.S., ready to house dissenters; that the government will declare martial law, possibly on a pretext such as responding to a terrorist attack; and that the government will engage in mass gun confiscations.

A large and loosely-organized anti-government extremist group started by attorney E. Stewart Rhodes, the Oath Keepers emerged as part of a resurgence of the militia movement in 2009. They are not a paramilitary group but see their purpose in trying to spread the anti-government ideology of the militia movement among, and to seek recruits from, former and active duty military personnel, law enforcement officers and first responders. However, such a background is not required for membership.

A collective term used to describe a set of related extremist movements and groups in the United States whose ideologies center on anti-government conspiracy theories. The most important segments of the “Patriot” movement include the militia movement, the sovereign citizen movement and the tax protest movement. Though each submovement has its own beliefs and concerns, they share a conviction that part or all of the government has been infiltrated and subverted by a malignant conspiracy and is no longer legitimate. Though there is some overlap between the “Patriot” movement and the white supremacist movement, that overlap has shrunk over time; there are, in fact, people of color within the “Patriot” movement, particularly within the sovereign citizen movement.

Skousenism is a term used to describe the political philosophy of ultraconservative political theorist W. Cleon Skousen (1913-2006). Skousen advocated a philosophy centered on advocacy for extremely limited federal government, anti-Communism, conspiracy theories and Mormon theology. Skousenites occasionally win public office in western states (controversial 1980s Arizona governor Evan Meacham was a Skousenite, for example) but exist primarily on the political fringes; at their most extreme, they merge with the anti-government extremist “Patriot” movement.

A large anti-government extremist movement with origins dating back half a century, sovereign citizens believe that, back in the 1860s, a conspiracy began to infiltrate the government, subverting its laws and replacing them with tyrannical laws. This conspiracy eventually replaced the original, “de jure” government with a new, illegitimate “de facto” government designed to enslave people. Sovereign citizens believe that they can declare their “sovereignty” and return to the pre-conspiracy government, after which the “de facto” government has no authority or jurisdiction over them. Sovereign citizens thus believe they can ignore laws, rules, regulations and taxes; as a result, the movement has a high association with criminal activity, violent and non-violent. Though the sovereign citizen movement began in the United States, it spread to Canada in the 1990s and to other English-speaking countries in the 2000s.

The oldest wing of the “Patriot” movement, the tax protest movement dates back to the mid-1960s. In contrast to people who merely dislike taxes, adherents of the tax protest movement claim that they have a Constitutional or legal right not to pay income taxes. Tax protesters use pseudo-legal arguments to assert that they have no such obligations, such as the notion that income taxes apply only to corporations, not individuals, or that the Sixteenth Amendment, which authorized the federal income tax, was never lawfully ratified. Adherents claim that a conspiracy is hiding the fact that most Americans need pay no taxes, so that Americans will continue to pay. The movement was exported to Canada in the 1990s. The right-wing tax protest movement should not be confused with a different, left-wing tax protest movement that opposes paying taxes on moral grounds due to the fact that income taxes go to support the U.S. military. Such tax protesters are often known was “war tax resisters.”

A wing of the militia movement that arose as part of a resurgence of the militia movement in 2009. The term “Three Percenter” refers to the erroneous belief that only 3% of colonists fought against the British during the Revolutionary War—but achieved liberty for everybody. Three Percenters view themselves as modern day versions of those revolutionaries, fighting against a tyrannical U.S. government rather than the British. With anyone able to declare themselves a Three Percenter, the concept allowed many people to join who were not suited, physically or by inclination, to engage in paramilitary activities. The Three Percenter logo—the Roman numeral III—has become very popular among anti-government extremists.